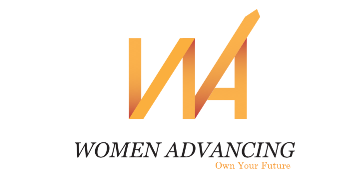 There has been a spate of articles regarding the role of women in business recently from the New York Times’ “Speaking While Female” by Sheryl Sandberg and Adam Grant to the Harvard Business Review’s “What Makes a Team Smarter?” by Anita Woolley and Thomas W. Malone. (Hint: It is the inclusion of women.)

Interestingly, these two articles help to frame an interesting conflict that faces many women in our 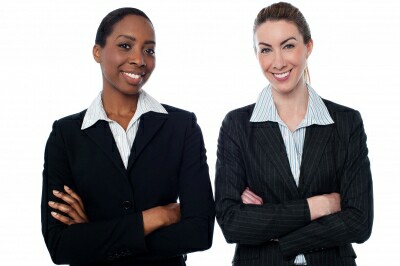 The New York Times notes that women have trouble getting heard in meetings. Those who speak up are often interrupted by male colleagues and any good ideas they offer are often appropriated. “If a man talks in a meeting, he gets a hearing. A woman gets interrupted.”

So my takeaway from these two articles forms a contradiction. The good news is that it benefits companies to include women in decision groups. The bad news is that the dynamics of these groups suppress and discourage women’s input.

Since the Times article cited an example from the television industry -- the writer’s room of “The Shield,” where the female writers essentially gave up contributing ideas and opinions during meetings -- I was curious to know if women in other areas of media experienced similar treatment. So I sent out a query to a range of female media executives to see if this article resonated with them as it did with me.

The response was almost immediate. I received several emails at once detailing instances of being interrupted by direct reports, top management and colleagues, of ideas appropriated and of feelings of great frustration. One example from a Vice President of Research at a cable network was, “I heartily agree with the article. I have had men on my team who reported to me and constantly interrupted me whether it was on a conference call or in-person.”

A Senior Vice President of Sales at a cable network wrote, “I have seen this type of behavior happen in round table meetings at big and small media organizations I've worked for. I've had my ideas ignored, until a man's similar idea is taken as 'great idea.' I'm not the type to keep quiet, however being too vocal labels women, and not necessarily in the best way. A few have broken out, but usually it is because they are empowered by someone higher up, who usually is a man.”

But not all of the women I contacted felt that way. Lack of control seems to correlate to how little power that woman held in the company. Both a President of Sales for a cable network and a CRO for a cable network group responded that they do not face this type of treatment. “I have not experienced this type of gender bias. I do however always see/hear people get interrupted whether male or female,” was one response. Another was, “Maybe I’m not being observant enough, but I don’t think this phenomenon exists in my company, or in industry organizations I’m active in … at all.”

It is good to know that at the rarified top corporate level negative behavior towards women’s contributions is rare. But, percentage-wise, there are fewer women in the C-Suite. Most women in media have layers of authority over them in addition to ingrained relics of corporate behavior around them. Some of those women are becoming disenfranchised. “There are UNCONSCIOUS biases at work,” wrote one sales director for a cable network group. “The dominant group thinks it's a meritocracy, when in fact, they are subtly advantaged by the fact that they are part of the stronger group. Once when I was at my previous company, I expressed the hope to a colleague that the next VP hired would be a woman, since there was a dearth of women in senior sales roles. I was shocked when he was appalled at my statement.”

It is not all darkness and tribulation. Solutions are simple: Make a conscious effort to diversify the workforce, promote qualified women to more thought leadership positions and recognize the dynamics at meetings and install rules if necessary.

With regard to more women in the workplace, “I am very lucky to be at a company where the majority of senior executives are women,” said one Vice President of Research for a cable network. “In research, the ratio of men to women has completely changed from when I worked here the first time. The department is predominantly women now.”

With regard to meeting rules, a President of Sales for a cable network stated, “My general rule of thumb is to allow people to finish their thoughts or comments whenever I am present in the meeting. People have come to respect this approach and everyone has their opinions heard. This approach however does require people to think first and to bring meaningful input because everyone will hear them.”

Perhaps the best advice to those who feel powerless is to find the confidence from within. A CRO with vast experience at agencies, television and print said, “The best advice I could offer is to focus on the one that is in our control: Believe in yourself, in your intelligence and credibility, and speak and act with confidence, wherever you are, not just in meetings. It worked for me.”

Interviews conducted by Charlene Weisler, Weisler Media LLC. She can be reached through her

Photo at top courtesy of freedigitalphotos.net