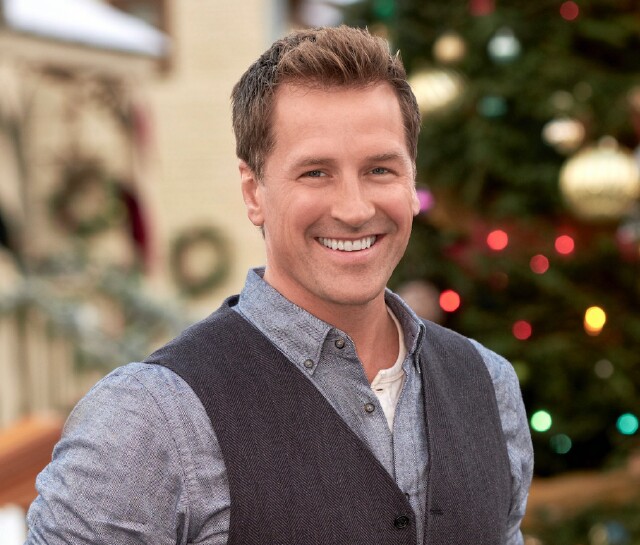 The cast of Hallmark Channel’s hit series When Calls the Heartunites Christmas night in the heartwarming holiday movie event When Calls the Heart: The Greatest Christmas Blessing.  The series, which concluded its fifth season in April, left viewers with many questions, but as series star Paul Greene (Dr. Carson Shepherd) assures, the movie will provide answers.  “Season five ended quite dramatically,” he explained while chatting with MediaVillage.  “This is the first time that fans will see Elizabeth (Erin Krakow) without her husband.  It also really delivers with a lot of parallel stories, one involving orphans that come to town.  In typical Hope Valley fashion, the town takes care of them.  There are all kinds of adventures and mysteries too and of course, a baby is born.  We also have three “not-so-wise”’ men on horses -- played by Jack Wagner, Kavan Smith and me -- out on an adventure in the snow. So, the Christmas element is there with ‘three not-so-wise men and a baby.’”

It’s been a year since Hallmark’s resident Cary Grant put his leading-man status on hold to join the ensemble cast of When Calls. (His last movie was 2017’s Christmas in Angel Falls opposite Rachel Boston.)  As he explained, he’s enjoying the experience of working on a series.  “There's a big difference between [an] ensemble cast and doing a movie,” he shared.  “It's certainly easier. [When you star in] a film you're working every day for 12 to 16 hours.  When Calls is probably the most envied set in Vancouver, as our crew is so good that we have family hours.  Other shows might have you working till 2 or 3 a.m.  We usually work from 7 a.m. till 7 p.m. so it's pretty reasonable for family life.

“Also, having a lot of actors in this ensemble is a whole different ballgame,” he continued.  “You all play as a team as it's about all of you telling the bigger story. I also get to come home to Los Angeles a lot during the five months we shoot, maybe about 15 times, to be with my 15-year-old son for his sports, see my girlfriend, and for [other] projects." 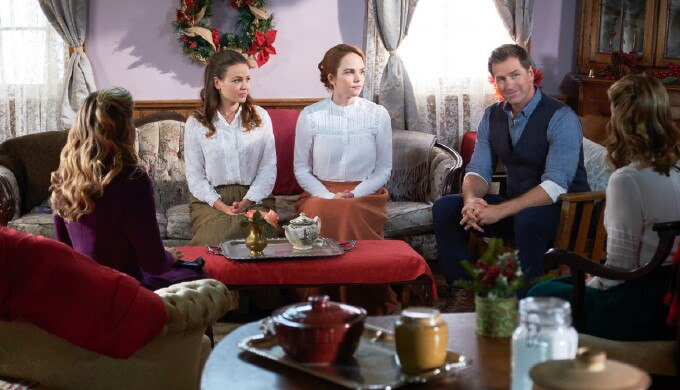 Still, there is a part of him that misses romancing and getting the girl at the end of a movie.  “To be honest I miss working a lot now that I'm not doing 17 movies a year," he laughed.  "But there's something to be said about leaving people wanting more.  I do a lot of films, not just for Hallmark, and as an actor having diversity in projects is important.  It's cool to be part of a big cast that is a family who all love and support each other's projects.  The absolute best part is having a horse!”

According to Greene, a family connection to When Calls, along with his mom and girlfriend's addiction to it, made the decision to become a series regular easy. “The series ticked a lot of boxes," he explained.  “Jeanette Oke (who wrote the books on which the show is based) knew my grandmother in like 1920, as they were both from this little town in southern Alberta Canada, called Champion.  I was offered two different roles, but I love alternative medicine, so I [opted] to play the doctor.  What’s cool is back then there were no drugs and doctors really did use things like arsenic to cure [ailments].  I love researching that time period as well and I do love the costumes.”

With his work schedule a little more open, Greene is utilizing his time to work on some of those other projects he mentioned.  One he’s particularly proud of is Buttons, a movie musical that recently had a theatrical release.  “I got to work with Jane Seymour, Abigail Spencer, Angela Lansbury and Dick Van Dyke,” he said.  “Robert Redford and Kate Winslet narrated it and proceeds from the film benefit The Golden Hat Foundation, which Kate co-founded to support autism research.  When I was offered it I was like, not only do I get to work with these incredible people, it was for a good cause.”

That led to one of Greene’s 2018 highlights -- performing at the famed Carnegie Hall in its annual Christmas with Tim Janisevent.  “Tim directed Buttons and is a huge composer,” he enthused.  “I performed ‘Hallelujah’ with a 100-piece orchestra, 200-member choir and a two-minute rehearsal.  I like putting myself in challenging situations and Carnegie Hall was that!  I was also given a verse of ‘O Holy Night’ in the finale and I found myself going blank!  Thankfully when I opened my mouth the right words came out, but I had no idea what I was singing.”

With season six of When Calls wrapped, Greene is already looking forward to its February premiere and fans seeing “new technology and new romances, which my character also gets a little bit of,” he said.  He has three projects he's pitching, two for Hallmark, with one combining his passion for music.  He’s also completing an album, his first in 15 years.  “After the concert, I started writing again,” he revealed.  "By February I hope to have an album of original songs, with one cover -- Emmy Lou Harris’ Wrecking Ball.  That song means a lot to me."

When Calls the Heart: The Greatest Christmas Blessingwill premiere Tuesday, December 25 at 8 p.m. on Hallmark Channel as part of its Countdown to Christmas programming event.