By Steve Gidlow November 27, 2019 Behind the Scenes in Hollywood Archives 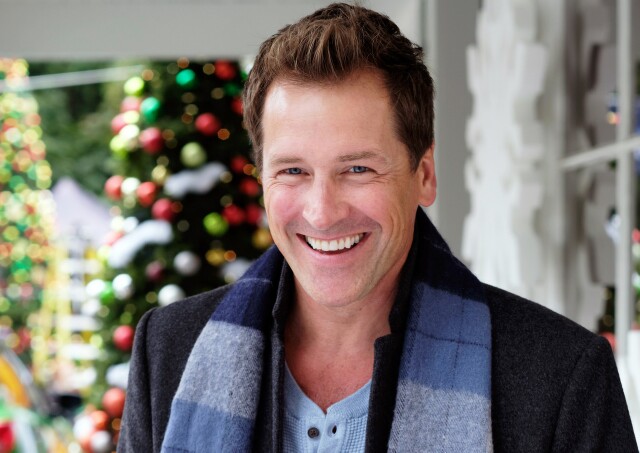 To say Paul Greene, the resident Cary Grant of Hallmark Channel, is "busy" this holiday season would be an understatement.  In addition to four  Christmas-themed Hallmark projects, and an upcoming Carnegie Hall performance, the popular actor became engaged to his long-time girlfriend Kate Austin this past May, so there's a wedding to plan.  "Yeah, things have been a little busy," he shared in an exclusive interview with MediaVillage.  "But I found a way to manage it, feel fulfilled and not be at all stressed.”

Consider everything Greene has on his holiday plate.  First up, a series!  “I have Hallmark Drama's The Christmas Cookie Matchup (photo below), a cookie-baking competition, where [some] When Calls the Heart cast members help bakers with challenges.  Even though it’s a competition it’s very friendly, and we’re all helpful to one another.  Our goal was not to have our baker voted off and with $25,000 at stake for them, the pressure was on us to do the best we could." 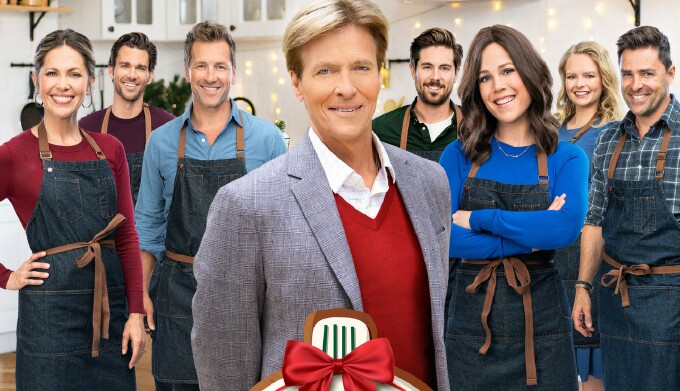 Greene said the show isn't your usual slice of reality television and is "quite uplifting and charming."  It also provided a nice segue into his second Hallmark Christmas project, the movie Christmas In Evergreen: Tidings of Joy.  "There was an unintentional shout out to Evergreen in Cookie Matchup," he explained.  "I'd been given the book, in preparation for getting the final [Evergreen] script, and in it, there's a gingerbread cookie recipe shaped like an evergreen Christmas tree.  I was like, guys, “This cookie is from this book!

"The film is the third in the series, and my first," he added.  "I play a librarian, and Maggie (Lawson) is a writer who comes to Evergreen to do a story about the town.  However, we're all skeptical of articles as they always make us look like loony Christmas lovers.  What’s unique about the franchise is the core characters of Evergreen are recurring; Barbara Niven, Holly Robinson Pete and Rukiya Bernard have been in all of them.  And I got to reteam with Maggie Lawson (pictured below with Greene), who I did My Favorite Wedding with three years ago.  She’s one of my favorite people to work with as we have such great chemistry." 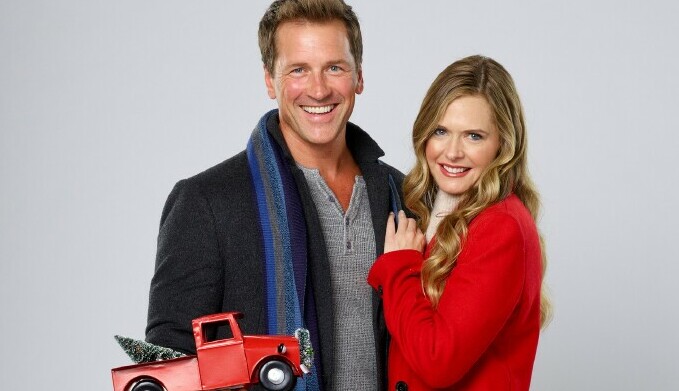 On December 9, Greene films Hallmark Channel’s Christmas Concert, something the accomplished musician is thrilled about.  "It’s in the vein of the old at-home Bing Crosby'sMerrie Olde Christmas special of 1977," he said.  "It's hosted by Lacey Chabert, me, Jack Wagner and Jen Lilley.  I’ll be playing guitar for a lot of the performers and doing three different songs.  Jessica Lowndes and I are doing the David Bowie and Bing Crosby (“Peace on Earth/Little Drummer Boy”) duet [from that special], and I get to sing ‘The First Noel’ with Jen and ‘Silent Night’ solo.  It's going to be so interesting!"

Rounding out his Hallmark commitments is When Calls the Heart: Home for Christmas, the third movie based on the popular series of the same name, and Greene's second.  [These movies] have become a tradition for people," he noted.  "I hear people get together as a family on Christmas night to watch and having two hours, it gives us more time to unfold the story.  The story centers on baby Jack’s first Christmas.  It’s beautiful having Hope Valley all dressed for Christmas.  We always want to outdo ourselves each year, and from what I’ve heard we definitely have."

On December 5 the seemingly indefatigable Greene returns to Carnegie Hall (for a second year) to perform his original song “The Stone,” along with “Let It Be” (accompanied by a 200-piece choir), all to aid Kate Winslet’s autism foundation The Golden Hat.  He also has "a few" projects in development with Hallmark, and with his ultimate goal to direct, he’s hoping that will soon be a reality.

And as for that upcoming wedding?  "We're still working out the details," he said.   "Where do we do it?  Is it going to be big or small?  We got engaged in Matera, Italy, one of the oldest cities in the world, while we were there for another wedding.

"The proposal itself was a series of comedic failures," he added, laughing.  "The ring had been in my pocket for 10 days, and I kept telling myself, ‘This is the day.’  We were in Rome and Kate had a dental emergency, so that eliminated Rome.  We hiked the Path of the Gods off the Amalfi coast, and I was just about to propose when a busload of loud tourists arrived – so, nope.  When things did quiet down, I grabbed the ring and Kate said, ‘My fingers are so swollen from all the hiking -- so, again, nope."

After deciding a restaurant would provide the perfect venue, Greene faced further challenges.  "We changed restaurants three times that night," he recalled.  “The first, the atmosphere was wrong.  The next had a long line, and the one after that was perfect, but I'd decided on our hotel.  The building was carved into a wall, so there, with our amazing view, I got on one knee and proposed.

“Commitment used to feel like confinement,” he shared in closing.  “Like I was somehow limiting my options.  But over the last few years, I’ve found the more committed I’ve gotten to things, the freer I feel and my relationship to commitment changed.  So, in that moment, I said to Kate, ‘You know how commitment has given me more freedom?’  I pulled out the ring and said, ‘I’m ready for some more freedom.’  It was such a beautiful moment and didn't feel scary.”