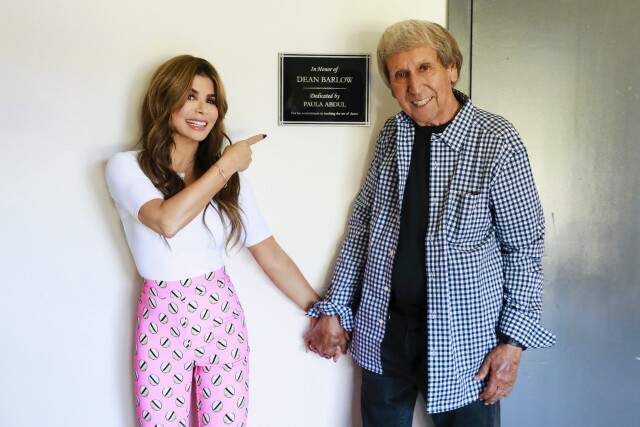 CBS' Friday primetime schedule this week provides viewers with a little comfort this week, offering up a double dose of the always delightful Paula Abdul. She fills two hours of their schedule, appearing on both Secret Celebrity Renovation and the season two premiere of The Greatest #AtHome Videos, the latter hosted by Cedric the Entertainer. "I am thrilled as I had the best experience working with CBS and the whole production team," Abdul beamed during an exclusive interview about her double bill with MediaVillage. "They were precious and priceless, and it was just nothing but back-to-back feel-good!

"I was approached by the producer of Secret Celebrity Renovation after he got my number through the Lakers organization, and as he was giving me a little background on the show, halfway through I immediately knew who I wanted to pay this forward to and give gratitude to -- Dean Barlow (pictured at top with Abdul), my very first dance teacher," she said. "So, this was a full-circle moment for me." 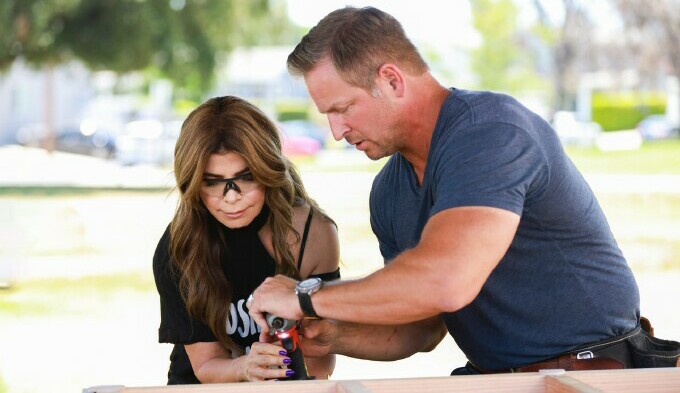 Abdul has known Barlow since he began coaching her at the age of seven and a half, and he has remained an integral part of her life and career ever since. "He's meant so much to me," she said of her mentor. "As a young girl, you have your father and then I had my TV father, which was Gene Kelly, and Dean was the closest male figure in my life. As a kid, he taught me how to align my heart with my passion, and that was dance. It was so important at that age. I carried it through to my school studies, my teenage years and all the way to becoming a world-renowned choreographer.

"He's always been in my life," she continued. "I had him choreograph the tap sections of my videos. I brought him on board to work on the Academy Awards when I was choreographing, and I named him as someone else who should be nominated for an Emmy, and we both won Emmys together! He is the perfect person, not only for what he's done for me and my oldest sister Wendy, but for every single person who's ever lived in the San Fernando Valley and taken a dance class with Dean."

For Abdul, the gift of making over Barlow's long-time dance studio went beyond paying it forward to just him -- it extended to her old community. "As a kid growing up, I lived on the intersecting streets of Van Nuys Blvd. and Sherman Oaks Park," she recalled. "That was my childhood location … Going back now, [the studio] was literally the same and needed updating. Not only is this paying it back as gratitude for Dean, we created a whole new dance studio! It was really a room filled with storage, so we knocked out walls, redid the arts and crafts room, and added a camp counselors' room. Along with Sabrina (Soto) and Jason Cameron), we made a beautiful place for kids to be creative and artistic, all in Dean's name."

Abdul's part in the project didn't end with a simple subject suggestion; it also required her to get her hands dirty. "Let me just say this; my talent is in my feet, and not my hands," she laughed of performing manual labor. "You could have left me throughout an afternoon, into the evening and the wee hours of the morning, and I'd still be trying to maneuver a sledgehammer. I injured myself every step of the way. But I had a blast doing it. My eyesight isn't the best, and it could have been disastrous. Oh, and no one told me a sledgehammer weighed like 40 pounds! I did learn how to work on a miter saw, and that was incredible. Jason is a great teacher. I'm really much better at interior decorating. Still, it was a great experience." 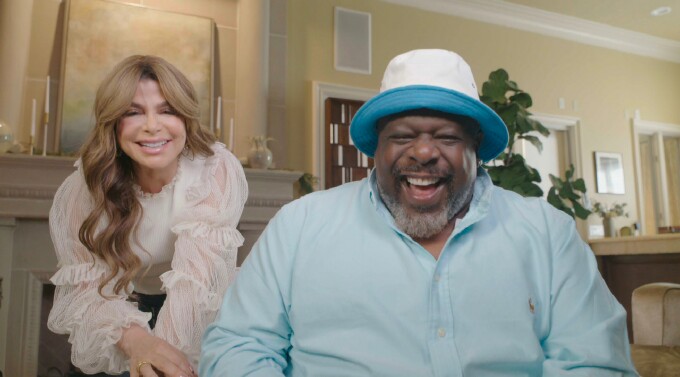 While she was working on Secret Celebrity Renovation Abdul was invited to participate in Cedric the Entertainer's The Greatest #AtHome Videos, doing something she loves -- helping to discover new talent. "I watched the first season of [his] show and loved it," she admitted. "I'm a big fan of viral videos, social media and TikTok, and I'd met Cedric a handful of times early in my career. It just so happened that when they approached me, I had just seen this one video of a babysitter [that we surprise] singing to the kids that their mother caught on tape. I'm telling you, the voice that came out of this girl's mouth is like nothing shy of a perfect Disney Princess. What a beautiful voice! She would have gotten a golden ticket to Hollywood, without a doubt.

"For me, doing these kinds of shows is so in my wheelhouse," she added. "I've been doing this kind of stuff for what seems like my whole adulthood. I love giving back, spotting budding talent and making people feel good, and both these shows were the epitome of that. I also got to teach Cedric some dance moves from my Cold-Hearted Snake video. He had to squirm like a snake, and he learned so fast and was spot-on."

Last season of ABC's American Idol saw Abdul return to the judge's table, filling in for Luke Bryan after he contracted COVID-19. "It was so different going back," she said of the experience. "I didn't know how I'd feel about it, but once I am in front of talent, everything just falls into place. That was a lot of fun."

Pre-pandemic, Abdul had just completed a Las Vegas residency that was to resume in August of 2020; one she hopes will be re-staged in 2022. She also has a few other irons in the fire she's excited about. "I have a few things in development," she shared in closing. "Contracts are almost finalized, and hopefully, soon, I'll be able to make an announcement."

Secret Celebrity Renovation is telecast Friday at 8:00 p.m. followed by The Greatest #AtHome Videos at 9 p.m., both on CBS.