Paying It Forward: An Interview with Jodi Senese 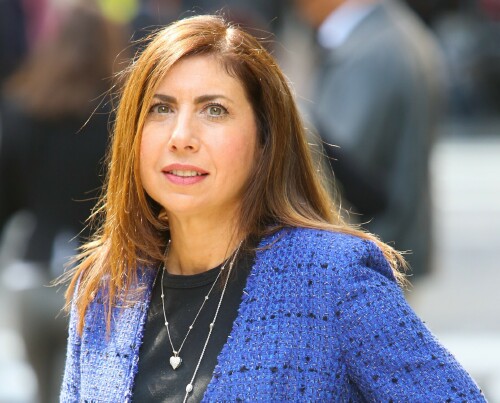 “The out-of-home space is evolving so quickly that challenges and opportunities are constantly in flux,” says Jodi Senese, CMO at Outfront Media and prominent leader in out-of-home media. “There are no two days in my 34 years of experience that have been remotely alike – and I find that exciting.”

Upon graduating with a degree in English and Communications from Rutgers University, a summer internship at New York Subways Advertising pulled Jodi directly into the OOH industry. As Labor Day approached, Jodi asked if her internship was over and was answered with a “Why don’t you stay?” So stay Jodi did, for nine years -- until the same man who hired her (the renowned William Apfelbaum) invited Jodi to work as the Senior Vice President of Marketing at TDI, which subsequently became Viacom Outdoor, CBS Outdoor and then Outfront. She was promoted to her current position in 2014.

The development of a meaningful mentorship with William enabled Jodi to experience and understand valuable practices in establishing commitment and loyalty in the workplace -- teachings she now provides to others. In her early years, Jodi was tasked with a video project beyond her job description and the results surpassed expectations. En route to the debut of her work, William stopped at the headquarters of Pan Am (now New York’s MetLife Building) and presented Jodi with a map. In recognition of her efforts and to applaud a job well done, Jodi would be given two tickets to a destination of her choice, making for a very special trip to Italy with her sister.

“Such a gesture demonstrated a level of appreciation that deeply resonated with me,” says Jodi wholeheartedly. “Acts of kindness are extremely meaningful. If you can show someone how much you value their contribution, they will forever strive to improve their performance.”

In addition to giving back and paying forward, Jodi has a knack for viewing problems as positives. She welcomed the advent of vinyl posting, as it brought a new class of advertisers who could take advantage of seasonal campaigns and rest assured that the red in a poster matched the red of a dress. So too did she see the end of tobacco business as a way to offer premium spots to other brands.

In terms of the digital, social and mobile revolution, Jodi separates transit and billboard. The former is a way for people to interact with immersive and engaging content at face level during dwell time, while the latter she compares to bulletin boards. Billboards pull large quantities of people to opt into a certain type of behavior, be it connecting to social media or watching a viral video. “We are just seeing the tip of the iceberg when it comes to engagement,” she states. “At some point the digital to traditional ratio will increase and the total amount of inventory will decrease, creating a focus on high-profile, in-demand locations. People entering OOH are probably digital natives possessing social and organic thinking that assists in driving our business.”

Not only are the digitally-inclined being drawn to OOH, females are too -- a rarity when Jodi was getting started. “When OOH was a paper, paste and real estate play the industry was male dominated,” she recalls. “I took advantage of the opportunity to bring a female perspective and skill set not only needed, but embraced and appreciated by my colleagues. Today, as female-oriented businesses like magazines and traditional print start to dissipate and as the importance of effective communication with targeted viewers grows, OOH attracts a broadening pool of talent and we see more women enter our domain.”

Jodi says that having children has influenced her management style, in that she understands how a level of flexibility is so important, even to the most intense of workers. Much talk was generated from Sheryl Sandberg’s book Lean In, yet Jodi is more partial to Lisa Belkin’s article in The New York Times (“The Opt-Out Revolution”) and one that followed a decade later, called “The Opt-Out Generation Wants Back In.”

“Working mothers have two jobs and one can’t be done well unless the other is taken care of,” she says. “The modern day working woman should be empowered and enabled to find the right level of fit and fulfillment.”

True words of wisdom from a Leading Lady who has accomplished the same for herself.

This article was written by Stephanie Gutnik. It first appeared in the Leading Ladies section at BroadSign.