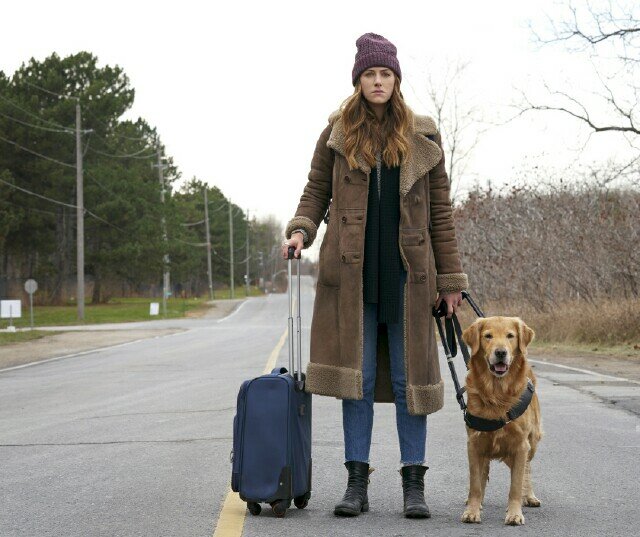 In the Dark returns to The CW on Wednesday, picking up where it left off after season 2, and once again affirming why it remains one of the best (if under-appreciated) shows on TV. Completely backed into a corner following a drug heist and a murder, visually impaired anti-hero Murphy Mason (Perry Mattfeld, pictured at top), along with the merry Scooby Gang of Guiding Hope, this season are forced to make some life-altering decisions; least of all, escaping their dire predicament by running. It's an interesting twist for the close-knit group consisting of Felix (Morgan Krantz), Jess (Brooke Markham) and Murphy's ex-boyfriend Max (Casey Deidrick), who after relying on each other so heavily during seasons one and two for their personal survival are forced to splinter. It's a situation series star Mattfeld never imagined happening.

"I didn't know where we'd go after season one," she explained in an exclusive interview with MediaVillage. "I remember asking Corinne (Kingsbury), our showrunner/creator, 'Now what?' She said, 'This season, they run.' We had all these serious e-mails, like maybe we're going to get to shoot season three in Mexico. But you have to remember, these are good people making bad decisions and they're not masterminds at this. So, when you say, 'OK they have to run,' they don't know how.

"They don't have criminal records," she continued. "So, what's fascinating is watching these very desperate people, who are at times like innocent children, who have screwed up and made mistakes, yet the threat of their mistakes is [now] so high that they have to run for their lives. It's not like they're good criminals, they're just kids, except Murphy, who's not innocent, so I'd take her out of the equation." 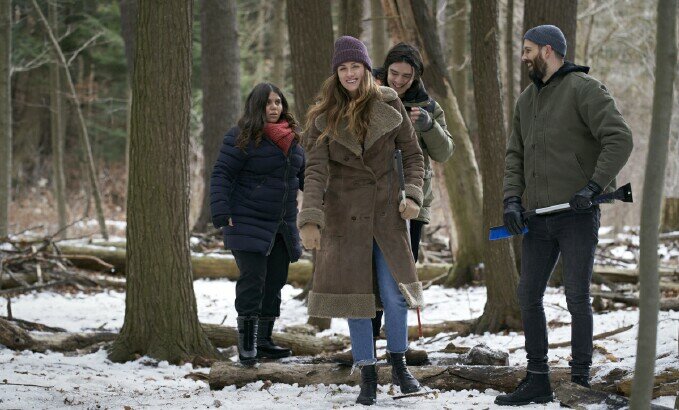 After two seasons of supporting one another, seeing the gang split for their personal survival certainly opens the door for some interesting character development. "You do realize how indebted they are to each other," Mattfeld explained. "What's interesting is, Murphy is this vortex who just sucks people in, person after person. They're like, 'How did I get here? Oh, it's because of Murphy!' She has a way of convincing people to do whatever she says and follow her -- she can part the sea!

"Episode three is really special this season," she added. "It's so different, and I loved that we took a pause. This season moves so fast, and this episode is almost a movie in itself, where Murphy is desperate without all these people that she's dragged down and she's completely isolated. It's a reminder of how much she needs these people. As tough as she thinks she is, she's no one without them. Thank God she has her dog Pretzel because you see her hit rock bottom for sure."

For Mattfeld, getting to explore the vulnerable side of the fiercely independent Murphy was interesting. "Yes, she asks for help, but it's in her own kind of lying way," she shared. "She's still manipulating [people] at her lowest point. She's very smart; takes in her surroundings and manipulates them to her benefit. But you do see her admit she screwed up. A lot of this season is Murphy trying to prove to Jess that she loves her just as much as Jess loves Murphy, and that she'd do anything for her."

Mattfeld also revealed that shooting the third season of the series amidst Toronto's COVID-19 lockdown forced the show's team to get even more creative. "We had to," she recalled. "There weren't as many actors allowed on set at one time, so us being in hiding helped. The ensemble wasn't really too affected, but we were limited to 10 background actors. So, there were rewrites, and clever camera angles to make it look like a room was filled more than it was.

"What I did notice was Murphy does wear me down," she continued. "You don't realize if you're not on set when we film things like Murphy being put through the wringer, or she's screaming or getting beat up, it's draining. I felt like I had a harder time neutralizing myself, and getting back to Perry, because the things that would have me bounce back were socializing and having friends and family visit on weekends. [The cast] really leaned on each other because of the isolation and being in our pod, so I struggled a little to kind of keep myself and remind myself that I'm not actually a drug dealer. Thank goodness for our Saturday game nights!"

As some of the Scooby Gang get to know each other intimately this season, Murphy is battling with the sad fact her two leading men, Max and Josh (Theo Bhat), both despise her. "Both are victims of that Murphy vortex," she explained. "They're both angry, and I loved that. I was happy Max got some deserved balls, and stands up for himself, while Murphy gets the short end of the stick. It's an interesting dynamic, and while Josh's relationship with Murphy didn't get as deep as Max's, he just feels dumb for letting her take advantage of him and that's how it should be."

Mattfeld previously referred to season one of In the Dark as a "prologue" and season two as, "where the real story begins." She's calling season three 3, "Season Two-Plus: The Extended Version." With the series already renewed for a fourth, she's thrilled that viewers will see it all unfold.

"This season was so emotional," she shared in closing. "A lot of that was because of what the world collectively was going through. This will be the end of one chapter and the beginning of the next. It's the best feeling knowing that I don't have to get rid of Murphy's coat just yet."