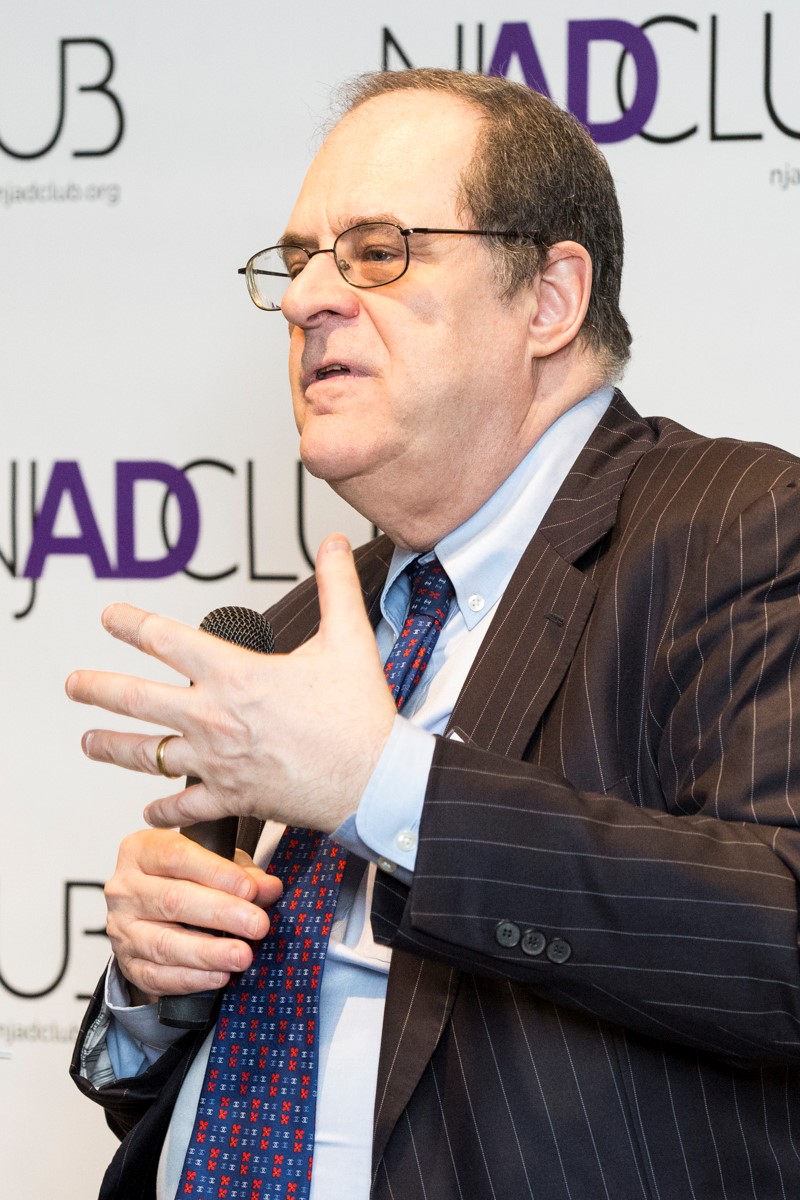 For this special episode of Insider InSites I spoke with MediaVillage.com contributor Stuart Elliott, who raised the bar on media, marketing and advertising journalism as advertising columnist for The New York Times for 23 years.  He offered insights about the past, the present and where we're going with the future of advertising.  It’s worth a listen in its entirety here or below (or by subscribing to Apple Podcasts). The following is a topline of our conversation, which covered everything from Super Bowl ads then and now to brands grappling with politics, from depicting diversity in advertising to the opportunities for Gen Z in media.

Stuart Elliott:  The Times brought me in to take over the daily advertising column in 1991, which by that point had been running in the business section for about 60 years.  This was pre-Internet, pre-email.  All of that, of course, led to revolutionary changes in how we did our jobs and what it was we were covering.  Before the Times I worked at the Detroit Free Press covering advertising and marketing mostly regarding the auto industry because of all the ad agencies in Detroit that at the time were handling the automotive accounts for the big car makers.  I also covered retailing and consumer product companies in the Michigan market like Kellogg's.  For one summer, I worked in the mail room at DDB.  I learned enough about the ad industry to know I wanted to write about it, not to be in it.

Elliott:  A lot of it was very much the bread and butter of the advertising business which even to this day remains the main aspects of it: getting clients, losing clients, landing accounts, losing accounts, hiring and firing.  Then I started doing more coverage of the work, the campaigns that resulted from all the back-ing and forth-ing of the accounts.

Moss:  Is there a standout example of a campaign you remember from before 9/11?

Elliott:  Even with the rise of cable TV and the niching of the consumer segments that had already started, a lot of focus was on mass advertising. I think probably the biggest manifestation of that was the annual Super Bowl ads, as the major advertisers all began vying to come up with their really breakthrough commercials.  Back then we called it buzz, now of course it's about going viral.

Moss:  How would you describe the difference now in Super Bowl advertising activity and all of the teasing that goes on to breaking of those ads versus then?

Elliott:  Now it’s like every day is the Super Bowl in that every ad campaign [is] trying to get that breakthrough moment.  It's so much harder now with the audience and the media so fragmented.  Back then the Super Bowl ads were just dropped on an unsuspecting public.  The whole idea was to use the element of surprise. That changed with the rise of the Internet and especially with social media. Now the idea is to build up all that pre-game attention and virality so that by the time the commercial appears in the game, millions of people will have already seen it and talked about it.

I think what happened subsequently is that most of what has been developed over the years has been driven by the consumer, by the users.  A lot of what's happened since then has just been this mad dash by marketers and media companies and ad agencies to keep up with where consumers are going and which tech choices that they're making.

Moss:  When consumers discover something they imbue it with more trust.  The industry is fighting a big battle with that right now.

Elliott:  Brands have to operate on many levels at once now:  You have to get your product right. It could be a value, it could be heritage, it could be the fact that you're ahead of everyone else technologically.  Then you also have to get the marketing right, which is not just to run a lot of TV commercials and print ads like in the old days.  You have to figure out what works for your brand and tailor it -- whether it's traditional media or new media or a mix of them, or no media at all and use social instead.  Then on top of that you have to be very adept at navigating this landscape, where a lot of consumers are expecting brands to behave in a certain way.  That behavior can change based on a president’s tweet.

For all this, there are a lot of things that haven't changed. The goal is still to get people to buy things.

Moss:  There's cultural heritage but then there's also multicultural. I think it's fascinating that as the minority and majority population shifts, advertisers still seem to not have a handle on how to appeal to various cultural groups.

Elliott:  That's a good point.  I was writing stories more than 25 years ago about whether or not advertisers wanted to reach out to the LGBTQ market. Even to this day, a large part of it has to do with the fact that the adverting, marketing and media industries are for the most part homogenous. However, the makeup of the country is changing and this argument that keeps being made is that, “If the consumers look different than they used to, isn't it important for advertisers and the marketers to get on that train and to recognize that?”  There is progress:   Ads with LGBT consumers inside of mainstream campaigns, ads with interracial couples, ads that run in mainstream media in Spanish.  At the same time, you see a lot of stuff that just really falls short. Thanks to social media, the advertisers and agencies that are involved with those deficient advertising campaigns find out very quickly from the public that their ad was not up to par.

Moss:  Do you have any favorite columns over the years?

Elliott:  I love all my “children.”  It's hard to pick.  The death of Joe Camel was a big story, when the tobacco companies agreed to end the use of cartoon characters in advertising.  A lot of stories I did after 9/11 were on how the marketing community responded or didn't respond to what happened.

Moss:  I’d pick one of your most recent articles for MediaVillage -- on the anniversary of the release of the Edsel.

Elliott:  I've gotten a lot of good feedback on that piece because it's coming up on 60 years that the Edsel was first introduced by the Ford Motor Company. It was a line of cars that were introduced that were the wrong product at the wrong time, advertised the wrong way. It's since become synonymous with marketing failure or even with corporate failure in America. I love those stories because it gives you a chance to not only look back but to see what it is that still resonates.

Moss:  We just did an event for about 300 young people called the 1st Five Summer Intern experience.  What’s the hopeful message you would give them, Stuart?

Elliott:  I would say that it's a fantastic time to be in these industries, there's a lot of change going on, which I think is good for people who are starting out trying to make their mark.  Also, I think a lot of the traditional barriers to entry are lowered.  I think when there's a younger person in the room the older people will not ignore them these days.  They might turn to them and say, “Well, what do you think?  How do we reach these Millennials?  How do we reach Gen Z?”

Moss:  What do you read?

Elliott:  MediaVillage, of course!  And I subscribe to a lot of e-mail newsletters and blogs and keep up with the headlines ... and I try to watch a lot of different TV and streaming video, stuff I normally wouldn’t watch.  I don't fast-forward through the commercials though!