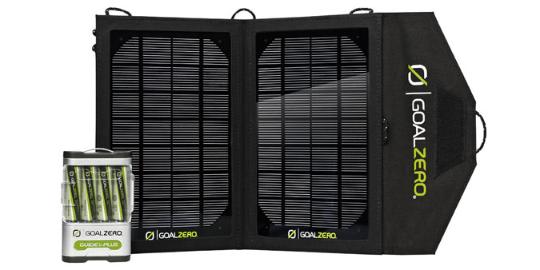 Spring has sprung, but this has been one of the most extreme winters in recent memory. In fact, according to weather.com, the United States suffered more than its share of extreme weather and climate events in the past three years. There have been devastating tornadoes (like the one that destroyed large parts of Moore, OK, back in May 2013), Superstorm Sandy in October 2012 and a literal parade of deadly tornadoes in 2011.

Being prepared for an extreme weather or climate event means having a sustainable back-up power supply. Companies like Goal Zero and Suntactics offer a range of solar-charging panels and power solutions for emergency situations as well as on-the-go power for hikers, hunters, campers and photographers.

Goal Zero's smallest kit, the Guide, is able to power or charge small devices, such as phones and tablets. Its 2200mAh battery can be charged via USB or by plugging it into a solar panel, such as Goal Zero's Nomad 7 Solar Panel, for three to six hours. Or Suntactics' sCharger-14, which outputs 5V (2800mA), 14 watts via two USB ports and can actually charge two devices simultaneously.

If you need portable 12V power, check out the Escape 150. It is a 14,000mAh power pack that can be charged by A/C or by plugging it into Goal Zero's Escape 30 Solar Panel Briefcase for four to eight hours. The Escape 150 will power a laptop or charge a camera, but you can plug almost anything with a standard A/C power cord into it. 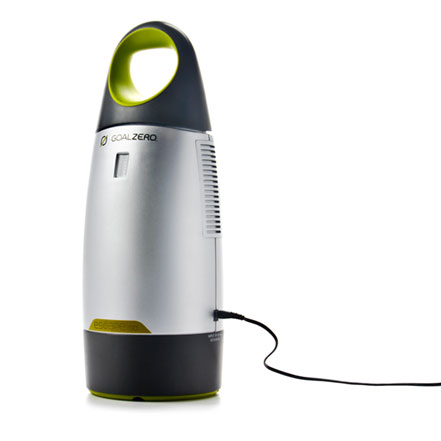 Just a few months ago, I used Goal Zero's 26lb, Extreme 350i Power Kit, which features 350Wh, 33Ah of power, during a three-day blackout in a very remote location. It took 12 hours to charge with Goal Zero's Escape 30 Solar Panel Briefcase and it worked brilliantly! I was able to power my MacBook Air and a satellite phone as well as a small refrigerator. I now keep this kit in my bottom desk drawer, and I can tell you from personal experience, when you need a solar-chargeable power supply, you are really happy you have one. 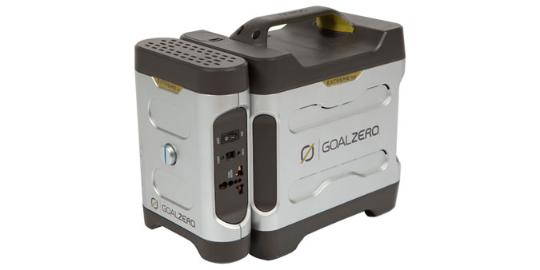 Whether you're without power for an afternoon, a day or a week or you have to travel to a remote location where power is not available, solar-power charging panels could not be simpler to use. You literally just plug them in and the sun does the rest.