Power of Local and of Data. Interview with Spectrum's Kim Norris 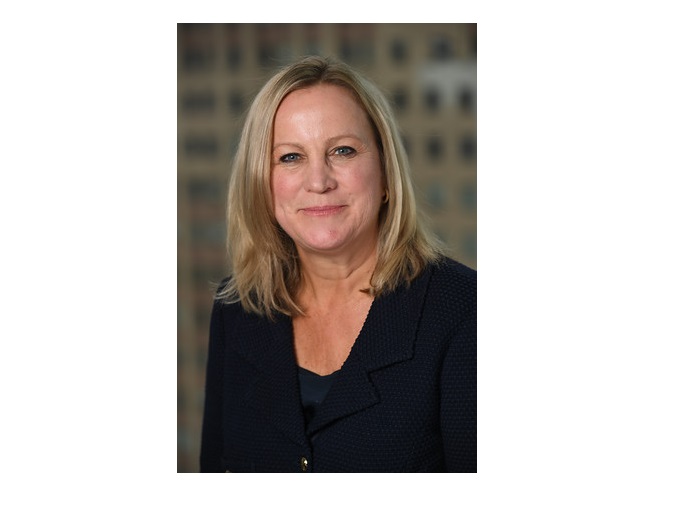 It is certainly a strange time for those of us grappling with the pandemic's impact on media. Budgets are more uncertain as advertising is readjusting to a new reality. For someone like Kim Norris (pictured at top), Group Vice President, Advanced Advertising Sales at Spectrum Reach, who manages a team across all TV and digital sales channels, COVID-19 has posed strategic challenges, creative opportunities and a cause for optimism.

The Redefining of Television Before and After the Pandemic

"Pre-pandemic we were seeing a significant shift in the way that television was being consumed and the way advertisers were starting to think about TV as an advertising medium," she explained, as digital technology expanded into the ecosystem and with television increasingly migrating to the IP-based digital platform. "We have seen an expansion of capability," she noted, "fueled by the use of data and its use in planning where linear television is increasingly employing digital techniques. And all of this innovation has ramped up fairly quickly."

She explained that, "For us at Spectrum Reach, television service has been available on the Spectrum TV app for a number of years with ads. That technology, along with consumers time-shifting their viewing with VOD, has propelled television viewing across devices and platforms in our households. Cross-platform has become much more of a way to consume TV."

For Norris, this evolution in consumer viewing patterns has only accelerated during the pandemic. "What we are seeing is an interesting spike in the viewership. All of television viewing has increased. We are seeing it across live television, across the Spectrum app and across VOD," she said. It is an especially unique situation for advertisers, who, according to Norris, need to reassess their messaging and take into account the sensibilities of the time while also keeping an eye on brand positioning and long term strategy. "Do they have the right creative?" she asked. "The irony is that we have so much activity, inventory and impressions at a time where some advertisers have had to stop and rethink their strategy. It is certainly interesting times for both television and advertisers."

The changing environment need not be a barrier to messaging. In fact, one could argue that viewers are paying greater attention in their viewing experiences. The opportunity is there for advertisers. "One of the ways we responded at Spectrum was to very quickly address the issue of creative. Your creative message in television of all kinds is very important," she stated. One of the first things that Spectrum did was to offer advertisers a turnkey approach to producing their own creative. "We are already on the path of offering self-provisioning creative platforms primarily for local and regional advertising," she explained, "and this is certainly available for big brands as well." Currently, Spectrum "was able to offer these services at no charge to our local advertisers. We saw a very quick response being able to flip creative very quickly. And more of the agency holding companies and the large national advertisers came back to television with different types of messaging."

One of the biggest changes Norris sees in the advertising ecosystem is the nature of the messaging. "It's almost a positive (change)," she said, "Brands are trying to speak to their consumers in a very human-like way with supportive messaging, such as at a hyperlocal level by letting people know what stores are open and a lot of social service work."

Viewing patterns during the pandemic obviously shifted as a result of people sheltering-in-place. Norris, whose company focuses on impressions data especially in local, is able to adeptly monitor trends across platforms. She has seen increases in content type with specific success in Spectrum Reach. Spectrum News' local coverage since mid-March has resulted in its highest Nielsen ratings over a two-month period dating back to at least 2011 and likely in its entire existence. "We have seen a pop in localized content," as well as content that offers escapism. "Entertainment content (viewing) has increased and we are seeing that the total viewership is increasing. It's not just viewing across screens, they are viewing a lot more overall. VOD is increasing and people are searching for new content. There is a lot of social chatter about 'what are you binge watching this week?' across screens."

Norris noted that their business is driven by impressions, especially through their apps. This is an advantage when it comes to measurement and planning. "Our inventory is a direct correlation to consumer engagement on platforms. We've seen a high in May in terms of how many impressions we actually saw coming through the platforms as a result of usage," she noted.

The Greater Importance of Data

When it comes to data, Norris is an expert with years of experience both at Cablevision (where, full disclosure, she hired me for a set-top box data project) and now at Spectrum. "We have been able to pull together our first-party anonymized and aggregated data in combination with third-party datasets, which have allowed us to be able to do more data-infused planning in linear TV as well as more targeted planning across all screens," she said, and added, "I think what we are seeing is an increasing interest into what types of insights and analytics we provide advertisers around that."

Norris shared an example where an advertiser who previously appeared in sports programming could be efficiently re-expressed into non-sports programming with the confidence that they would be reaching the same targeted viewers on both a national and local level. The application of data to ascertain reach and further target audiences has been accelerating since COVID-19 according to Norris and sparking greater interest among advertisers.

Since the outbreak, Norris has seen that "local is the new normal. There are so many differences in what is happening in states and regions, parts of the country. I think our ability to utilize household addressability or reach at a geo level or a state level, all of our capabilities around broad reach versus more targeted reach can help brands be specific in their messaging in a more localized manner."

As dire as events may seem today, Norris is optimistic about the future. "It's amazing to me to see how adaptable we all are in the human condition. The optimist in me sees this marketplace of advertising come back in the third quarter. And it will be back in some sense and force for us in the television space. The activity we are seeing cross-screen will accelerate ever more than we might have seen before the pandemic as consumers and advertisers get more familiar with the shifting TV landscape."