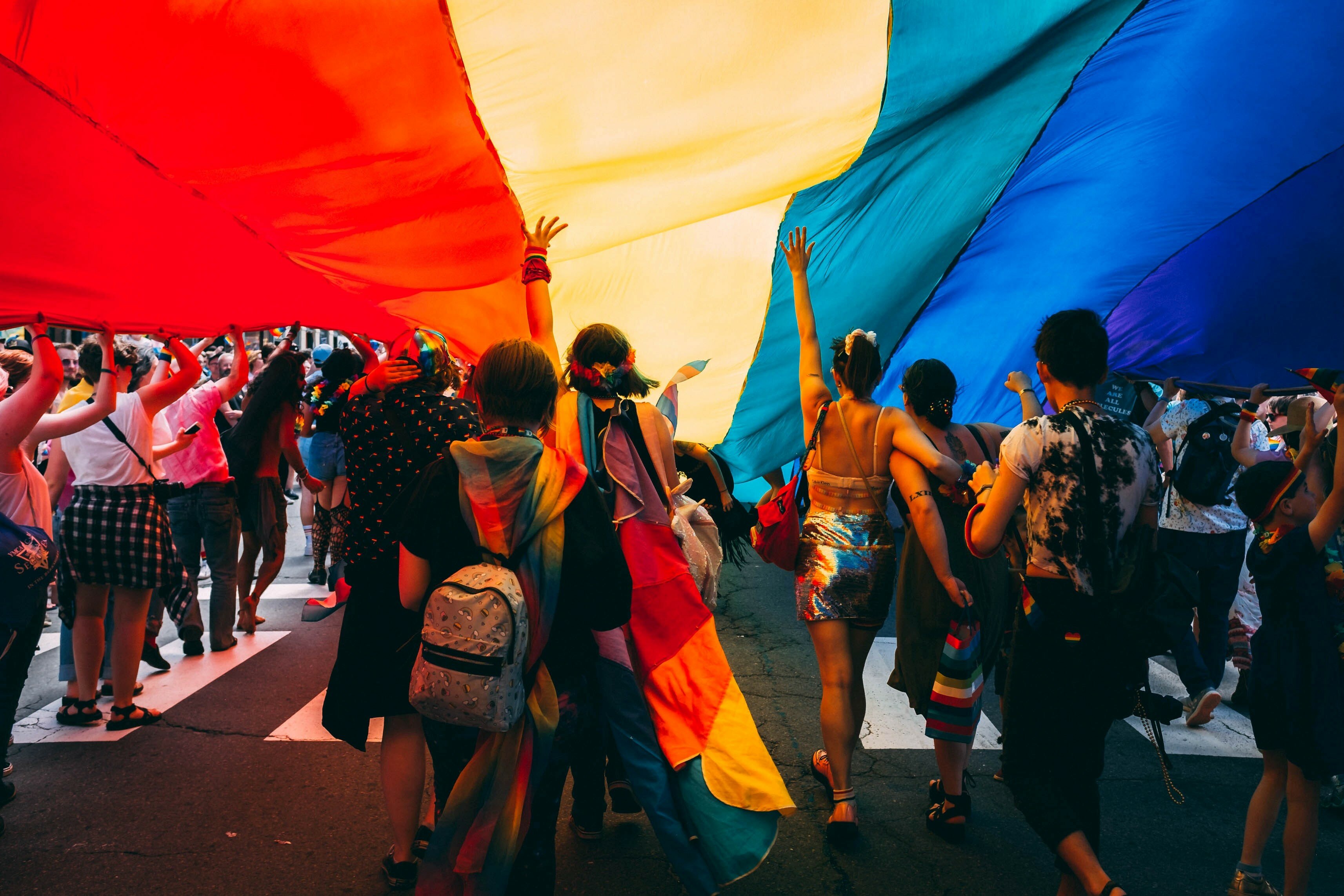 While Pride month in the U.S. is the month of June, Pride events happen over the course of many months, sometimes due to weather or a city's calendar. In 2021, the Pride season is much longer and more varied. This is because some cities are hosting Virtual Pride events (much better attendance as people from all over the world may participate) or events have been postponed until Fall (in hopes we will be far enough along in COVID containment to gather in person). Whatever your city or the cities of your target audience, Pride is upon us. How do you "do Pride right?" Read on!

When planning to talk about or honor Pride in any way, it is vital that you know the history of what and whom you are acknowledging. The Library of Congress offers this, "The Stonewall Uprising [named for the riot that occurred outside of Stonewall Inn in New York City on June 28, 1969] was a tipping point for the Gay Liberation Movement in the United States. In the United States the last Sunday in June was initially celebrated as 'Gay Pride Day,' but the actual day was flexible. In major cities across the nation the 'day' soon grew to encompass a month-long series of events." In addition, know how and when this became part of American culture. Not only does this give you insight into the history, it also gives you guidance -- some of your older employees may lack this knowledge due to having not had it occur early in their lives, whereas some of your youngest employees may not know of a time before this occurred.

Many companies slap a rainbow on their product during this time. They do this because so many seek out inclusive companies to support, see the rainbow, and buy. While this may boost sales, it can also lead to a public relations nightmare. This is because some companies make no actual effort to be inclusive. For example, if a company sells rainbow bottles of product in June but its leadership donates to political campaigns to undermine same-sex marriage, there is a disconnect. Customers are savvy and they have social media, so it's a bad idea to try to increase sales with rainbows if you are harming the community the rest of the year.

Follow the Leaders … Then Become a Leader Worth Following

Other companies are doing an excellent job of tying Pride branding into their own company.

MarketingWeek highlights the success of liquor brand Smirnoff. They note, "Not only does the drinks brand highlight LGBTQ+ issues in its marketing, but it also uses its influence to train bartenders and on-trade partners about homophobic incidents and gender pronouns." In a prior article within this MediaVillage column, we explored a recent advertisement by Pantene, which supported transgender youth. If they put their product into rainbow bottles, it would align with their overall messaging and make sense.

As you consider whether to wrap your product up in rainbows, think about what messaging you've put out already. Have you or your leadership donated money, resources or time to anti-LGBT+ programming or political campaigns? Have you created or enforced inclusive actions or language in your business? If not, now is a perfect time to get to work on those changes so that, when 2022 Pride comes around, you'll be ready to appropriately rainbow up your world and grab the bump in sales.

Get Going and Don't Stop

Pride is only a month or a season long. The calendar has eleven other months and three other seasons. However, LGBT+ people are LGBT+ people for all twelve months and during all four seasons. Allyship is crucial for the safety of your employees and for all. Of course, no one becomes an expert overnight! Start at the beginning, give yourself the grace to spend time working on it, and you'll get there in no time! Don't know where to start? This article from Cosmo is a great first read! For those ready to take action, there are LGBTQ+ organizations that cover everything from politics to homelessness, youth to elders, rural to city. Show up wherever you can, however you can, as much as you can.