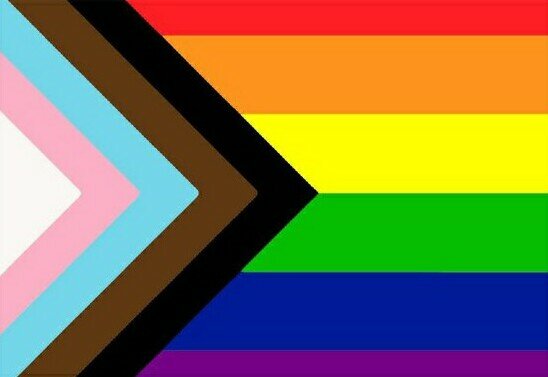 "Often times, queer stories are framed with drama or trauma around them," In the Heights and Brooklyn Nine-Nine actress and LGBTQ+ advocate Stephanie Beatriz explained last week during the opening session of the inaugural Pride TV Summit. "What becomes lost is that many of us who are queer are living happy, fulfilling lives. More of that deserves to be represented. That's the way for us to share our stories and for queer youth to see something when they think, 'What is there for me?'"

Beatriz was speaking during the opening conversation of the conference, moderated by Sarah Kate Ellis, President & CEO of GLAAD. The event -- comprised of speakers and panel discussions with LGBTQ+ on-screen talent, content creators, network executives and branding and marketing experts sharing their insights and their own experiences -- may have been virtual, but the takeaways throughout the day had the impact of an in-person gathering.

What did it mean to be play a queer Latinx character on the big screen in widely released studio film Ellis asked Beatriz, referring to In the Heights?

"I think it's a small step forward in the continuing journey of our representation in all media," she replied.

Beatriz is an openly bisexual actress who, when she came out publicly, was given the chance to bring that part of her life to her character on Brooklyn Nine-Nine, the stone-faced, tough-as-nails detective Rosa. When Ellis asked how stereotypes and tired tropes could be reduced and/or eliminated entirely from scripts, Beatriz replied, "If a river is flowing into the ocean, think 'where is the spring?' When you think of television, who is at the start of these stories? Whether its executives, writers, whoever. What we see happening now is that the doors to those rooms are slowly but surely being opened. The people in those rooms are starting to reflect more of the reality in the U.S.

"It was really important for me that Rosa's sexuality be made clear, that the word 'bisexual' be said not just once but multiple times," she added. "Not just out of my mouth, but out of other characters' mouths. I cried when I read that script for the first time."

In a particularly interesting presentation from the Video Advertising Bureau, led by the company's CEO Sean Cunningham, he shared that in a recent study called Do the Right Thing, VAB analyzed 3,300 TV ads from 50 brands over the last five years. In doing so, they found that advertisers displayed their commitment to diversity and inclusion by promoting empowerment, taking a stand for social justice and showcasing real, authentic and inspirational voices.

The brands that were "crystal clear" in their commitment to the LGBTQ+ community through their advertising included Tylenol, Samuel Adams, wedding planning website Zola and men's clothing brand Bonobos.

Zola's "No Regrets" campaign from December 2019 featured six different spots with wedding scenes from same-sex and interracial couples. The company saw their highest total monthly website traffic month in January 2020 and though the campaign made up only 6% of their TV ad spend, it earned a whopping 91% of their total online activity. Similarly, a Samuel Adams campaign titled "Love Conquers All" featured a spot titled "Let There Be Pride" which was filmed at the iconic Stonewall Inn in New York City, the birthplace of the modern Gay Rights movement. The spot went on to earn a 97% ad attention score and ranked No. 2 among the 35 Samuel Adams ads that aired since 2016.

The core message of all these campaigns was that of the significance of diversity and inclusion, which without a doubt delivered stronger brand results.

L.A. casting director Michael Donavan led a conversation regarding the casting of LGBTQ+ actors in film and television, joined by a panel of women with a variety of roles in the entertainment industry. Donavan asked if networks are greenlighting more LGBTQ+ stories and if there is a push from both corporate executives and the public. "Things are changing in the industry 100%," said Caroline Dries, Executive Producer & showrunner of The CW's Batwoman. "There's a search for inclusion and openness more than ever before. In the last five years, The CW has pushed to be way more progressive in this realm. And there's excitement around these roles and a need for representation."

"We've been working and creating LGBTQ+ characters at Telemundo," said Karen Barroeta, Executive Vice President of Production & Development at NBCUniversal Telemundo Enterprises. "I remember we had our first transgender character back in 2010. For the past two to three years inclusion has been at the top of our minds and as a corporation we've been making sure to push storytellers, producers and writers to include them. It's our duty to represent our communities."

Donavan steered the conversation to transgender activist and actress Nicole Maines, who co-stars on The CW's Supergirl as Dreamer, the first transgender superhero on television.

"There's been a huge push recently, and rightfully so, to have trans actors play trans characters which is so important because of the narrative that happens off-screen when a cis man plays a trans woman," Donovan explained. "The narrative that's happening is that trans women are men playing dress up; that we're cis men in dresses. That's not the case at all."

Maines added that when auditioning for roles, those that come her way are often for transgender characters, which, she noted, "narrows the pool significantly because there aren't as many trans characters."

Other panels and keynote conversations ranged in topics from analyzing LGBTQ+ political perspectives, to the adaptation of unscripted series featuring LGBTQ+ themes and their ongoing challenges in entertainment news.