Primetime is the Right Time for Univision's New Family Focus 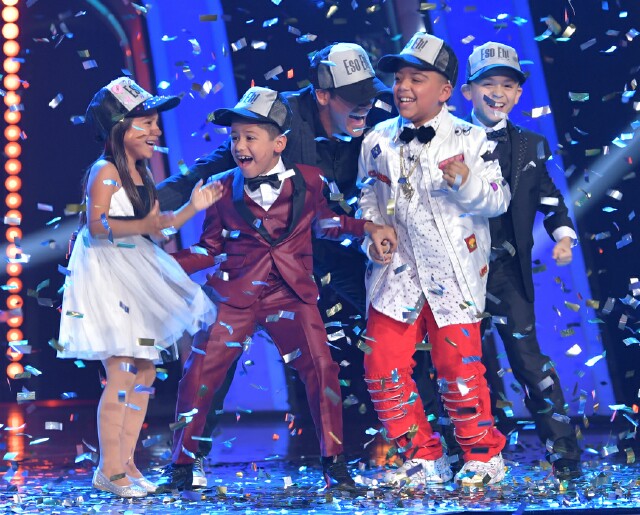 The common way Spanish-language networks have programmed weeknights for decades is now becoming the uncommon course.  In recent years, various networks have introduced a wide range of different programs to break up the 7 to 11 p.m. daypart, which has historically consisted of wall-to-wall telenovelas – 120- to 150-episode sagas of love found, lost and found again, sometimes bordering on the hard-to-believe.  Some of the new shows have succeeded, while others have not.  The efforts include Judge Judy-type court forums, game shows, newsmagazines and perhaps most notable, the "super series" – 40- to 60-episode nightly dramas featuring action/adventure plotlines and antiheroic lead characters.

Univision, the top-rated Spanish-language broadcast network, is out to maintain its lead in viewership while pulling in a new nightly constituency -- family members.  Over the last four months, Univision has launched a series of primetime initiatives with a family attitude in mind. For starters, the 8 p.m. telenovela hour (Monday thru Thursday) was jettisoned in favor of unscripted talent competitions produced in-house.  Pequenos Gigantes USA/Little Giants USA(pictured at top) ran for nine weeks and concluded its run on April 6.  The show featured 22 kids ages 6 to 11 from across the country, including Puerto Rico, singing, dancing, acting and showcasing their special talents. Occupying the 8 p.m. timeslot now is La Reina de la Cancion/The Queen of the Song(pictured below), which follows women on their quest to becoming the next superstar in the growing arena of Mexican Regional music. 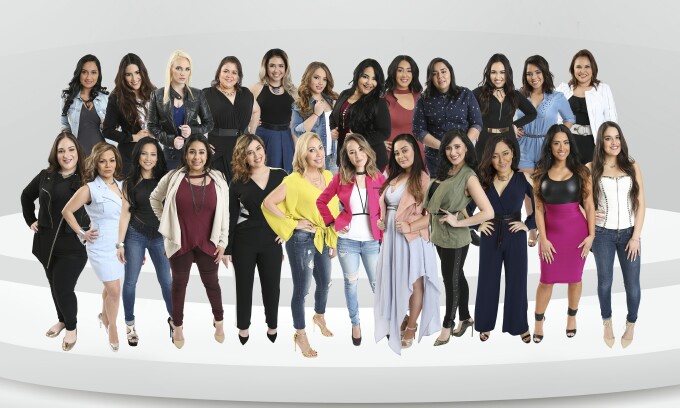 "It's going out of the box," declares Lourdes Diaz, President of Entertainment for parent Univision Communications.  Diaz joined the company last November after executive roles with both NBCUniversal and Viacom.  Newly commissioned research concluded that the U.S. Latino audience is more multi-generational, bilingual and bicultural than ever before.  Just as important, the study suggested that Latinos want to view a variety of original programming, and they want to watch that programming with their families.  "They want to see themselves reflected on TV in ways that are aspirational,” Diaz says.  “We got the message that we have to live up to a new expectation they have of TV."

Nielsen data shows that the new approach to 8 p.m is, in fact, meeting audience expectations.  Univision averaged 1.9 million Total Viewers 2+ during primetime in the first three months of 2017 with a programming line-up that included Pequeños Gigantes USA. What's more, the network delivered the highest Millennial composition (20 percent) compared to the four major English-language broadcast networks (ABC/CBS/FOX/NBC) while also outperforming one or more of these networks on 81 percent of the nights among Adults 18-34 during the first quarter of 2017.  The finale of Pequeños Gigantes USA reached 3.5 million Total Viewers 2+ on April 6.

Meanwhile, La Reina is off to a good start in nightly ratings.  Diaz says the show’s has brought in advertisers including Colgate, Honda, Mars (M&M’S), Mary Kay and MetroPCS, among others.

Univision revamped the 9-10 p.m. telenovela hour to align with its audience’s interests and expectations as uncovered in the research.  Televisa, the network’s key content supplier, will produce shows less about pure tales of romance -- focusing instead on complex characters, interfamily relationships and issues from immigration to workplace rights.  The programs will be set in the U.S. with the first of them, Vino del Amor/Wine of Love, following the lives of owners of a Napa Valley winery in California.  Televisa tapes this series in and around Los Angeles, and from time to time, has the characters speak full scenes in English (with Spanish subtitles on-screen).  Just like the 8 p.m. hour, ratings for Vino are strong.  The program also attracted a first-time ad campaign from Amazon.

Vino "is the first example of the new wave of telenovelas Televisa will do for us," Diaz says. "Look for more contemporary, family-centric work where the characters operate in different colors and shades from what's been previously offered."

From now on, Diaz promises that primetime dramas will showcase realistic storylines with empowered characters dealing with an English-speaking world.  "We want to bring more family-centric audiences into our tent, whether the growing number of married couples who live with their in-laws, or college kids still at home with their parents,” she says.  “We also want to launch nightly and weekly dramas that have the quality of programs like House of Cards, Homeland and 13 Reasons Why."

To accomplish that, Diaz and her associates are holding pitch meetings with a variety of producers, including Sony, Fremantle Media, Endemol Shine and Lionsgate (which has a joint venture with Televisa USA for English-language scripted series).  She welcomes ideas from the likes of Warner Brothers or MGM, as well as from the growing pack of independent production companies.  Look for Univision's own Story House Entertainment unit, now on the channel's Sunday night schedule with the acclaimed Netflix co-production El Chapo, to be a major provider of scripted primetime in the months ahead.

For next steps on the primetime programming overhaul, Univision's annual Upfront presentation happening May 16 in New York will provide the details.