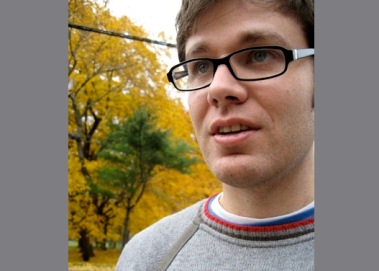 Privacy. The most over reported under explained issue of our time. There were so many press articles, blog posts, investigative pieces and sensationalist stories about privacy in 2012 that your eyes are probably glazing over right now having just seen the word twice in a sentence. Fear not, this isn't about Facebook settings or spooky stories of teenagers being stalked. It's about the opportunity that exists for companies that make privacy, and its sister opportunity, big data, a core strength of their organization.

At The Webbys, we were so fascinated by the seemingly endless amount of news articles – 978 million articles on Google News for "privacy" versus just 151K for "Gangnam Style" as of this week – that we used the Autumn of 2012 to take a deep dive into what the fuss was all about. Of course, we already knew that Facebook users were upset about Beacon in 2009 and people were "concerned about their privacy," but why – or what – is driving the concern?

We read the articles and the research about new privacy regulations in Europe, special "infidelity" phones in Japan that are particularly adept at hiding secrets, and of course, the ones about Facebook, Facebook, and Facebook. We then traveled the world, visiting more than 100 Internet and media companies in 12 countries and 20 cities – from YouTube in Japan and The BBC in London to IDEO in San Francisco and Creative Arts Agency in Los Angeles to share our perspective and hear first-hand how the business and Internet community was handling the complexities of managing their customer's personal information.

Hundreds of clicks and visits later, we came to some simple conclusions. The first is that by and large, the public is absolutely in the dark about how their data is already being used and shared in both online and offline environments. Few people realize that the everyday websites they visit – from The Weather Channel and dictionary.com to eBay and forbes.com – buy and sell information about their activity to third parties in real time. They are unaware that the Web they browse is actually being personalized for them in the milliseconds it takes to load a new Web page, based on the street maps they queried or shoes they purchase online. They certainly don't realize that supermarkets have the ability to push product-specific ads to them on the Internet based on what they bought at the check-out counter.

This massive gulf – the disparity that exists between how marketers now use technology to practice their craft and the public ignorance of those practices – is, at the root, the primary culprit of all those cases of people who feel "creeped out," "weirded out," and "uncomfortable" when companies use their data in ways they didn't expect.

In fact, our exploration of this issue indicates that surprising the customer (whether that be a shopper, reader of your blog, downloader of your app, member of your online community or Facebook friend) with how their personal data is used is far more offensive than how aggressive or conservative the actual marketing tactic.

The second equally important finding is that practically, privacy is intertwined with the new world of Big Data. On its own, the type of things we all tend to share online – what flavor ice cream we like, what we Google, and what music we buy – is relatively innocuous. But when you bring together big databases of consumer behavior, great technology and enormous computation power all at very low cost, marketers now glean quite a lot more from those small bits of trivial information. Retail company Target can, with 85% accuracy, determine when someone is six months pregnant based on buying just a few products; Capital One can make decisions on credit card offers based on the sites one has just browsed, and its even said that financial services companies could figure out if you were being unfaithful based on where you spend your money.

Herein lies the opportunity for businesses, big and small: great organizations of the future will be those that are world class in the way they care for and leverage their customer data. This means becoming expert at how data is collected, analyzed, leveraged for marketing and decision-making and most importantly, how it is treated and cared for in your organization. It is not enough to simply protect your customer's information. It is critical that it is used in ways that the customer expects and better yet, benefits from greatly.

David-Michel Davies is the Executive Director of The Webby Awards and Co-Founder of Internet Week NY and Netted by the Webbys.David can be reached at dmd@iadas.net.

The Webby Awards is the leading international award honoring excellence on the Internet. Established in 1996 during the Web's infancy, The Webbys is presented by the International Academy of Digital Arts and Sciences (IADAS) — a 1,000+ member judging body that includes Executive Members comprised of leading Web experts, business figures, luminaries, visionaries and creative celebrities, and Associate Members who are former Webby Award Winners and Nominees and other Internet professionals.

Reflecting the tremendous growth of the Internet as a tool for business and everyday lives, the 17th Annual Webby Awards expands the mission of the Webby by honoring excellence in Websites, Interactive Advertising & Media, Online Film & Video, Mobile & App, and is proud to introduce a new suite of categories for work in the Social Web. Call for entries for the 17th Annual Webby Awards is now open at www.webbyawards.com

David-Michel Davies is the Executive Director of The Webby Awards and Co-Founder of Internet Week NY and Netted by the Webbys. Getting his start as a junior staffer 13 years ago, DMD stood side-stage at the 3rd Annual Webbys as he watched Napster founders…