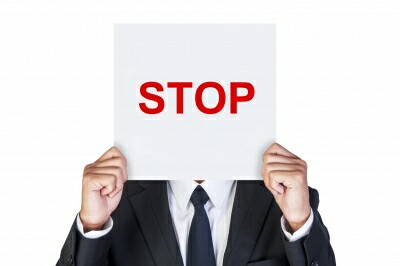 A while ago, I began jotting down some of the more inventive uses of language employed in our business lately. Something about this language has bothered me for sometime now and I wanted to figure out what it was. As a result I compressed some collected phrases (40 of them) from a marketing conference and from a group of advertising awards submissions into two flowing paragraphs. For me, their use actually detracted from my ability to follow whatever the speaker or writer wanted to communicate. Strung together in the same order in which they were originally used, the point I want to make is amplified. Funny thing, as in their original context they sound smart, but mean very little. Try these –

A critical enabler persuaded channel partners to beta test and then optimize the inflection points of the lighthouse project. He wanted to abstract this strategic initiative into a series of dashboard performers. With initiators in alignment and a common language dictionary, they deployed vertically integrated ecosystems in the context of the target architecture. The primary feedback group, the integrity services unit, was not getting traction with the primary enterprise group. Apparently, the functionality of the package had a multiplicity of applications, so they could not consolidate assets during the scalability repositioning. As a result, they were asynchronously uploading benchmarks without parametizing the interface. Consequently, all the user interface components were inverted.

Or from the awards submissions:

By expanding the over-page and pre-rolling the streaming video into virtual word events, they created a virtuous circle of engagement. Then by combining low-tech branding and low-fi production with blue-tooth technology subscribers received a dribble opt-in message. Visitors from organic search were driven to a micro-site, where the SVP of Contextual Planning reminded them that the critical group of influencers was a universal audience.

I still don’t know what any of this means.

This doesn’t strike me as digital-dialogue or B – School-speak. It sounds more like name-dropping. You know, people who try to sound important by hiding behind language. Some people try to preserve the mystique of their trade, for their own protection, by using language that is above the heads of others.

Of course there are other alternative explanations as well. The first is that every trade has its jargon (which is always in transition), but is only really understandable to those in that field. The second is that each speaker/writer had a thought in his or her mind, but instead of translating these ideas into communicable language, they sought to tie up everyone’s brain with the statement twisters. I for one don’t see any of these as valid reasons for torturing an audience with tangled left-brained images.

I know, some people will say, “Get with it. Learn the language.” Well, I’ve been at this for over 40 years and while I have mastered the language of each generation, matters have never gotten this far out of hand. Sure I have been guilty of using some of this language myself occasionally. However, one thing I have learned over and over again – people who go farthest in this business have an ability to transcend trade language and translate their ideas into simple understandable phrases that communicate clearly and powerfully with large and diverse audiences. They simplify, rather than complicate and as a result, they thrive.

I grew up in media, which was fraught with phrases that meant very little to anyone except other media practitioners – “quintile distributions, effective reach, inter-quartile averages, etc.” If you wanted to advance your career you had to learn to distill those phrases into understandable language in order to communicate with other humans who grace the same business, but with other areas of expertise. Put another way, we had to find a common language, not a common language dictionary.

When EB White, the esteemed essayist, was a young man he asked his editor for advice on how to write. The editor replied, “Just write it like you would say it.” For more than 60 years, White graced both children’s and adult literature with simplicity and even co-authored “the” book on language “Strunk and White – The Elements of Style.” He died nearly 30 years ago. Were he alive today, he might say – “Stop talking in fashion, start speaking with style.”