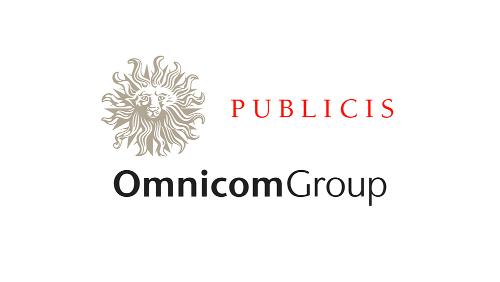 The announced merger between Publicis and Omnicom represents the first major tectonic industry shift in the metamorphosis about which I have been reporting for several months. We can look back as far as four to five decades and recognize the underpinnings of today's media and advertising ecosystem. But in just a few short years, the industry as we know it today will be unrecognizable. The immediate reaction from Wall St. to the Publicis Omnicom merger was positive. Deutsche Bank's Matthew Chesler believes the combination, which creates the largest agency holding company globally, "is a highly proactive and bold initiative that will have profound implications for the two companies and the industry at large." That may be an understatement. On the horizon are equally tectonic mergers impacting the world's largest media companies, all leading agency holding companies, and virtually every mid-sized ad agency.

Pivotal's Brian Wieser stated in his report to investors "The impact of the transaction on the media industry will likely be profound in ways that many observers have not fully considered as of yet. This is because of the ways in which we think the entity may change its media buying practices and the follow-on impact on the rest of the ecosystem." Wieser believes the merger "has negative implications on media owners whose revenue base is skewed towards advertising and especially those whose advertiser base skews towards large brands ."

BMO Capital Markets Dan Salmon reports that "Omnicom's John Wren and Publicis' Maurice Levy will be co-CEOS for 30 months, after which Levy will become Executive Chairman. OMC's Bruce Crawford will lead the board for the first year after closing, and Elizabeth Badinter (daughter of Publicis' founder and holder of 10% of PUB-FR equity) will take the reins for the second year." While Omnicom has great depth in its leadership ranks, Publicis has lost Starcom Mediavest's leader Jack Klues to retirement, another top executive has come under a cloud due to an investment in a newly public traded company, and several of the top executives in its Digitas/Razorfish unit have left in the past few months. Levy himself has been rumored to have been preparing for retirement with no logical replacement in place. The Zenith Optimedia unit of Publicis and its management teams may emerge has having more influence in the combined organization.

Chesler has upgraded Publicis from Sell to Hold with a new €63 target price (previously €50), maintained a Hold on Omnicom but raising the target from $63 to $68. Chesler has also increased Deutsche's target on Buy-rated IPG from $16.50 to $18.00, and maintained ratings and targets for both Buy-rated Havas (€5.70 TP) and Buy-rated MDC Partners ($30) and Hold-rated WPP (Gbp 1,050). Omnicom shareholders will receive 0.813 shares of "Publicis Omnicom Group," a special dividend of $2.00, and up to two $0.40 quarterly dividends. Publicis shareholders will receive one share of the new company and €1.00 special dividend.

"The rationale of the transaction is pitched as a combination of two complementary firms. In particular, Omnicom accelerates its digital strategy and gains greater scale in media and China; Publicis gains deeper below-the-line capabilities, consolidates its U.S. presence and enhances its creative capabilities. From an industry perspective, removal of a competitor should theoretically improve pricing leverage. Given the size and scale of the new company, effectively the proforma group becomes a proxy for the global ad industry – a utility of sorts, but a high quality, highly cash generative one," says Chesler

Wieser notes that "the combined entities will now also be better positioned to pick winners and losers in ad tech. Between Publicis Omnicom Groupe and WPP, the two entities will have a disproportionate degree of influence in picking winning technologies in ad tech - platforms such as DSPs, bid management systems, book-bill pay systems, etc - will all now have two big customers accounting for the bulk of activity in some verticals, making a shake-out more likely."

Dominic Proctor, Global President of GroupM, WPP's media investment unit, commented: "This is an interesting move. They are making it clear that a primary motive for the merger is achieving scale in media buying. However, neither Omnicom nor Publicis was able to bring their investment teams together effectively as individual companies, so it will be fun to see if they can now do it together. Getting scale in media investment management is critical for clients, but it only works if it all joins up. Media investment management relies heavily on scale, but scale counts for nothing if it continues to be disparate."

Wieser, while acknowledging the difficulties inherent in merging media buying units and agreeing that scale does not always equal clout, believes the merged company will eventually follow the Group M model, pointing out that "a combined Publicis Omnicom Group and WPP's GroupM could account for as much as 70% of a given broadcast TV network's revenue base, and perhaps a plurality of revenues for many online media properties." Wieser sees risks on the horizon for CBS, Discovery, Scripps, AOL, Yahoo, and Meredith. "If Publicis Omnicom Group mirrors GroupM's buying strategies, both entities will be positioned to jointly drive media prices down in a manner that was much less likely with any other combination of media agencies."

It may take years for Omnicom and Publicis to merge its media buying operations into a single factory, while GroupM, which includes Mediacom, MEC, Mindshare and Maxus, among other entities, combined the media buying clout of its affiliated agencies from the outset. GroupM has clearly differentiated itself from its competitors by negotiating volume deals with media owners and then fitting the media inventory into client plans. Neither Publicis nor Omnicom have embraced this model, and will now need to reconsider their approach to negotiations with media owners in response to demands from marketer procurement teams.

As Wieser points out, " While agencies outside of GroupM have been able to argue to marketers that their approach to buying is customized to clients and therefore more client-centric, procurement teams inside of marketing groups have gained influence over the years and increasingly require proof that an agency beat certain benchmarks, or otherwise has to supply pricing, which in turn may be compared with prices that other agencies indicate they have secured. Our understanding is that often, procurement teams want agencies to make guarantees that they will beat those benchmarks, or otherwise waive any bonus or even take a cut in compensation. Given the ascendancy of procurement in modern marketing, and the ongoing focus on total resources that marketers expend, the GroupM model seems to us the most advantageous model in the long-run.

" Supporting this trend is the increased degree of fragmentation of media, which in turn makes the selection of a medium and audiences increasingly important vs. the precise content around which a brand appears . This is most pronounced in network TV specifically and TV in general, which has become so fragmented, that advertisers are becoming incrementally indifferent about what programs their commercials run up against." Wieser adds, "We have already begun to see this indifference in online advertising, where the large brands who dominated advertising on portals have increasingly shifted their buying of digital media towards the buying of audiences, often through programmatic means. There will still be unique media properties such as sports programming that are 'must-have' and which specific clients want. But we see it getting incrementally harder for media owners to bundle those properties with inventory that marketers are going to be increasingly indifferent towards. As a consequence," says Wieser, growth will be curtailed for media owners who are dependent on spending from the largest advertisers serviced by large agencies."

Wieser also suggests GroupM and Publicis/Omnicom Groupe "will have the most scale to drive rebates out of media owners in countries where they are a standard form of compensation for the agency sector, allowing them to provide services at lower costs or to generate more revenue to invest in the business. Account losses," he believes, "are likely to be modest. In the past, global marketers concerned about conflicts within one holding company could choose others who could provide comparable services. They will have far fewer now, and more importantly, most holding companies have been successfully demonstrating that they can produce structures that provide a sufficient degree of client confidentiality and walling-off competing accounts."