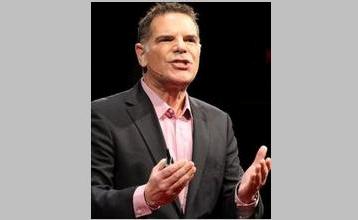 On July 13, Entertainment, Media and Communications partners Sean DeWinter, Stefanie Kane and Russ Sapienza presented the findings from PwC's Global Entertainment and Media Outlook: 2011-2015. Subscribers can get all the data online and compile their own custom reports. The interactive Outlook platform lets you pick and choose what statistics you want to analyze. Visit pwc.com/outlook for details. And here's a recap of the highlights from the 700 page report:

The global E&M market grew by 4.6% in 2010, making it the definitive year of recovery with a steep vertical jump. The big story was the outperformance of advertising, which will continue to mirror sustained and moderate GDP growth over the next five years, but will be even more pronounced.

Of the 13 segments in the EMC market, only video games and recorded music underperformed PwC's expectations. Consumer spending grew at only a moderate rate since it was a hard recovery, during which low or no cost digital content became key for consumers.

But the real actionable data is at the country level. The U.S. will remain the largest market growing modestly, but China will grow at 11.6% to become a nearly $19 billion market and the third largest market for Internet advertising by 2015. This is India and China's first time in the $25 billion E&M market, with the Middle East and North Africa (MENA) projected to be next to join in 2015.

The first major story over the next five years will be the growth of mobile and Internet connectivity. The U.S. broadband market is nearly saturated, but mobile connectivity is expanding fast. Brazil will have increased digital opportunities over the next five years as connectivity in both sectors continues to show strong growth. China will be more connected by mobile devices than by wires by 2015, and astonishingly Russia currently has more than 1.5 mobile connected devices per adult.

Mobile Internet is definitely the current global trend, especially since mobile devices are the first telecom product to be more popular in the developing world than in the developed. Smart devices will drive spending on E&M content globally and will become the primary means of Internet connectivity.

The consequences of growing Internet connectivity have made Internet advertising the second largest category in the E&M market in 2011-2015. However, TV will continue to remain in the number one spot.

The second major story over the next five years is the "medium formally known as TV" and the digitally connected consumer.

Not only has instant Web streaming forever changed TV subscriptions and company price models, but the British Royal Wedding shattered traditional and Internet TV viewing records, shedding light on the medium formally known as TV. Consumers want to access a combined television, social networking experience across a range of devices, such as smart phones, tablets, and laptops.

Not only does this mark the beginning of the digitally connected consumer, but from here on out it will be the digital natives who drive the market and shape content. These are the people who grew up on digital, who see instant streaming as normal and think content should be stored in the cloud, not in your computer. The digital natives have gotten used to consuming content without paying for it, but this model is unsustainable. The industry needs to figure out how to get these market-driving consumers to pay for content.

In effect, consumers are challenging the industry to come up with better, more sustainable models based on the five categories that people are willing to pay for in digital content: convenience, experience, quality, participation, and privilege. The last two are particularly important for convincing digital natives to pay and attracting them away from pirated content.

From 2015 onward, the operating model for the top E&M companies will be the collaborative digital enterprise, "which is technology driven and dynamic, interconnected, and continuously engaged with its entire customer, employee and supplies ecosystem."

Danny Landau contributed to this report.