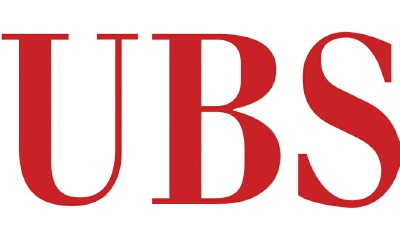 Is the advertising community shifting budgets earmarked for network TV into digital/online TV? That was one of the big issues raised last week during the UBS Global Media and Communications Conference, which took place at the Westin Hotel a block from Times Square.

Key network and programming executives were divided in public when asked to counter advertising agency claims that the shift is on and will not be short-term. That robust debate came with growing awareness that cable and satellite video-on-demand's prime time is at hand, fueled by the implementation of dynamic video advertising. Plus, there is little doubt that we're in an age of exponentially expanding original scripted content that will continue unless broadcast and cable nets experience big advertising shortfalls.

Credit Doug Mitchelson, the UBS analyst interviewing most of the TV royalty on stage, with drawing all those points out and more. While always getting the cream of the media executive crop (Disney being a notable recent exception), this event in recent years has suffered from questioning by analysts either unwilling to ask important, topical questions, or to follow up when newsy tidbits drop in their laps. That wasn’t the case with Mitchelson. He listened carefully to his guests and heard what they said and asked appropriate follow ups rather than simply moving down a list of questions that had been prepared in advance.

Still, there were many questions for individual speakers that remained unasked when UBS wrapped up. Here are several for discussion. Your thoughts about them are welcome.

1) For those GroupM, Magna Global and ZenithOptimedia representatives on the opening panel last Monday: Why are your agencies shifting TV dollars to online?

2) For CBS Corp. President and CEO Leslie Moonves and Chief Research Officer David Poltrack: Your company is a big believer in VOD and the possibility that it will ultimately surpass DVRs in audience appeal. Yet VOD can't offer first-run syndicated programming, such as "Wheel of Fortune,” “Jeopardy” and “Judge Judy” (syndicated through your distribution unit). Is there any chance you'll break the ice soon? For the entire original syndication universe, VOD could be a gold mine.

3) For Viacom President and CEO Philippe Dauman: What's up with original content on BET and Centric?

4) For Netflix Chief Content Officer Ted Sarandos: Clearly your company wants to be the world's top original programmer, sans commercials and without making ratings public. Right now, you order original series without making pilots. Amazon Studios is making pilots and letting its audience choose which of them will become series. Is there any chance you'll let your following determine what new series you do, based on their pitches?

5) For Starz CEO Chris Albrecht: Without prompting, you were one of the few UBS speakers open about encouraging diversity, mentioning your success with “Power” and “Survivor's Remorse” that highlight African-Americans. Latinos, you added, are a key population to reach. Is Starz working on a Latino-geared scripted series? If not, when will it? And what about Asian-Americans?

6) For Tribune Media President and CEO Peter Ligouri: Where's is your multi-cast channel Antenna TV headed? With so many rerun multicast nets out there (This TV, Me-TV, Retro, etc.), is there any chance Antenna's format may diversify?

7) For Time Warner President and CEO Jeff Bewkes: Where are both CNN and HLN headed?

8) For UBS conference organizers: Why so little discussion about the growth of smart TV sets and products that make TVs smart, such as Roku, Google Chromecast and Amazon Fire TV? How about getting speakers from those set makers, Roku, Google, Amazon, etc. on next December's agenda? Can we hear from Disney or NBC Universal? And can we have a conference on one floor somewhere, similar to what used to take place at the Grand Hyatt near Grand Central Station?

1) "When Netflix tells you how many subs watch ‘House of Cards,’ I'll tell you how many people watch CSB All Access (over-the-top venture)." -- Leslie Moonves

2) "You ask me every year about (CBS putting on too many procedurals) and every year we put on a crime drama that works. ‘NCIS: New Orleans’ is a crime drama, ‘Scorpion’ and ‘Stalker’ are crime dramas. ‘Madam Secretary’ is a political drama and, by nature, a crime drama." -- Moonves again

3) "I hope you all have confidence in Nielsen's current tracking. Ratings are an irrelevant barometer of success for us. Ratings are a destructive discussion, going against the quality and the creative of TV. It's been horrible.” -- Ted Sarandos

4) "Is the volume of original scripted content sustainable. Everybody wants to be in TV production and we need to keep creating a magnet for storytellers to produce the best stories they've ever done." -- James Murdoch, 21st Century Fox Co-Chief Operating Officer

5) "The programming is much more resonant with young people than ever. The trick is to make it work with a powerful distribution system." -- Jeff Bewkes