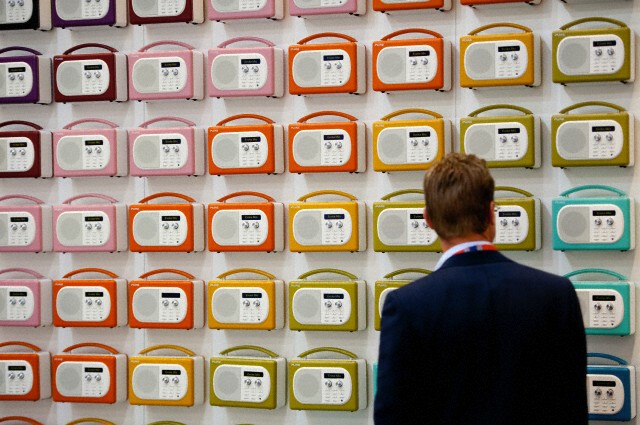 At the annual radio convention awards dinner in Australia, "Best New Format" is a coveted category. "Best New PD" and "Best New General Manager" are on the menu of prizes. "Best New" is celebrated in Australia. Seeking new, celebrating new, is an attitude that makes it possible to adapt to change easily. In my last column I suggested five ways that an AM Talk station could improve. Every one of the numerous response comments was identical: "Great ideas. Too bad no one (station owners) will listen."

There was nothing theoretical on the five-point list suggesting ways to improve AM Talk stations. All of the suggested actions have been in use by Sabo Media clients around the world -- some for decades. But the perception is that any major change, any new approach in programming will be rejected -- just because -- rather than embraced.

The challenge has always been how to develop and air a new idea in American radio. The usual process is:

2. Get bashed in the head by industry. Pundits prove it won't work.

4. Industry copies and everyone claims credit.

In the early 1980's Jeff Smulyan put the first all-sports station on the air, WFAN, New York. I can name (call me, I'll tell you) the people who were certain -- could prove -- it wouldn't work. WFAN became the frequent No. 1 biller in the No. 1 city and is usually No. 1 among men 25-54 all day. The pundits who predicted WFAN wouldn't work are now rushing to put as many FM all-sports stations on the air as possible -- and claiming credit!

Let's get better at this. Some thoughts:

Radio does not offer a rich environment for experimentation and innovation.  Other industries institutionalize the creation of new ideas. They have Research and Development. Budgets and labs in other national industries test and test and test new ideas and improve the success rate before launch. Television tests everything and its development budgets and staffs are formidable. Movies conduct constant test screenings. Even those cheesy painted plates for sale in the Sunday paper are tested in mall intercept studies, i.e. "Do you think the dog's ribbon should be blue instead of red?"

At this moment of vital new competition, most radio companies have eliminated research and rent-a-brains; consultants. Horrible timing.  A R&D budget represents a commitment to a future. It's not a luxury.

Sign your name.Every TV show, movie, painting, book, magazine and newspaper gives credit by name to all of the staff. Once a day radio stations should run a credit roll for their off-air teams. The credits can be funny. They could be voiced by the air talent and used to make light of the staff or to celebrate fresh creations.

The NAB/RAB Radio Show Awards must start to include Best New Format, Best New Marketing Strategy and Best New Technology.I wondered exactly which format prize it could win when Press Broadcasting and Sabo Media launched WTKS Orlando (Talk all week. Music all weekend.) If there had been a Best New Format award, the WTKS staff would have had a good shot a winning and being recognized for their innovative work.

TV copyrights formats.“Shark Tank,” “Who Wants to Be a Millionaire” and many other shows are built on formats that are legally protected from copying. Copyright protection can be aggressively used in radio. When radio programmers create rotations, stop sets, brand names and production they are creating protectable elements that can be owned and monetized. It's time to do that.

When a new format hits the air, please say what one of my mentors always said, "I hope it works."