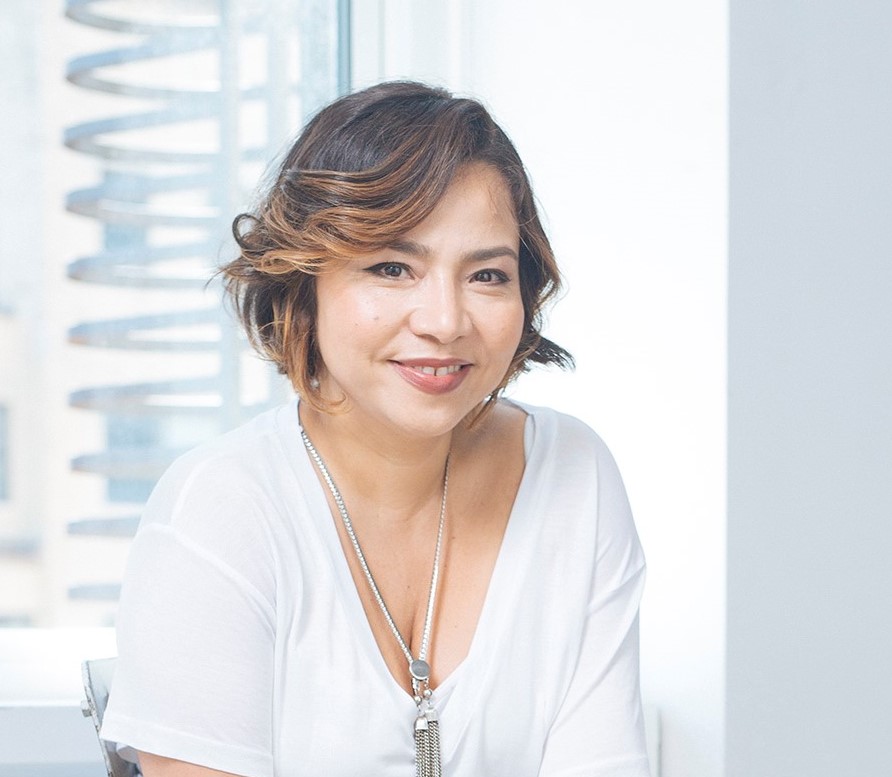 In a media world that has historically (and misguidedly) placed its valuation on the younger age demographic, it is refreshing to see a new effort to correct for that inaccuracy by showing the value of all consumers, no matter their age. A+E Networks has embarked on an ambitious study on Total Audience 18+ that demonstrates the power of consumer spend across all age groups, particularly older adults.

To craft such an important analysis, Marcela Tabares (pictured at top), senior vice president, research & strategic insights, A+E Networks, sought data and trends from many sources and parsed the results in a way that compared behaviors across a range of ages. "We didn't set out to do one specific study," she explained. "There were a couple of different components. One aspect of our approach is that we designed it across mutually exclusive demographics like 18-34, 35-54 and 55+, so we could really understand how the different demographic cohorts perform across the funnel."

"We looked at top level ad awareness and receptivity, purchasing power and spending across key consumer verticals, and we commissioned campaign effectiveness studies so that we could ultimately size the impact of conversion," she continued. "We set out to understand how they are actually responding to advertising, if there are meaningful differences, and what is the real magnitude and opportunity within these different age cohorts? We really wanted to understand it ... to maximize the potential of our audiences and optimize the partnerships we have with our clients." To that end, Tabares and her team, "applied an integrative, multimodal research strategy to quantify how key demo cohorts within Adults 18+ behave in the marketing landscape."

We know that the U.S. population is aging. Older adults comprise the fastest growing [age] group in the last decade and are projected to be in the next decade. "Ignore this demographic group at your own peril," Tabares warned. "It's time to temper our fascination with youth culture and embrace this massive opportunity right in front of us. It's time to be more inclusive and expansive in our marketing strategies."

To many who have grappled with how to demonstrate the value of reaching older adults to advertisers, the study revealed some fascinating surprises in addition to some fairly logical insights. Using A+E's Precision and Performance platform for advanced targeting and data-driven linear analyses as well as an attribution backend, David Ernst, vice president, advanced television and digital analytics, noticed that, "a large portion of the people that were outside of the buying demographics tended to contribute an awful lot of the performance -- as much as 50% and even more."

These older prospects, Tabares explained, were being left out of the buying equation, "because they were being narrowed down into specific demographic groups."

The results of the Total Audience study underscore the value of the return on investment when you expand the age target to include all adults. There were quite a few surprising results. For example, ad receptivity was higher among older adults than among younger ones. "Really? Their attention, message memorability and likeability are all higher?" Tabares asked rhetorically.

Tara Lantieri, senior director, primary research, ad sales strategic insights, A+E Networks delved deeply into this subject by researching a year's worth of data that included 20,000 different TV ads from over 1600 advertisers and more than 50 categories. "What we saw was that brand memorability actually grows as viewers age," she revealed. "It's twice as high for adults 55+ versus 18-34 year-olds. When we look at message memorability, we see the exact same pattern where it is twice as high. Likeability follows that same, step-wise pattern where it grows by age. It's about 71% higher overall than it is for younger adults. And that pattern is consistent across categories -- 47 out of 58 examined."

With advertising creative, in addition to ads specifically built around authentic portrayals of older protagonists, Lantieri found that multi-generational ads did particularly well among adults across the age spectrum. In some cases these ads performed twice as high in memorability and likeability metrics among older adults, likely because they were viewed as respectful and realistic and non-stereotypical. In addition, ensemble cast ads also did especially well, "when the ensemble cast specifically included and spoke to people who are older in a realistic and nuanced way," she said.

Aliza Wechsler, director, advanced advertising and attribution analytics, A+E Networks, conducted proprietary research with NCSolutions and 605 Impact to examine actual TV campaigns to ascertain the impact on conversion across demographic cohorts. With the NCSolutions CPG study, for example, Wechsler found that heads of households age 55+ represent 53% of the spend -- $200 million more than the two younger demo breaks combined (18-34, 35-54). The Auto study with 605 Impact showed similar results. "This shows the huge spending power of 55+. When you add their scale, it magnifies their potential. And they are not even being spoken to correctly. Imagine how much more of their dollars you could get if you spoke to them correctly," Wechsler noted.

Auto conversion rates among Precision targets were also impressive. Wechsler found that "strategically targeting across the total audience lifts the conversion rates up unilaterally across all of the demographics. Purchase rates in our network group were 11x higher when you targeted those particular behaviors than those who fell outside of the behavioral target."

"Adults 55+ are driving economic growth," Lantieri stated. "For every dollar spent in the economy, Adults 55+ account for 41 cents and they spent $3.4 trillion last year alone." This compares with 18% of spend coming from 18-34s. If you are ignoring older adults, "you are leaving a lot of money on the table." One would think that targeting older adults in a way that resonates with them would be a no-brainer.

But the old canard that advertisers get 55+ viewers anyway persists. "What does it mean to, 'get them'?" Tabres asked. "This is not a monolithic demographic. This is a very diverse demo with diverse interests, perspectives, experiences and behaviors. If you are not speaking to them directly, reflecting their lives and interests, then you are missing the opportunity to capture their interest in you. You are just getting them demographically."

"You might be getting an impression, but are you really communicating with them?" Ernst pondered. "Messages that resonate with people are going to motivate them to action."

Changing advertiser minds when faced with entrenched beliefs is no mean feat, but Ethan Heftman, senior vice president, ad sales precision + performance, A+E Networks, sees opportunity. "Total audience buying is starting to gain traction with the agencies," he said. "They seem to come around quicker as they see market realities and there's no way to control CPM inflation without it."

Have advertising partners changed their target because of the results? "This research study is just one of the building blocks of selling Total Audience; it rolls up into a larger conversation with many different tentacles," Heftman explained, adding, "The right combination of education and our creative solutions has led to a few instances where our partners have gone back to reevaluate their target. We now have a few attention guarantee deals in the works with clients across a variety of categories."

Tabares is hopeful that, "although age is still left out of the conversation" and older audiences "are not being spoken to directly," there is a real opportunity here to change the dynamic. "If we see that ad receptivity is so strong, that they have the spending power across the majority of categories and that they are responding to advertising with sales, what would happen if you actually talked to them in a more meaningful, relevant way?" she asked.

Next steps in this process will include a major cultural insights study, working with sociologists and cultural anthropologists, to more fully dimensionalize and "get into the layers of what representation means," to this audience. "Now is an important time to know their values, beliefs, aspirations and attitudes, so that we can better tell their stories and make them feel seen," she concluded.