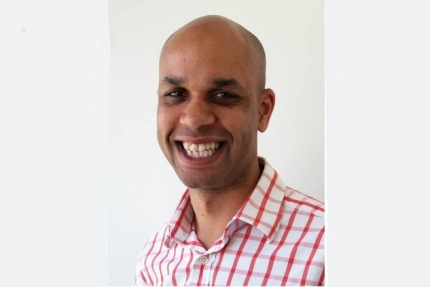 Mobile World Congress is the mobile industry event of the year. It brings together all sections of the mobile value chain, from all corners of the globe. From San Mateo, California to Shenzen, Guangdong Provence. This year there were over 60,000 delegates who descended on Barcelona from 27th February to 1st March, all there to witness the latest and greatest from across the mobile industry.

Whilst it could be said that the operators are diminishing in significance within the mobile ecosystem, global turnovers in excess of £45 billion Euros (for Vodafone alone) means they cannot be ignored. The main UK operators were well represented in Barcelona, with Vodafone, Orange and O2 Telefonica all present with big stands. There was also representation from the Middle Eastern operators, such as Qtel (Qatar) and Zain (most of the rest of the Middle east), showing how mobile communications are growing in importance in all regions. The O2 Telefonica stand stood out as the most impressive from the operators, which is in line with their ambitions to widen their range of services to include O2 Money & O2 Health, amongst others.

Most of the large stands come from the big boys in the mobile infrastructure space. Qualcomm (manufacturers of mobile chipsets and network equipment), in particular, had an impressive stand where they were clearly expecting to do some big deals. Not only was the stand on two floors, with casual meeting rooms above the product displays, there was also a large conference room area outside one of the halls. Qualcomm were not the only company to have some serious real estate. Huwaei, the second largest provider of mobile infrastructure in the world, after Ericson, also had an impressive stand and an even more impressive looking hanger that was only accessible to their guests. I managed to have a chat with the Head of Mobile Advertising at Huwaei who explained their ambitions to power mobile advertising services across most of Asia and Africa. Whilst the European and US market is relatively advanced, there are big opportunities in the East with operators looking to develop new revenue streams from advertising, as they have done in the West.

The predominance of these big infrastructure companies means that, unlike most advertising or digital conferences, the general uniform is of suits, rather than jeans. Until, that is, you move into the smaller (relatively!) area of the App Planet in Hall 7. This is where the smaller, newer entrants to MWC come to play.

App Planet was where most of the interesting exhibitors had their stands. I'm not being disrespectful, but semi-conductors, radio antennas and femtocells just don't float my boat!

It was here that, for the first time, a lot of the mobile advertising networks were looking to attract new publishers, as well as advertisers. AdsMobi, Mojiva, Adfonic, Millennial Media, InMobi all had a presence at MWC this year. Nexage & Smaato, were also there from a mobile exchange perspective, and Mobclix were represented by their parent company, Velti.

There were also a lot of app developers that were touting their wares and looking for corporate projects, as well as companies with app development tools that make it easy for anybody with half a creative eye to build their own apps, using an online interface.

Back into the sunshine and even more exhibitions from handset manufacturers, such as Nokia debuting their new camera phone with a 41megapixel camera! Some of the Nokia services, such as Nokia Maps 3D, show some great innovation that gets forgotten about behind the Apple and Android hype. Hopefully the Nokia / Microsoft partnership can help bring that to the fore again.

LG were showing off their 3D handsets, which look amazing! The 3D gaming demos were spectacular, although they looked like they would make your brain hurt after playing for more than 5 minutes. Samsung also had their wares on show, with a number of artists drawing caricatures of people on the Galaxy Note to demonstrate the power of the stylus.

So what does it all mean to us, as a media agency?

Firstly, having first visited MWC 5 years ago whilst working for AdMob, it really does seem like mobile advertising is growing up and starting to play with the big boys. Back then the App Planet didn't exist and the show was very much about infrastructure, so the fact that so many mobile ad companies were exhibiting at this, the biggest mobile show in Europe, is definitely encouraging. There is still a long way to go, in terms of standards for rich media, ad serving and measurement, but the signs are all there that this will happen.

Secondly, the emphasis on mobile payments shows that major companies are expecting to see big moves in m-commerce in the coming months. Both eBay and PayPal had a presence, and even Visa were showing off their contactless payments and mobile top up products. The Visa stand featured a lot of Samsung devices and the hope is that the partnership can help launch contactless payments (using NFC) around the Olympics in London this summer.

As m-commerce grows, it will be much easier to demonstrate the ROI of mobile campaigns, as we will be able to move from awareness to driving actual sales.

Thirdly, improvements in devices and networks mean that media consumption on mobile devices (and I'm including tablets here) will undoubtedly continue to increase. Screens on mobile devices are just getting better and better and HD content looks amazing. As mobile content consumption continues to grow in the home (where network speed is less important due to wi-fi coverage) taking consumer's media time away from TV, press and even online, we need to look to mobile media to re-capture those eyeballs for our clients.

Mobile VOD, rich media and branded content all present opportunities to sell more services into clients. We also need to be pro-active and plan how to migrate spend from other media into mobile. We're making a start this year, but it is something that will accelerate and we need to be prepared.

It was a couple of years ago when Eric Schmidt said that Google would make more money from mobile ads than desktop, and they continued that rhetoric this year, with Jason Spero (Head of Mobile Advertising at Google) saying, "Ads placed on mobile will provide more value to an advertiser than desktop."

We need to ensure that we integrate mobile into client comms plans, not just from a simple display perspective, but in a rich and engaging way, in order to deliver that increased value for customers.

Jide Sobo is Head of Mobile at MEC in the UK. Jide, previously Mobile Strategist at Media Brands, brings twelve years of mobile experience to the agency. He is responsible for driving the growth of the channel. Jide can be reached atjide.sobo@mecglobal.com.

Jide Sobo is Head of Mobile at MEC in the UK. Jide, previously Mobile Strategist at Media Brands, brings twelve years of mobile experience to the agency. He is responsible for driving the growth of the channel.