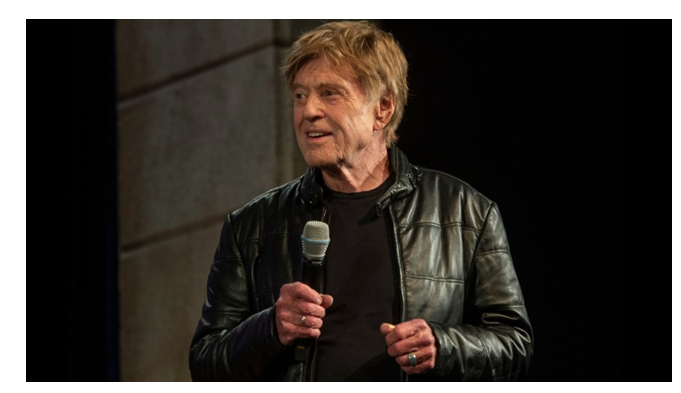 On opening night of the Sundance Film Festival 2019, founder Robert Redford (pictured at top) once again took the stage at the Eccles Theater, one of the largest of the dozen or so theaters where films are screened during this 11-day film festival, to remind the sold-out audience of the vision behind the film festival that launched independent film.

"Through the Sundance Institute, which had been going already for a few years before the festival started nearly 40 years ago, we realized that independent artists and storytellers were getting mentored and supported through the lab programs to get their stories told, but we needed to also build an audience to see their films," Redford said.  "That's why this festival was created; to open up a two-way street for artists and audiences to connect."

And that's what happened.  Over the years, the audience for independent films has grown worldwide.  This year, nearly 80,000 people traveled to Park City, Utah, to see the films selected by the festival's curatorial team from the more than 14,000 films submitted for the feature film, documentary, world cinema and short film competitions, as well as other "out of competition" screenings of premieres, such as the groundbreaking New Frontier section that features VR, AR and other new formats for storytelling from the world's growing independent artist communities. 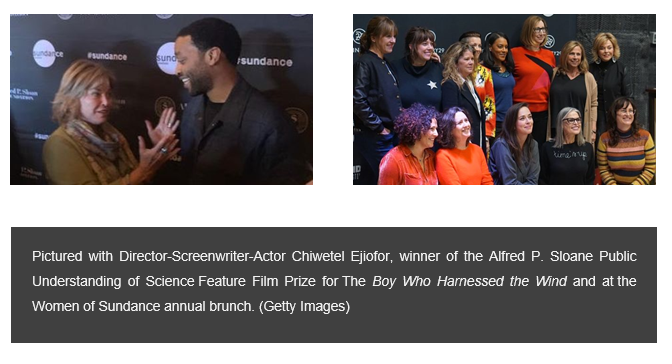 No question that artists and audiences were connecting this year even more than at any festival in my memory … and I've been going to the festival for more than 20 years and serving on the Sundance Board of Trustees for 25 years, the last six as Chair.  At SFF 2019, along with the most positive "buzz" I can remember about the films, the words often heard were "most diverse" and "most inclusive."  It was all that and more.

In terms of festival film offerings, 2019 marked the first year that the U.S. Dramatic Feature Competition achieved gender parity with 56% of films directed by women.  Of the 112 films in the official selection, 40% are directed or co-directed by a woman, and among the 61 directors in all four competition categories, 39% are people of color.

What differences -- besides being more representative of the population of artists and audiences -- do the numbers make?  That was a question my granddaughter, 21 and studying film at UCLA, asked me after her first few hours at the festival.  She was hearing the positive reviews of so many films and noting the deep engagement in the conversations during the excellent panels and discussions following films and at the filmmaker lodge.

My response to her and others who also observed a difference in this year's overall program was that just as inclusion and more representative voices make for better government, better performing businesses and greater social justice at every level of societies, a more inclusive group of storytellers offering new perspectives, ideas and stories has a positive impact on both communities -- artists and audiences.  I felt that so strongly at every screening and at every filmmaker Q&A, and I believe that the impact of this work from a more inclusive community of artists will be felt way beyond one festival, especially since so many of the films at this year's festival were bought by studios, theatrical distributors, Amazon and Netflix --and, I might add, at some of the highest prices ever paid for films helmed by women and people of color. 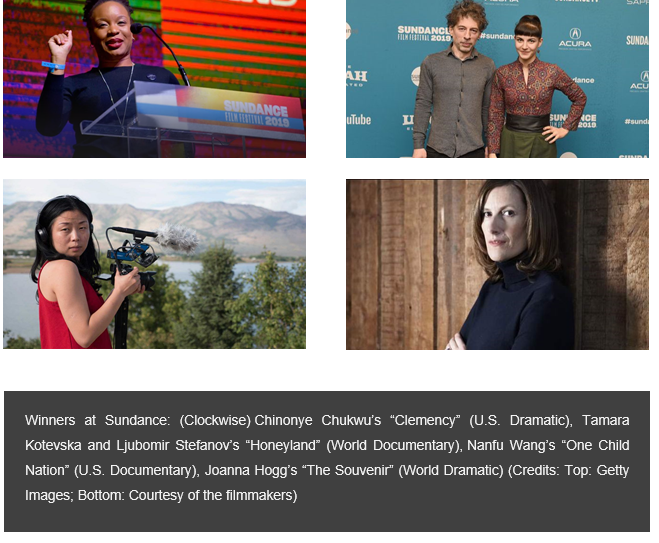 No surprise, then, that when the Grand Jury awards for feature and documentary were awarded at the end of the festival, all four went to women directors, two of whom were women of color.

There was also a profound shift in the press contingent covering the festival.  In the wake of recent studies that show 82% of film reviews are written by white men, and noting that this "lack of inclusion has real-world implications" for how films are received in the press, Sundance Executive Director Keri Putnam announced that this year, after overhauling its press accreditation process, 63% of press passes went to underrepresented groups, including women, people of color, members of the LGBTQIA+ community, and people with disabilities.

None of this just happens, of course.  Increasing representation from underrepresented communities means making inclusion a strategic priority.  Keri, the Sundance Institute team and the board have done that for many years now.  This year's festival manifested this commitment and showed impressive progress towards true parity in the representation of stories and storytellers, but there is more work to be done to ensure that every step of a creative journey from artist to audience is more equitable for all. 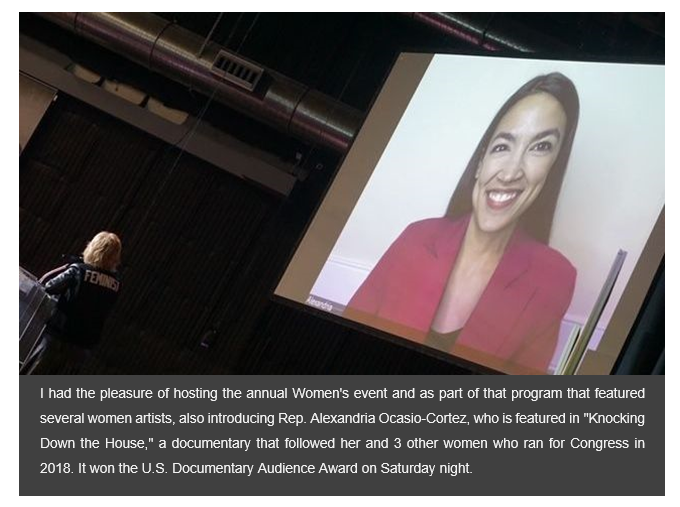 To help further identify the barriers to full parity across the board of all underrepresented communities of artists and storytellers, the Sundance Institute partnered once again with Dr. Stacy Smith and the Annenberg Inclusion Initiative at USC to analyze the data on the Sundance Lab programs and the festival selections that the Institute has been collecting for 9 years -- data on race and gender.  The research was shared publicly at the festival and tells the fuller story of the challenges remaining.

The opening to the pipeline for women and persons of color is getting more equitable but getting their stories to bigger audiences is where more work is needed.

The good news is that the total percentage of female U.S.-based dramatic submissions to Sundance lab programs and the festival has increased, but not yet at the 51% that women represent in the general population.  Directors of color submitted 29% of dramatic films, and while the acceptances of films by directors of color exceeded parity in short films and was at 38% of features with a director of color, there is need to address the barriers to entry at the beginning of the creative journey.  Across all accepted features, episodic projects and short films, only 18% were directed by women of color.

It's important to see where the pipeline fails.  While noting that women and people of color are well represented now in the Institute's labs and artist support programs -- more than half of the participants in the Sundance Institute's Directors Lab last year were women (55%) and people of color (60%) -- the pipeline starts to fail on inclusive measurements when the artists advance to Hollywood and the mainstream film industry.

People of color directed only 22% of top-grossing films in 2018.  More telling and more challenging is this number: only 4% were directed by women. That percentage has stayed at 4% in spite of improvement at every entry point from labs to festivals for women and people of color.  In fact, for women of color, the drop off is even more significant.  According to another report from Annenberg, of the 1,335 directors of the most popular 1,200 films of 2018, only nine were women of color.  One of them, however, was the awesome Ava DuVernay (pictured below), who directed the blockbuster Wrinkle in Time for Disney and just signed a multi-year, multi-million-dollar deal with Warner Brothers.  Go Ava!  She is committed to opening up opportunities every step of the way for other women and people of color.

Another step was taken to address this disparity -- the 4% challenge -- announced by Dr. Stacy Smith at the festival, challenging every actor, producer and studio to commit to working with or hiring a woman director in the next 18 months.  That would significantly raise the percentage of women with the opportunity to prove their value in the marketplace!

The report concludes that "as a leader among festivals, Sundance can showcase upcoming talent, nurture budding directors and launch careers. Ultimately, however, the responsibility for carrying this talent into wider industry work must be borne by others.  Until the pipeline to TV, top-grossing films and higher-budgeted entertainment is widened to allow more diverse talent through, these figures will tell the story of talent left untapped and stories untold."

Talking about the study findings, director Lena Waithe said, "Good stories depend on diverse perspectives.  Those perspectives will only be supported with intentional outreach and support for intersectional voices across the spectrum.  The audience is there to support good stories, but we have to work harder to see those stories brought to light."

I agree wholeheartedly.  I saw so many films that elevate, explore, expose and engage, both features and documentaries, at this year's festival.  Over the next few weeks I'll be writing about some of them.  Until then, vote with your ticket purchases and TV and streaming choices.

Building and strengthening a connection between independent artists, storytellers from all communities, and an audience was the two-way street that Redford envisioned, and one that the Sundance Film Festival curators and Institute teams are committed to continuing and strengthening, doing the work to make that creative journey more equitable for artists and more valued for audiences everywhere.

More Highlights from the Festival

Pat Mitchell is the editorial director of TEDWomen. Throughout her career as a journalist, Emmy-winning producer and pioneering executive, she has focused on sharing women’s stories. She is chair of the Sundance and the Women’s Media Ce…