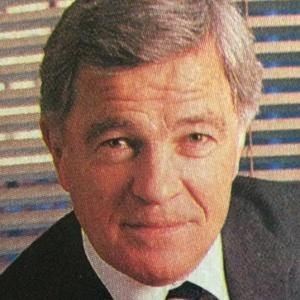 I first meet Peter Diamandis when he was at the Lambert Ad Agency in the late ‘60s. I was the apparel ad sales manager at Time Magazine. Lambert had Hanes Hosiery. Ken Marks, another ad sales rep and I got an appointment with Peter, who was SVP at Lambert. He was amused and curious as to why people from Time Magazine wanted to call on him for Hanes Hoisery. We came into his office with a huge TDI Poster. Time Magazine back then ran a highly creative and massive transit outdoor campaign with the TIME logo missing the “I”. Instead a product or company logo stood in its place. The poster we mocked up had a woman's leg as the missing I and the headline across the top simply stated, "WHERE HANES GETS ITS LEG UP ON THE COMPETITION." Before we could even get into our presentation, Peter took one look at the TDI poster and said: "Get me this and a thousand to send to major retailers across the country and you have a schedule." That was Peter: ever so quick to size up a business opportunity and also one step ahead of everyone else.

We became friends, and once when I was looking for a job he introduced me to Si Newhouse. Si was totally taken with Peter's talents as a Publisher and loved his sense of humor. Si told me that once when Peter was no longer at Conde Nast and they both were at different tables at The Four Seasons having lunch, Peter had the captain send over his bill telling the captain that Si was so wealthy that he could easily afford to buy lunch for both tables. And Si did.

Peter's unique combination of being a top business executive with a phenomenal sense of humor made working for him or doing business with him both profitable and enjoyable. When he cut a great deal by buying CBS Publications, and then made a small fortune when he sold it to the French, he shared the profits with every single employee at Diamandis Publications. He was not only one of the best in the magazine business, but one of the nicest!

Peter Diamandis stories are legendary. When Self Magazine was launched with Peter as Publisher, a major party was held for clients at Tavern on the Green. Self was a huge success thanks to him. Peter got up to speak and said how at most launches only the big people were acknowledged and that today he wanted to acknowledge one of the smaller people who helped with the launch. He then asked Si Newhouse to stand up.

A few years ago Peter came to someone's retirement party. The room was jam packed. Peter looked around and then innocently said:"I've never been in a room before with so many people I thought had passed away." It broke up everyone. So many people in media today say the fun has gone out of the business and the number crunchers have taken over. Peter Diamandis produced great numbers no matter where he went, and everyone had fun – most of all him. He just loved what he did and did it better than most. 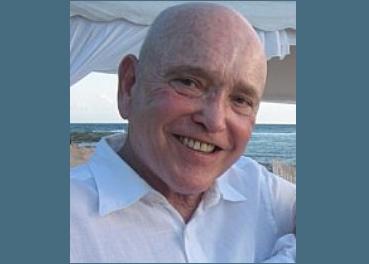 and Your Career chronicles his 50 year career working for over 25 different companies with 189 lessons learned and insider tips from Gayle King, Cathie Black, Chuck Townsend and 28 others; Blacker is still going strong today as a partner in Frankfurt & Blacker Solutions, LLC. His web site is blacker-reinventions.com and e-mail address is blackersolutions@aol.com