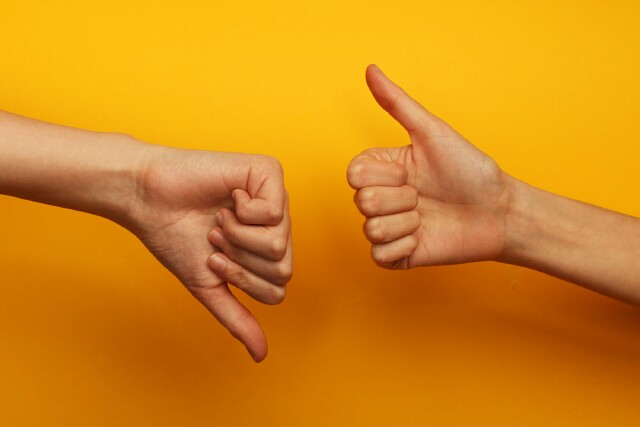 (Editor's note: This is the first part of a two-part column commemorating the ninth anniversary of film critic Roger Ebert's death on April 4, 2013.) "I know it is coming, and I do not fear it, because I believe there is nothing on the other side of death to fear. I hope to be spared as much pain as possible on the approach path. I was perfectly content before I was born, and I think of death as the same state. I am grateful for the gifts of intelligence, love, wonder and laughter. You can't say it wasn't interesting. My lifetime's memories are what I have brought home from the trip. I will require them for eternity no more than that little souvenir of the Eiffel Tower I brought home from Paris.

I don't expect to die anytime soon. But it could happen this moment, while I am writing. I was talking the other day with Jim Toback, a friend of 35 years, and the conversation turned to our deaths, as it always does. 'Ask someone how they feel about death,' he said, 'and they'll tell you everyone's gonna die. Ask them, In the next 30 seconds? No, no, no, that's not gonna happen. How about this afternoon? No. What you're really asking them to admit is, Oh my God, I don't really exist. I might be gone at any given second.'" [Emphasis original]

So wrote Roger Ebert near the end of his 2011 book Life Itself: A Memoir, and the essay would be republished in various outlets and shared widely after his death on April 4, 2013. His sprawling obituary in The New York Times called him "a critic for the common man." And he was. Born in Urbana, Illinois in 1942, Ebert cut his teeth, as they say, first as a freelancer at the now-defunct Chicago Daily News before taking up his post as the Chicago Sun-Times' film critic in 1967, a job he held until the day he died. He had by then already experienced "a dream deferred," being forced to attend the University of Illinois at Urbana-Champaign instead of seeking the Ivy League education he desired on account of his family's finances and his father's deteriorating health. And as his career got underway, he caught the tail end of the era of the hard-nosed, red-blooded journalist who took up his post each evening, once his story was filed, at the bar, often boisterously drinking past the point of the reasonable.

It was what the writer (and computer scientist) David Gelernter was sensing when he spoke of the transformation of journalism from a battered-hat group of rough-speaking, hard-drinking, widely-admired 'ordinary guys' who were thought to be mostly conservatives to penetrating, opinionated intellectuals who are mainly liberal." Although Ebert's politics were generally left-of-center, his worldview remained strongly influenced by his Catholic upbringing even though, as he wrote, that "its theology no longer persuade[d]" him. For instance, in an essay published 34 days before his death, he expressed his opposition to abortion and his long-standing belief in "classical liberalism based on empathy and economic fairness." He hailed from that mold of the urban Catholic Democrat of yesteryear that today is ever less comfortable in the modern Democratic Party, having little patience for the speech police but still made uneasy by the sanctimony of certain elements of the religious right. From this sense of political murkiness flows a mosaic of ever-changing political affiliations within a single family or neighborhood, mirroring, in a way, the tessellation of the various urban Catholic ethnicities themselves, in places like Chicago, Philadelphia, or old New York (it was the days before Portland or "the Miami Moment," after all) -- your Irish, your Italians, your Poles.

Ebert was pro-union, pro-the-everyman. His film criticism was sophisticated but never haughty, allusion-heavy but rarely pompous. Like many of the best columnists of days gone by, the writing was cultured in a way that so little is today. The writing demanded something of its readers, in both attention span and earnest engagement -- little slices of education in and of themselves. But one didn't need a PhD in anthropology to get through one, in a way that today's highly bifurcated media landscape (between one of the heavy-handed and one of the puerile) can only wish for.

As for Gelernter's point on alcohol, on "the drink," Ebert, along with many of his fellow journalists, was known for frequenting O'Rourke's, "a shabby street-corner tavern on a dicey stretch of North Avenue, a block after Chicago's Old Town stopped being a tourist haven." There, they would drink heavily, as journalists were once wont to do. (One thinks of Philadelphia's Pen & Pencil Club at 15th and Latimer's, the world's second oldest press club, operating hours: a clear reminder that remaining conjoined to the bar could easily go to 4 a.m.) But then Ebert did what anyone who has developed such a habit would consider the impossible: He kicked his drinking. He was 37. August 1979. Foreshadowing the fortitude he would later demonstrate in not letting his cancer get him down, even when it cost him most of his lower jaw (leaving him unable to eat, speak, or drink normally for the final seven years of his life), with the help of Alcoholics Anonymous, he made it through.

But O'Rourke's, the subject of his essay "A bar on North Avenue" and which featured prominently in the documentary version of Life Itself, would never fully escape Ebert's consciousness. As he wrote in his essay on death with which I began this piece, "O'Rourke's had a photograph of Brendan Behan on the wall, and under it this quotation, which I memorized":

I respect kindness in human beings first of all, and kindness to animals. I don't respect the law; I have a total irreverence for anything connected with society except that which makes the roads safer, the beer stronger, the food cheaper and the old men and old women warmer in the winter and happier in the summer.

Perhaps for Ebert politics needn't be so complicated, after all.