Retta on Bringing the Bad to “Good Girls” 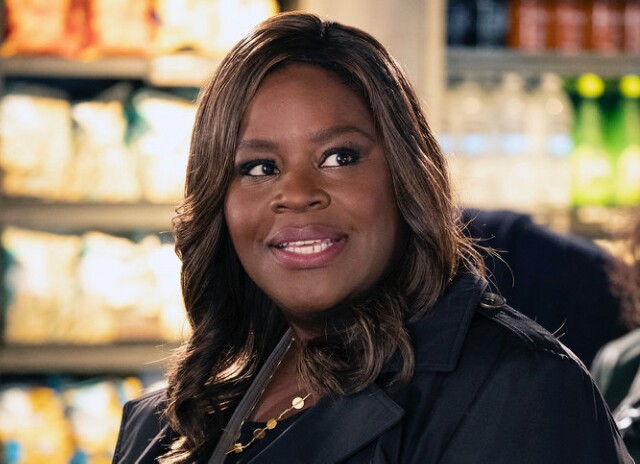 During its first season, NBC's Good Girls was filled with more shocking surprises than viewers anticipated, making it the TV thrill ride of 2018.  So far, the second season has continued that sinuous trajectory as our three Detroit-based moms-turned-crooks navigate criminal life, all the while trying desperately to escape it.  While the series boasts a stellar cast, including Christina Hendricks and Mae Whitman, the true revelation has turned out to be Retta (pictured above) as Ruby Hill.  To many, the actress is only known for her stand-up, along with some dry comedic turns in series like Parks and Recreation (as Donna Meagle).  But as a desperate mother who will do anything to save her sick child, Retta shines.

"It's so refreshing to do something serious," she explained in a recent interview with MediaVillage.  "It's pretty cathartic to be able to release emotions in that way.  It was the kind of thing I'd hoped eventually would come my way.  I did a play years ago, while I was on Parks and Rec, maybe around Season 3, and it let me show a little more of what I could do.  My manager came and I told him, 'Now you've seen it.  You can submit me for dramas.'  They were like, ‘We didn't know.’  I replied, ‘Well, I've been trying to tell y'all.’”

So far in Good Girls’ sophomore season, Beth (Hendricks), Annie (Whitman) and Ruby, unable to escape the past year’s criminal life, find themselves further entrenched in bad-boy Rio’s seedy underworld, along with an unwanted investigation by the authorities.  (Retta, Christina and Mae are pictured below, left to right.)  Her criminal activities weigh heavily on Ruby, who is married to police officer Stan (Reno Wilson).

"This season we are all dealing with the consequences of our actions," explained Retta.  "Particularly for Ruby, there is a little bit of a wrench in her marriage. Everyone talks about Ruby's moral center, but clearly, Stan's moral center is a bit more rigid, so Ruby has to figure that out and get to a place where they are a little more normal and it's tough.  It was also tough to play and made me a little sad.

"It does get really dark," she continued.  "But what else are we going to do?  I trust in [our creator] Jenna (Bans), and in this season I had my moments of, 'Holy crap!’  I would text her and say, 'Do we have to do this?’ and she would say it will make for good, challenging, work.  I don't want them to be unhappy." 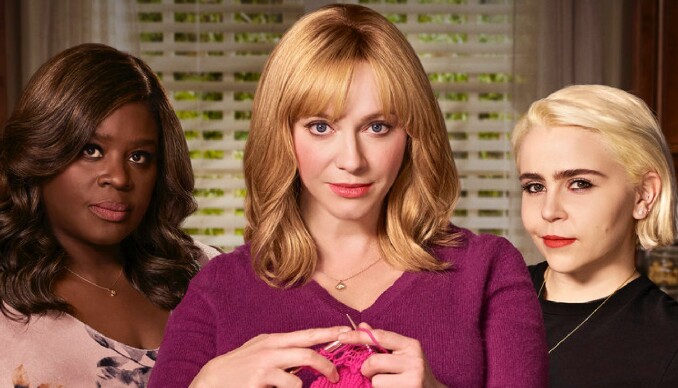 When it came to starting production, and the arc of the show's sophomore season Retta went in blind.  She prefers it that way.  "I had no idea where it would be going," she shared.  "Mae, Christina and I are very different when it comes to knowledge of the show.  I want to know nothing, unless I have to know, like having to play it for something that happened in the past.  But in the first six episodes, I was like, 'Holy shit', when I read it!

"Mae wants to know everything off the bat and will steal scripts from hair and make-up as sometimes they'll get them early," she added with a laugh.  "Then she'll ask if we saw what was upcoming and it's like, 'How did you get the script?' Before the season started shooting, Jenna took us all out separately to tell us the storylines and I told her I didn't want to know.  She told me nothing [except] the little things she found fun or interesting.  Christina wanted the outline while I wanted zero.  I literally have freak-out moments reading the scripts -- it gets crazier!"

According to the actress, the close-knit series leads didn't really take a break from one another during their hiatus.  "Christina was in Toronto shooting her other show, but we all were on the phone constantly. It's not like we missed anything as we were sending pictures and videos and on FaceTime."

Now that she’s added drama to her resume, Retta is hoping there’s another dream role in her future.  “My only dream role or character would be Alexander Hamilton,” she chuckled in closing.  “An all-female version of Hamilton anyone?”