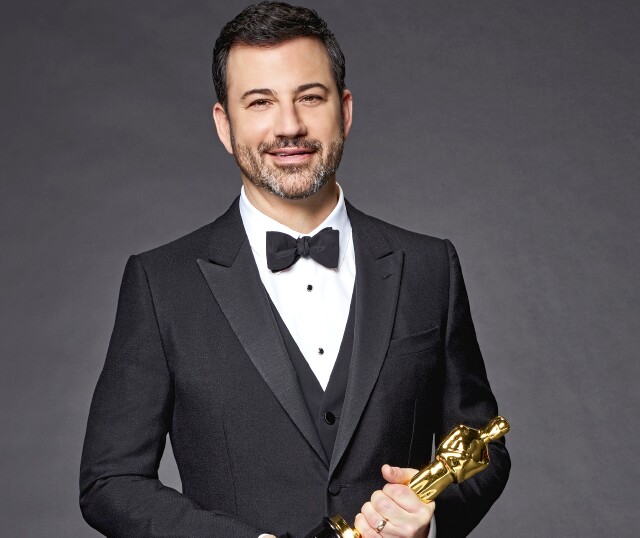 Since it was announced Jimmy Kimmel would be hosting the 90th Academy Awards, to be telecast Sunday, the late-night talk show host has been hard at work preparing. MediaVillage caught up with him in January at the Television Critics Association Tour in Pasadena, when those planning stages were in their infancy.  At the time Kimmel was hard pressed to reveal what he might do on the big night (he just didn’t know), but he was happy to field questions as to what viewers might, and might not, expect to see on the big night.  “We're just figuring it out like anybody would,” he admitted.

Sunday’s awards mark Kimmel’s return to the Oscar stage for the second year in a row.  At the time of this interview he talked about the promos he would have to write, which have since been all over ABC – most notably the one featuring his fear of envelopes, following last year’s disastrous snag at the end of the ceremony when La La Land was awarded Best Picture, only to have the honor revoked two minutes later in favor of the true winner, Moonlight.

“If it happens again, literally everyone that works at ABC should be fired, right?” laughed Kimmel on the still sensitive subject.  “Because if it happens one time, that's, I think, understandable. But if it happens a second time, no one is competent enough to be running a television show or network.  I don't think it's going to happen again.  If it did, I would have to admit it would tickle me deeply.

“But 99% of the show went pretty well,” he continued.  “So I don't think of it as the Titanic-caliber disaster that most people do when they reflect on it.  Ultimately, it's just a bunch of celebrities handing each other trophies.  Let's be honest.”

One subject that remains close to Kimmel is healthcare reform.  He’s used his talk show platform to voice his opinion on the subject; one that took a very personal turn following the birth of his son William in April 2017, who was diagnosed with a congenital heart defect and needed emergency surgery just days after his birth.  “I don't intend to use the Oscars as a platform for healthcare, not that I don't think it's something that is important,” Kimmel said.  “It’s very important to me.  But I do think that, ultimately, you have to remember why you are there.  It's not about you -- you're there to entertain people who are there on the biggest night of their lives, and if it gets too heavy, then I think you're taking away from that.”

When it comes to the task of hosting Hollywood’s biggest night, Kimmel compares it to “getting into a hot tub or something … you can't really know what the temperature is until you get there.”  However, he thinks the #MeToo movement that gained support and prominence at this year's Golden Globe Awards will be addressed.  “I’m sure that it will be a part of the subject matter of the show,” he predicted.  “Unless there's a nuclear weapon headed towards Sacramento that night or something, then we will probably skip it and go right to that.

“But more than anything I think the [Globes] red carpet was interesting,” he added.  “People were talking about something.  That was refreshing.  Typically it's just, ‘What do you have on your body?’  I thought at the very least it was great to see people discussing something of significance.  How can you argue that any of this is anything but good?  It's a good subject for people take up.”

The Best Picture winner kerfuffle aside, Kimmel said that he walked away from last year’s hosting gig happy with the experience.  “I felt good about it the day after,” he reflected.  “It can be a thankless job and I think you have to really do well to come out of it and not feel wounded.  The envelope thing at the end was interesting, and it will presumably add more interest to this year's show, but ultimately it was an unfortunate distraction.”