Rhoda Morgenstern and Me: Remembering a Role Model 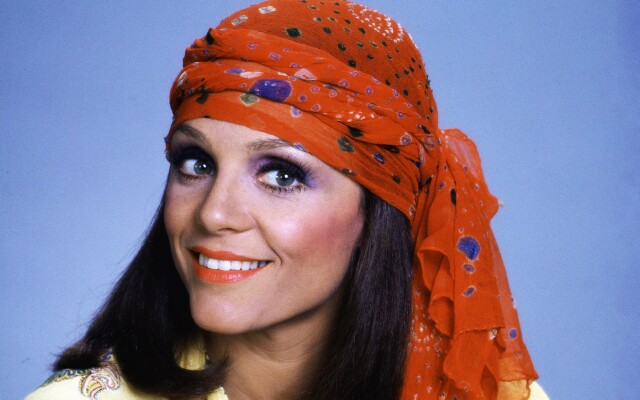 Valerie Harper took my hands in hers as she looked into my eyes and said, "Oh, my Gawd! You are the real Rhoda!"

This ranks as one of my all-time favorite moments. We were in a small Manhattan apartment in the fall of 1999. The crew and cast were scrunched in, shooting what turned out to be a dreadful movie, Mary and Rhoda.No matter. It was still a reunion of characters from The Mary Tyler Moore Showand its spinoff,Rhoda,two shows that helped form generations of feminists. I know. I am one.

Mary Tyler Moore, she of the spunk which Mr. Grant hated, a fabulous wardrobe and a surprisingly strong backbone hidden beneath a chirpy Midwestern veneer, had her best friend, Rhoda Morgenstern. Rhoda was a fast-talking, straight-shooting, smartaleck from the Bronx, with the prototypical Jewish mother.

I identified with all of that. Plus, Rhoda's mom, played by the incomparable Nancy Walker, was named Ida, the same as my grandmother. My mother even had a copy of Gainsborough's "The Blue Boy" hanging in our living room, just like the Morgensterns.

I told this to Valerie (forgive the informality here, but we are talking about someone who instantly felt like a long-lost BFF), and that's when she took my hands in hers, and we both laughed. From when I first watched Rhoda -- in elementary school, next to the el in the Bronx, and into college, still in New York City, just downtown -- it hadn't occurred to me that this is what a role model looks like.

When I was a kid, I didn't see myself on TV. Trust me; I didn't look like the blondes on The Brady Bunch or the adorable freckle-faced gingers on other shows. No one came close until Rhoda or perhaps her sister, Brenda (Julie Kavner). But there she was, navigating single life in Minneapolis on The Mary Tyler Moore Show from 1970-74 and then running the gamut from single to engaged to married to estranged to divorced and ultimately single all over again from 1974-78 on Rhoda.

Rhoda came not just from my borough but from a block away. She was 17 years older, and her family was more affluent; they had made it to the fancy street of the Grand Concourse. Rhoda was fashionable, funny, a terrific older sister, and a great friend. Plus, she took no guff from anyone – except her mother. Everyone took crap from Ida. There was a choice? 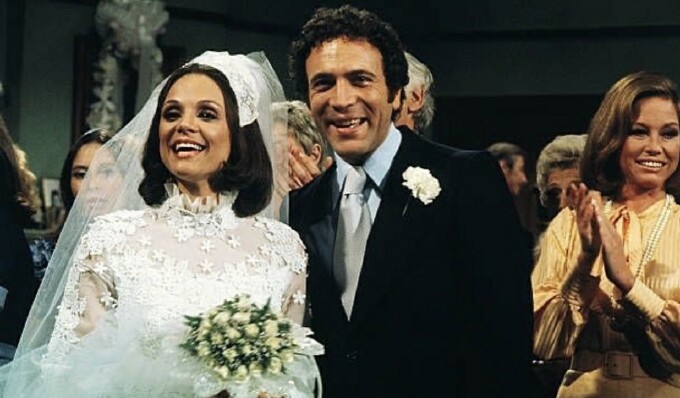 I loved so much about Rhoda, especially that she took the subway to her wedding, which her mother had hijacked, turning it from an intimate affair into a building-wide hullabaloo. My mother tried that, too. She canceled a bridal shower a friend was throwing and rescheduled one at a Bronx diner -- your choice of chicken salad, tuna or shrimp salad. Eventually, I outfoxed my mom regarding the ceremony, but it wasn't easy. (The hour-long wedding episode, first telecast in 1974, was an outsize pop-culture event at the time, and it remains one of the most-watched episodes of series television in the history of the medium.)

I especially loved listening to Rhoda. She spoke in my original accent before enough people yelled at me that "water" has an "R" at the end. I self-edit constantly but won't drop some expressions that Rhoda brought to the greater world. She called a feeb, a feeb. I've only heard the term from people who grew up in the only NYC borough on the mainland. It's short for feeble but isn't used disrespectfully for the infirm. Feeb is reserved strictly for the terminally incompetent, like many of the men Mary and Rhoda dated.

Watching Rhoda burst on the scene when I was what's now called a tween but was then still just a girl inspired my fashion sense. I tied my mother's scarves around my head, aiming for the Rhoda effect. Unfortunately, my result was more along the lines of the Little Steven effect.

Revisiting Mary on Hulu and Rhoda on YouTube (and a major thank you to the editor of this site, Ed Martin, who pushed me to do so), the first thing I noticed is how hilarious they are. Some comedies elicit a smile or a knowing nod but not these kinds of guffaws.

The second was how incredibly sexist that time was. Rhoda handled it well, on both shows. Women had to -- it wasn't as if the laws were protecting us. During the pandemic I have been taking long walks, often with a friend. The other day, while discussing the sexual harassment allegations against New York Governor Andrew Cuomo, we started talking about similar incidents we've endured. Over the course of four miles, we kept coming up with examples. Initially, it was a small yet disgustingly rife subset; the minefield of being young female reporters at male-dominated newspapers in the 1980s.

The term sexual harassment had been coined -- while Rhoda was still on Mary's show and I was still in high school -- but frankly, I didn't know it. This was, sadly, simply part of work, no matter the job. Among the ugly memories is an editor who wanted me to go off for a weekend -- even though we were both married. I said no repeatedly. When I threatened to report him to my metro editor, he laughed in my face. This rat bastard (another frequently heard Bronx term) signed off on the metro editor's reviews, he warned me. Eventually, he hit on a woman at a boozy party and her husband punched him in the face. I wish I had been the one to clock him.

I guarantee every woman, especially those now considered of a certain age, has similar stories of harrassment. The times I handled it best? When I responded like Rhoda. Like when I had that waitress job at a Chinese restaurant in the financial district. I was bringing a man his food, and he grabbed my ass. So I dropped the hot plate in his lap. I'm still proud I was fired for that. It felt -- dare I say it? -- very Rhoda.

As we continue to celebrate Women's History Month, we need to thank those strong women who came before us. And my grandmother, an immigrant, a nurse and someone I am still afraid of although she's been dead for 36 years, is someone I thank as much as Rhoda would thank Ida Morgenstern.

In all these years of loving Rhoda, I have to admit that I started out wanting to be like her. Now, as a Jewish mother myself, I may have morphed into Ida.

As Ida would say: So tell me, is that such a bad thing?