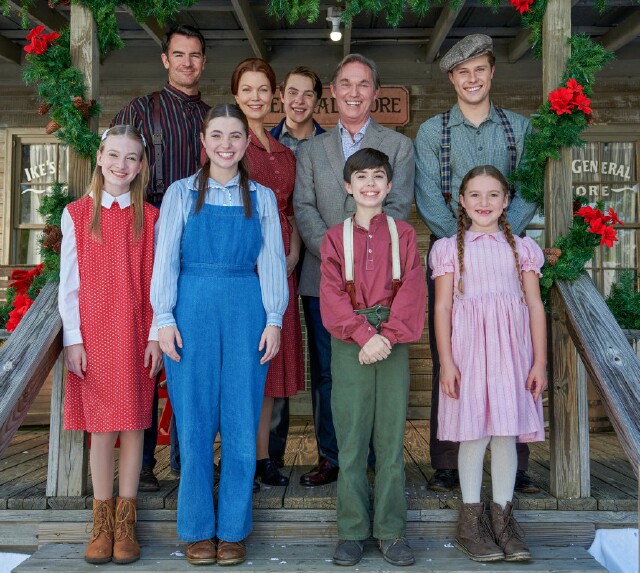 One of television's most enduring and beloved families, The Waltons, celebrates a major milestone next month, marking 50 years since CBS introduced us to them. Based on the book Spencer's Mountain by Earl Hamner Jr., The Homecoming: A Christmas Story first aired on December 19, 1971. Following the success of that movie of the week, a series was ordered, which Hamner Jr. would narrate for nine seasons. In celebration of the show's landmark anniversary, The CW is revisiting the classic series with its first original movie of the week: The Waltons' Homecoming.

The cast may be new, but the story remains the same. In fact, one very familiar face was invited back to Waltons Mountain to narrate it. Hamner Jr. passed in 2016, after leaving an indelible impression in pop culture, so producers had to find a replacement. Who better to tell John Boy Walton's stories than Richard Thomas, the actor who originated the role? He fulfilled a life-long dream by revisiting the movie that made him a star.

"I was thrilled to be asked to do the narration," he explained during an exclusive interview with MediaVillage. "I had always admired Earl's narrations so much, even though, secretly, I coveted them and wanted to do them myself when I was 21. I wasn't allowed to because it was an older John Boy, and I totally get it. Nobody could have been better than Earl, but I always harbored this [feeling of], 'God, those narrations.' Now I'm getting to do them 50 years later. Then I was asked to do an on-camera introduction, handing it over, so that was just the cherry on top." 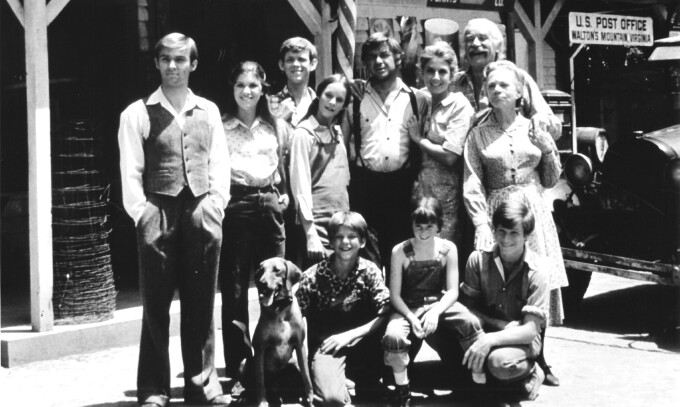 According to Thomas (pictured above, left, with his co-stars in the classic series, and below), the original Waltons movie was never intended to be a series pilot. "We had a fantastic script, and it was a great part," he recalled. "So, it was a complete surprise to everyone when [legendary CBS chief executive] William S. Paley said, "Let's make this is a series. We really need to do something like this for the public." I was reluctant as I was making movies and doing fine as a 21-year-old. Then I read the first four scripts and it was a no-brainer. It was unlike any other show on television, and John Boy was a very different kind of male archetype to carry a series. He was a sensitive, feeling-oriented guy, and a mold-breaker as a leading male character in a long-form American television series." 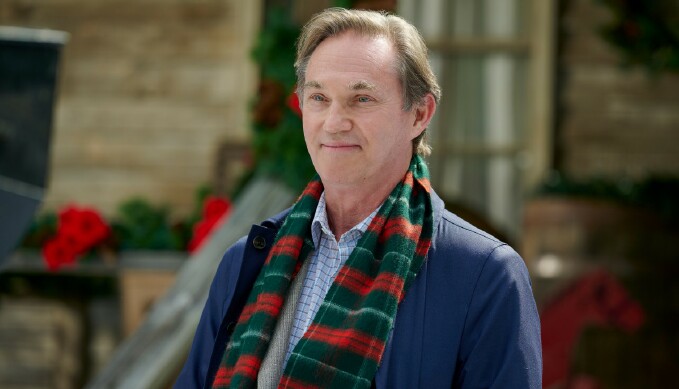 For that reason, Thomas has nothing but pride surrounding his time as a Walton – though for a fleeting moment, he thought he might be typecast. "When the show ended, I thought, 'I'm gonna be forever known as John Boy'," he shared. "I wanted to do new work, but [it's] just about the best worry you could have, and I got over that pretty quickly. Today, I'm so flattered when the people say they're now watching with mom and dad, and now I even get how they love watching with their grandparents. That fills me with pride."

As prideful as he is of the character, Thomas is not over-protective of the franchise. Upon hearing of The CW's reimagining, he felt flattered all over again. "It's what happens," he mused. "Time rolls on and it's a tribute to the show that people want to look at it again after all these years. It should be a new company, be fresh, and be geared to now. Just being invited to participate the way I did it, made me so happy.

"There's that initial moment of, 'Okay, times up, time to pass the baton to the next bunch'," he added. "We've had our 50 years and it's time to share. But that's the nature of a classic, to be reinterpreted and revived. As a theater actor, I never expected I'd be the last person playing Hamlet when I did it. I knew there'd be others, so why not other John Boys?

"My loyalty to the show is absolute!" Thomas continued. "I loved it more than any other job I ever did, and I've had a lot of jobs that have done a lot for me. Why shouldn't [this] go to series? If it does, I'll do anything to keep the legacy of the show alive, and I'd be more than happy to continue doing the narrations."

In passing the baton to Logan Shroyer (teenaged Kevin) of This Is Us, Thomas knew the character was in good hands. "Logan happens to be the best friend of my grandson Kaden," he said. "So, I'd met him. We had dinner a week or two before he went to do it, and spending time with him was wonderful. I gave him a hug and said, "Go for it, make it yours. I just hope you enjoy it as much as I did." 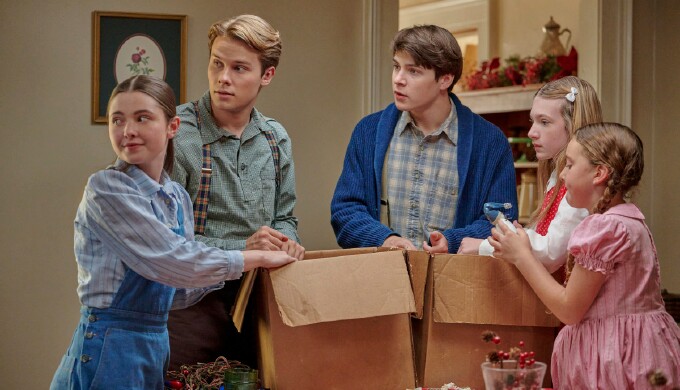 "I wasn't someone that grew up with The Waltons," Shroyer (pictured above, second from left) said during a separate interview with MediaVillage. "I'd seen it, and I knew Richard, so I knew it was a big deal. But having Richard's blessing … it felt like we were keeping it in the family. He's so great, and him saying he'll be there as much or as little as I need was nice. I know how iconic John Boy is, but I felt I'm gonna do my thing to do my John Boy. The last thing I wanted was to do was an impression of [Richard's] John Boy."

Shroyer has no idea why the producers thought he'd be perfect to reprise the role. "Sam Haskell, our producer, just knew he wanted me and offered it to me over the phone," he recalled. "I was dumbfounded. I guess when it's right, it just falls into your lap. But I was so grateful and excited."

As for The Waltons resonating today, Shroyer admits, "family, and love, are two timeless things The Waltons did well." He sees parallels to the Great Depression (when movie is set) and the ongoing COVID-19 pandemic, which makes it relatable today. "I didn't go through the Depression, but we all went through the pandemic," he shared. "People are thinking about money right now, and being locked in. Back in the 1930s you were pretty much locked in a house with your family, so there's a certain relevance."

As This Is Us comes to an end, Shroyer would be delighted to transition from being a part-time Pearson to a full-time Walton, should this movie inspire a new series. "I would love it," he said. "It would be an honor. I had such a great time and I know the whole cast feels the same way. We hope it's received well because that would be a blast."

The Waltons' Homecomingwill be telecast Sunday, November 28 at 8:00 p.m. on The CW.