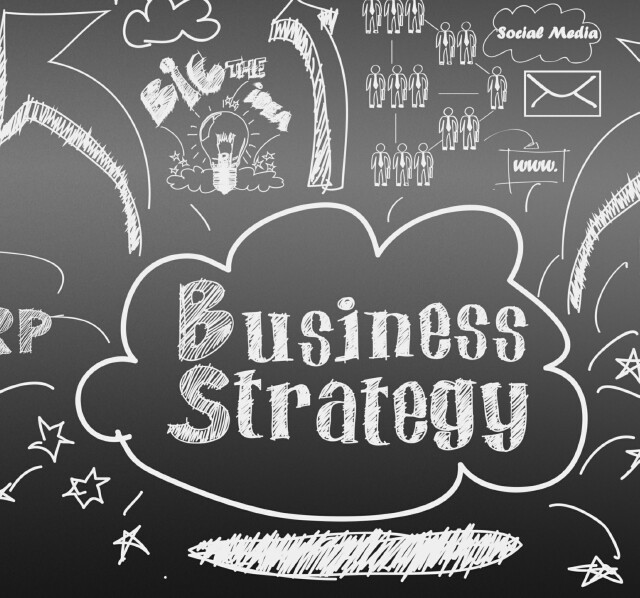 What will the future look like? What will people need and expect? How will demographics, technology and other global shifts create new competitors or recharge current competitors and how will categories blur, blend and maybe even disappear?

Amidst these new expectations and changing competitive dynamics what advantage will your company offer? A differentiated or better product? A competitive moat of network effects, scale or some other dynamic? A better experience? Speed and value?

While Strategy firms can be amazingly helpful in guiding companies through these questions, most leaders already have a gut instinct on what needs to be done. The deep dive documents, the chanting strategists and the long march of meetings are to bring others along and to provide an intellectual and analytical framework for a decision that clearly had to be made.

If you work for a firm and you have an idea of where the future is going and how changing people’s expectations and emerging technology are going to create challenges or opportunities, you should go to your management and share your thinking.

All you need to talk about is future competitive advantage.

William Shakespeare has great advice to anyone who aims to be a strategist. In his play Julius Caesar, he writes:

We at the height are ready to decline.
There is a tide in the affairs of men
Which, taken at the flood, leads on to fortune;
Omitted, all the voyage of their life
Is bound in shallows and in miseries.
On such a full sea are we now afloat,
And we must take the current when it serves,
Or lose our ventures.

Simply stated pay close attention to shifting trends and tides and make sure you align your venture with where the tide is going.

There are three unstoppable trends that every company and individual must align with wherever they are in the world regardless of the industry in which they compete: 1) Globalization with a new flavor, 2) The Three Demographic Divides and 3) The Third Connected Age of Technology.

1) Globalization with a new flavor.

Globalization will continue to thrive despite the hand wringing of Western institutions and periodicals. However, it will no longer be a unipolar form of Globalization driven by the West, but a multi-polar mix significantly impacted by Asia, primarily China and India, who between them account for a third of global population and possibly half of future growth.

By the end of 2018 only two of the busiest container shipping ports in the world were in the West (Rotterdam in the Netherlands at No. 12 and Los Angles at No. 18).

At current fertility rates Africa’s population will increase from 1.2 billion to 2 billion in 2050 and 4 billion in 2100 becoming home to almost half of the world's population.

Just as Earth is not the center of the universe, the West while being critically important is unlikely to be the center of globalization that the world revolves around with less than 10% of the population and a third of the global GDP soon declining to less than 25%.

These "divides" in the US were most recently seen during the presidential election. Look carefully and it was not "Red State" or "Blue State" but rather Urban/Rural, Caucasian/Non-Caucasian and Young/Old.

The population of the United States next year under 18 years old will be multi-ethnic and the country whose population growth has slowed to a crawl of less than .35% in 2020 will continue to become a multi-racial mongrel mix of beliefs and dreams that walls and nationalistic rage may seek to make more difficult but cannot truly impede. This blend of talents and cultures will be seen not only a key to innovation but a way to remain a leader as a 1.3 billion plus China continues to accelerate.

The most significant and not as well understood of these divides is the worldview differences between those younger than 30 and those older than 55. These differences are replicated in almost every nation as new generations brought up with mobile and social Internet, a lack of assets and lower expectations plus a dramatic difference in values and goals from climate change to capitalism come to express themselves and enter the workplace and politics. In the US this generation will in the next 10 years inherit 30 trillion or 30% of all US Wealth (most of it going to a fifth of them) and this will add fuel to their burning belief of the need to change.

From financial products (Lemonade, Robin Hood, Square, Bitcoin) to fashion (Virgil Abloh, Kylie Jenner) to media usage (Twitch, TikTok), a new language and infrastructure is being forged which will be turbo-charged like never before due to the disproportionate and long-term impact of Covid-19 on these younger generations. (Not since the Great Depression have so many young adults lived with their parents. In July, 52% of young adults ages 18 to 29 years old resided with one or both of their parents, surpassing the previous peak in 1940, according to a Pew Research Center analysis of Census Bureau data.)

Their voices do not ring today in boardrooms or councils of power (almost all of whom are much older) but make no mistake the drumbeats of their reality will soon throb in the bloodstream of every business and political discussion.

But in the US, it is not just the young but the older to whom not enough attention is being paid.

Every day 10,000 people turn 65 years old and due to modern medicine will live active lives for 15 to 25 years. A segment of them controls most of the wealth in the US while a larger group has no significant assets to retire on. Ageism, Medical Rationing, and many more issues will likely create some intriguing inter-generational dynamics.

These divides occur in every nation. Watch Japan as its population declines by over 25% in the next 30 years unless they allow Immigration or Fertility rates change, or China grappling with the aging population due to the one Child Policy, or countries like India and Egypt challenged to find jobs for their youth.

These first two "Connected Ages" have impacted everything from Elections to a re-ranking of the Fortune 500. It has created great wealth and benefits to people and also brought about the destruction of many livelihoods and the middle-class jobs. It has enabled Uber, Airbnb, Dollar Shave Club. Remember when Facebook paid just 1.5 billion dollars for Instagram with its handful of employees? That was worth more than the Eastman Kodak market cap on that day when Kodak had tens of thousands of Employees. Kodak is now worth half a billion while Instagram is probably the most valuable part of the 800 billion market capitalization of Facebook.

But we have not seen anything yet as we enter the Third Connected Age where we will enjoy four new types of connections as data connects to data and writes software (AI), and all our devices are connected to Supercomputers (Cloud), with much faster connections (5G) and new interfaces to connect (Voice today and AR/VR tomorrow).

Why strategies often fail in implementation.

Companies often allocate large swaths of senior management time and budgets for outside specialists to help sculpt strategies and move them forward.

A cavalcade of consultants convey and communicate with countless charts creative choices to the C-Suite.

A flurry of futurists frame, focus, and filter the way forward with the finesse of fortune tellers.

Masters of the Universe market M&A moves that might make multiples move upwards and mean many more millions in market-cap.

PR professionals produce and promote points of view that provoke the press to perceive with pristine perspectives.

1)  A simple and differentiatedstrategic blueprint.

3)  A re-organization since the future does not fit in the containers of the past.

These are essential ingredients to a recipe of change and growth none of these will work without helping grow and change the people in the organization.

Michael Tyson said, "Everyone has a plan till they get punched in the face."

Boards and leadership of firms come quickly to the realization that everything is easy until people get in the way.

Telling people that change is good, threatening them with job loss if they do not change or creating communication materials and slogans to goad them into a cult like devotion to the new dear leader or the way forward rarely works in the short run and will likely fail after the threat of flagellation fades.

Because if there is nothing in it for them, people will out-wit, out-wait, out-pretend, and out-maneuver "management." Until then they will fill the time genuflecting and bowing and going through the monitored motions of attending the right meetings, muttering the motivational mantras and stating the slogans required.

The keys to implementing strategy.

If a strategy is to be leveraged in ways that transform an organization, it is key to remember that the only true transformation happens is when the mindsets and behaviors of the people working for the firm transform.

If you want your organization or team to grow and change you will need to ask your team to initiate a) a three-question exercise while leadership b) delivers three clear answers to employees.

The Three Question Exercise every team should consider doing so they can both understand, get aligned with and contribute to strategy.

1)   How do you expect our customers/consumers/members needs and expectations to change in the future?

2)   What are our key strengths and weaknesses in meeting and aligning with these shifts?

3)   If we had no constraints except, we had to ensure that what we did was legal, that it was technologically possible and financially broke even in 3 years or less what products and services would we design?

This exercise makes people look up from their day to day and understand risks and opportunities and helps them realize the need for doing things differently. As importantly it gets them to contribute and activate the strategy in their areas of competence and expertise.

The Three Clear Answers management needs to deliver to company staff in order to have them align with and implement the strategy:

1)  Why are the recommended changes good for theirpersonal career growth?

2)  What are the monetary or otherincentivesto change?

3)  When and where willtrainingbe provided to help them learn the new skills needed?

Change does not happen because of M&A, press releases, re-organizations or a new leader, all of which undoubtedly play a role.