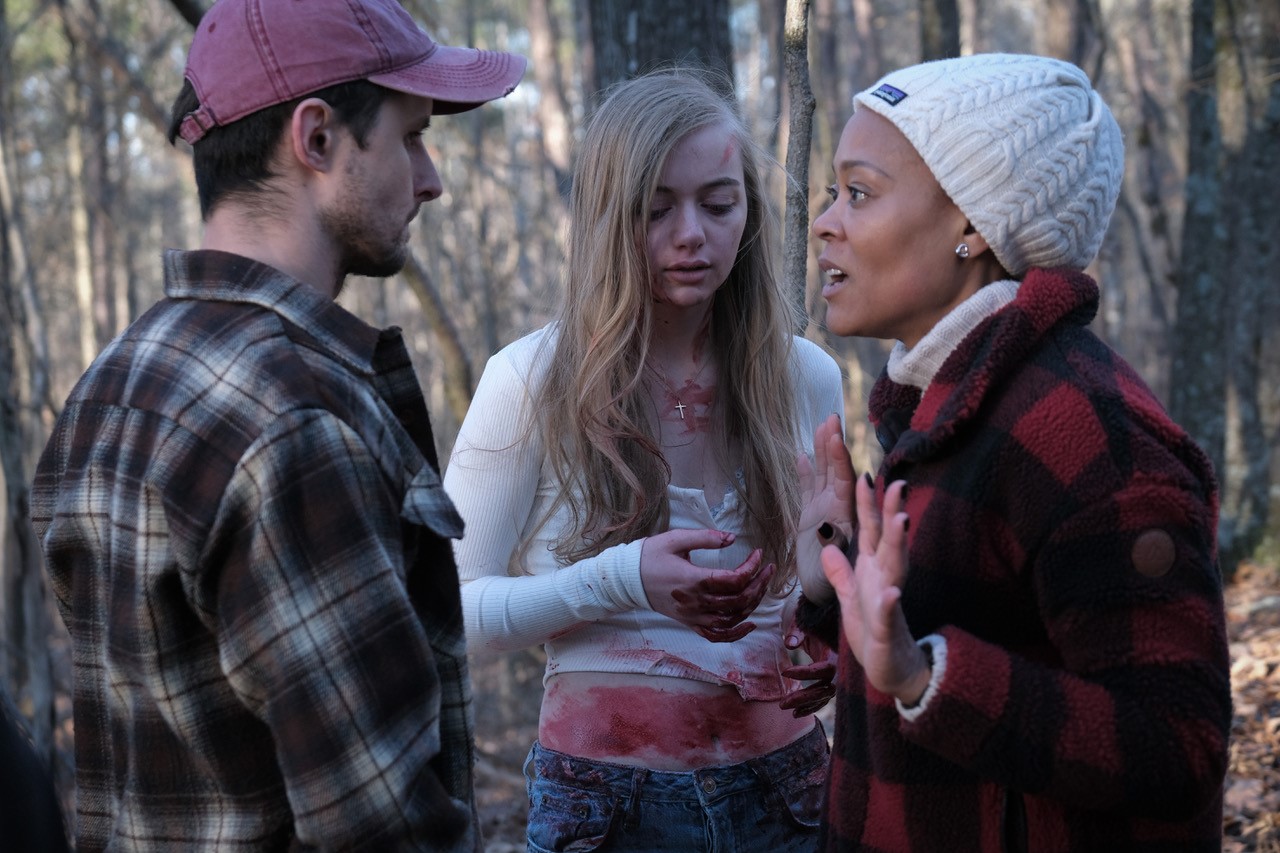 A Murder to Remember is telecast Sunday, August 2, 8 p.m. on Lifetime. After spending more than 35 years in front of a camera, veteran actor Robin Givens (pictured top right) moves behind it this weekend making her directorial debut with the premiere of Lifetime's A Murder to Remember. Inspired by author Ann Rule's true crime collection, the film follows the story of Robin Rivera (Maddie Nichols) (pictured top center) and her husband Javier (Kevin Rodriguez), and the events that follow a tragic accident after the young couple encounter Sam (T.C. Matherne) (pictured top left), a stranger who initially offers his assistance, then becomes Maddie's worst nightmare. In addition to presenting Givens with the opportunity to direct, the film offers a fascinating insight into Stockholm syndrome, a condition that sees hostages form a psychological bond with their captor. "I was familiar with the syndrome and whenever I hear it I think of Patty Hearst," admitted Givens when MediaVillage spoke with her exclusively. "It's funny when you talk to younger people as they have no idea who or what you're talking about like Maddie did. When we meet the Robin character, she's a very young woman who thinks she's all grown up, but in many respects is still a young girl. I believe the real character was quite young. After the events that led her to be lost in the woods with the Sam character, I think that bonded them in a weird way, so she's willing to keep the pact they made and tell a story. But when reality hits…? The things our mind can do to survive and get through a situation is fascinating."

Givens is no stranger to Lifetime, in fact, she's a lifelong devotee. She also knew the time was right to step behind the camera, so landing this directing opportunity was a gift. "I grew up watching Lifetime movies and had done a pilot for them," she enthused. "So this is really exciting for me. I wasn't specifically looking to direct for [them], but I was looking for a great script. A producer friend of mine called and said, 'I found the perfect script for you'. He knew I'd done some writing, as I'd proposed scripts to him, and wanted to be behind the camera as I've been saying for a while now my goal was to go to work and not have to go to hair and makeup. 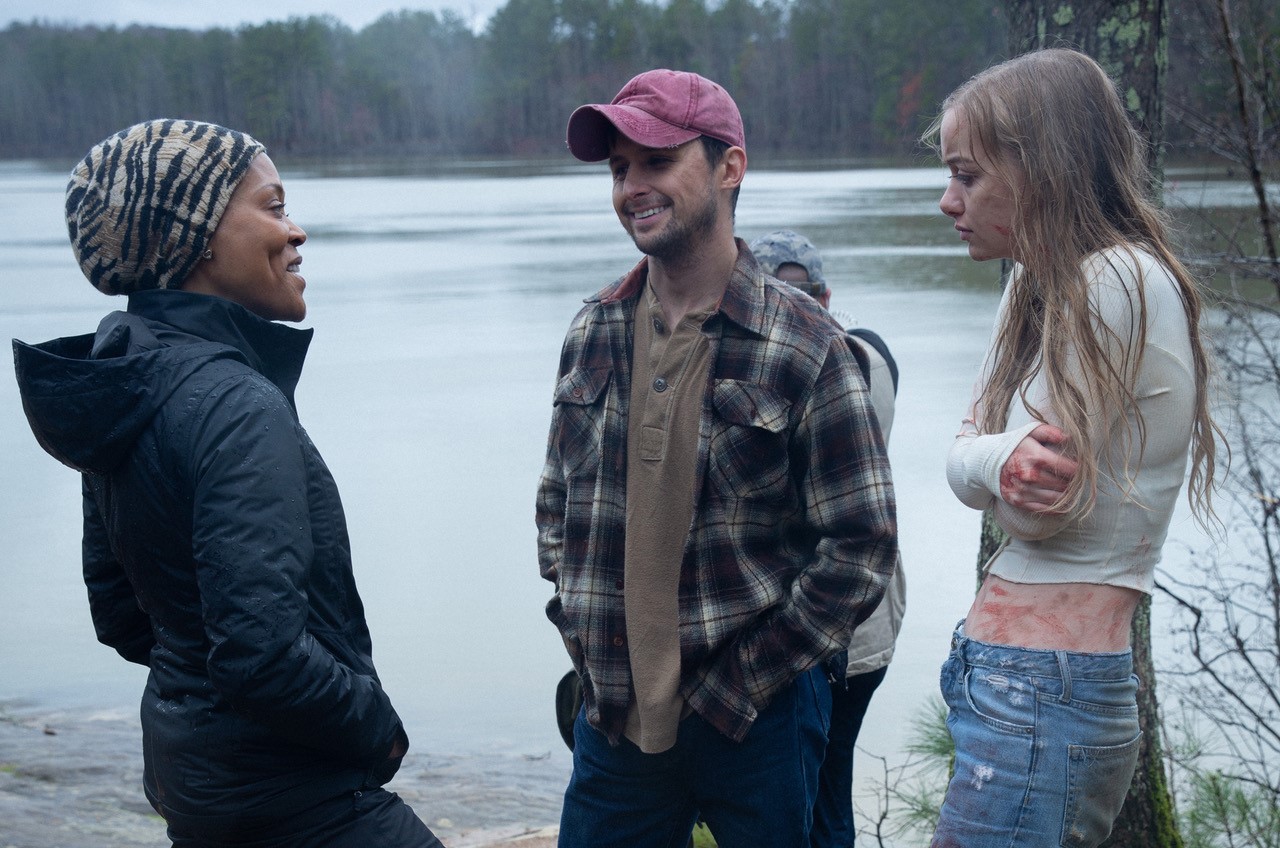 "When he sent me the script, I thought, 'Okay sure'," she continued. "I remember sitting down, reading it, and 25 pages in I was hooked. I almost had to put it down because I was like, 'Wait a minute, this is too good to be true, this will never happen'. I fell in love with it. When he asked what I thought of it I told him, 'I loved it!'. Some 'big' meetings followed, and after those, I was approved to go into the BIG Lifetime meeting. It was literally the biggest conference table you have ever seen in your entire life. I explained why I could do this and what I could do. I'll never forget the conference table as seemed like infinity, but I'm so glad I ended up at Lifetime."

Givens told me reading the script with the visual eye of a director, opposed to an actor playing a part, was energizing. "I read the script differently," she recalled. "Also, over and over and over. Literally, you read the scenes and, in your mind, you're thinking about where you want people to be and how you want to shoot it. Going into the day very prepared was what I wanted; I never wanted to wing it. But also wanted to give my actors a sense of freedom to bring what they do to the table. When I got the job one of the first calls I made was to Bill Duke who'd directed me in A Rage in Harlem and we became friends. His advice was, 'Be as prepared as you possibly can be and don't think you can wing it for a second'. 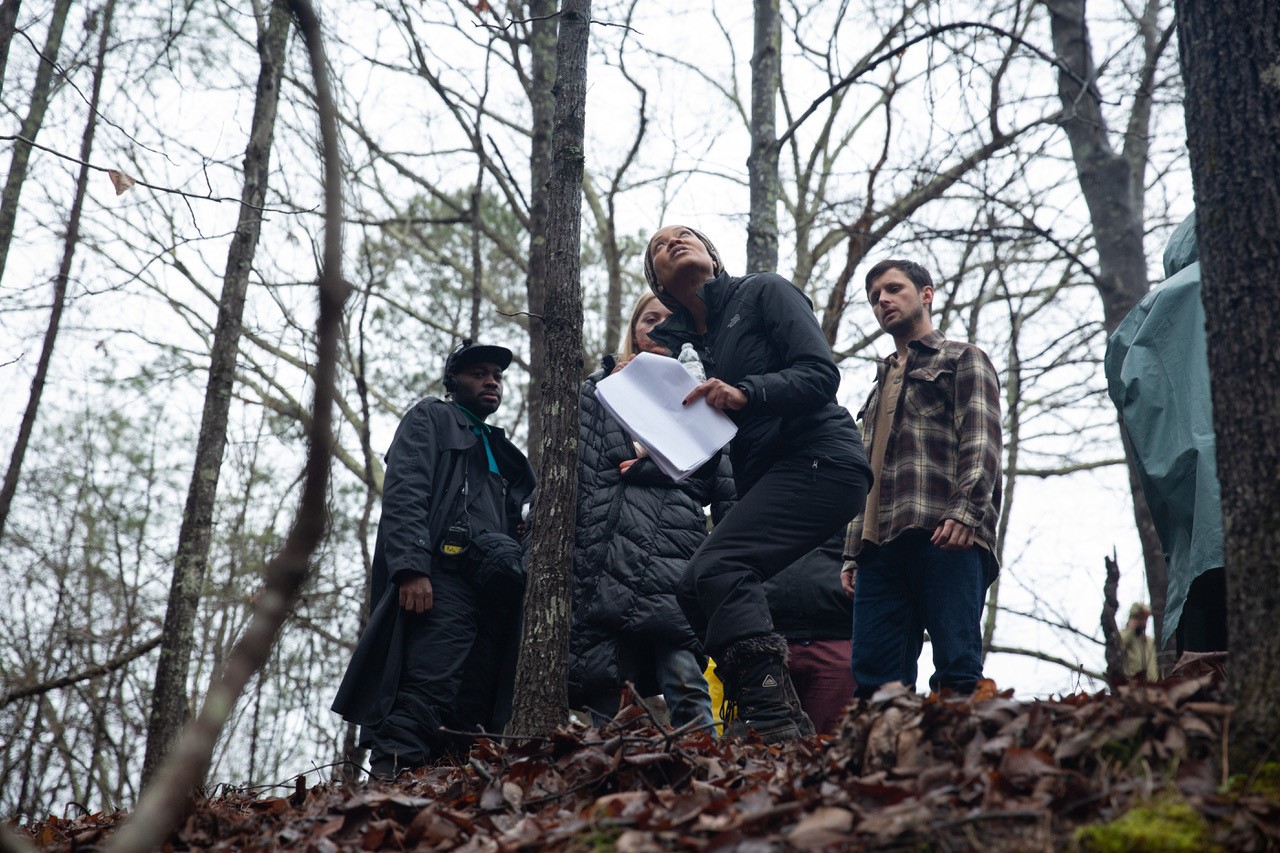 She also shared being an actor's director was a strength that, "Worked well for me", however, no matter how prepared and rehearsed she and her cast were, the woodsy environment of Atlanta and elements were not always as co-operative. "When I did location scouting over three days, it was beautiful," she laughed. "Then we'd get into the woods, which are almost a character of their own in the film, and it would be pouring with rain. Oh my gosh! There were times we wondered if we would make it. I'm so glad that was all shot at the beginning, and I recall the collective sigh of relief when we made it to the studio! It was like, 'We've made it!'. But some magical moments happened in those woods."

While Givens is thrilled with the finished film and experience, she's not quite ready to completely hang her acting hat just yet. She just completed a movie with Melissa Joan Hart and revealed how working during the current Coronavirus pandemic provided another set of challenges. "It was different being on the set with a scaled-down crew, and everyone in line getting their COVID-19 test," she shared. "Along with people trying to figure it all out we still don't know how it's going to work. I'm up to direct a project in September but am waiting to see what that will look like."

She'd also be thrilled to direct again for Lifetime. "They took a chance on me," she said in closing. It felt good working for Lifetime, a network that is famous for telling women's stories, for women, and having women have your back. There were plenty of men around, but in terms of the sensibility of the network, it made me feel proud and I'm really happy they took that chance."