Rose McIver on the Many Brains of The CW's "iZombie" 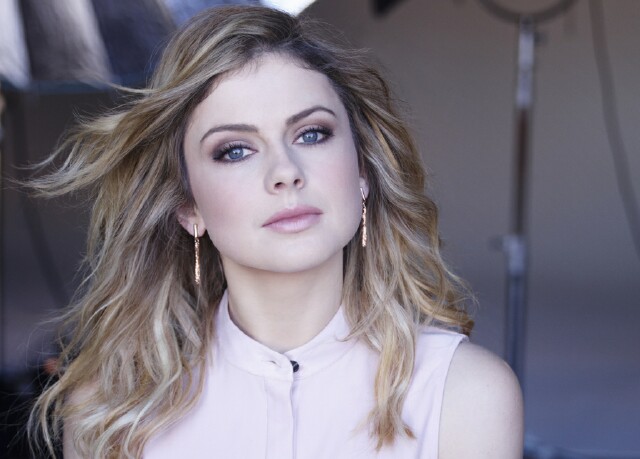 For the past two seasons of The CW series iZombie, star Rose McIver has managed to enjoy relative anonymity when the cameras stopped rolling. Thanks to the deathly pale zombie complexion and platinum wig of her character Liv (Olivia) Moore, the actress can “walk among us” virtually unrecognized, although from time-to-time she does encounter that look. “People really don’t tend to recognize me,” she revealed to me during a recent interview. “Occasionally I get a strange look and people think I went to high school with them, so that’s quite funny.” However, all that may change during Season 3, when Liv indulges in what’s known on the show a Tan & Dye: a process undertaken by zombies in which their paled features are altered to look more alive and allow them to blend in. “There’s some really fun stuff in those episodes,” McIver said of the Tan & Dye experience. “I don’t have to wear a wig, so that was a lot of fun.

“I actually dressed up as Rose [last] Halloween,” she continued. “I went as myself and it was like, ‘Who is this weird anomaly that I don’t understand?’”

McIver told me there are about four platinum wigs used in rotation for her Liv character and she does indeed have favorites. “We named them all,” she laughed. “There’s Shirley and Gloria; Shirley’s a really good one, although she was moody at the start till we got her in line.”

For the native New Zealander, one of the joys of working on the show is the vast array of different character traits she explores in every episode. You see, as a zombie Liv needs to eat brains to survive. But there’s a side effect -- she absorbs memories from the deceaseds' brains and takes on some of the individuals' personality traits. Which means Rose, the actress, is given something new to play every week. The current season will be no exception, as she was happy to tease.

“[This season] I get to do a conspiracy theorist brain, which was a lot of fun,” she enthused. “I was sticking gum over cameras on computers and being suspicious of everybody.

“And there’s a gossip,” she added. “They all start to bleed in season after season, but that one is kind of compromising and gets people into all sorts of situations.” 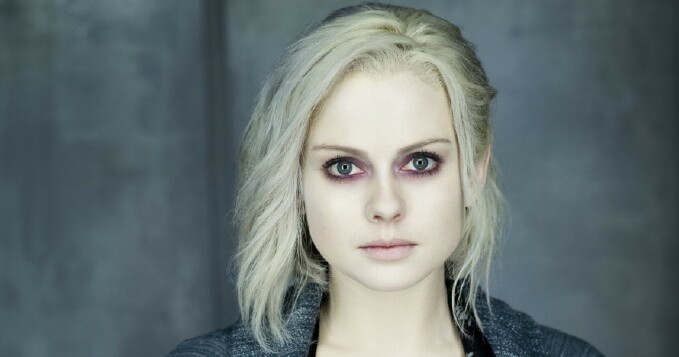 McIver also shared her favorite devoured brain thus far, and it was something that hit close to home. “Actually [my favorite] would be the Dungeons & Dragons brain because that was a world I didn’t understand it all,” she revealed. “It was so theatrical and novel and I knew a lot of people who were into it, so that gave me a little insight into them.”

In fact, given her character’s ever-changing interests, McIver admits exploring them has actually opened many new worlds in her real life. “I’m now playing the guitar,” she said. “I did that last season with the country music brain!  I played a little as a kid, and my brother is a really talented guitarist.  When I had to pick it up again it was sort of inspiring and I found myself plucking away as a bit of stress relief. There are all sorts of things I wouldn’t necessarily have explored had I not done this show.”

Last year her character became an action figure, proving quite handy at Christmas time. “I gave [the figures] to my niece and nephew for Christmas because I’m so absent in their lives and they live in New Zealand,” she said. “I was, like, ‘At least you get to play with your aunt!’ That was pretty cool.”

While McIver admits there was a period she didn’t return home for a year and half, the actress now tries to make it back at least twice a year. “I was kind of hung out to dry by my family for that,” she laughed.

She’s also thrilled the production climate of her native New Zealand is on the rise, given she cut her acting teeth appearing in American productions that took advantage of the tax incentives there. “It has picked up but there was kind of a deep spell which is when I moved to the United States,” she said. “Just now there’s an influx again, which is great for all my [industry] friends back home because it’s hard to sustain a career there.

“It’s so small a world back there,” she continued. “Everybody knows everybody. I know KJ Apa (Archie on Riverdale) and many of the people out here.  You kind of end up crossing paths with them; it’s that New Zealand Mafia kind of thing. I’ve often thought of myself as the godmother. But it’s nice to go home and it’s a great community. I’d love to work there in some capacity.”

In the meantime McIver is content working on iZombie for as long as it lasts, contrasting the show’s themes to today’s social climate. “We use humor to hook people in,” she explained. “But hopefully we sort of lay punches with some of the emotional content. There’s definitely an ‘Us and Them’ thing, which I think is so relevant right now. Who would’ve thought playing a zombie would be an emotionally charged thing?”

iZombieis telecast Tuesdays at 9 p.m on The CW.