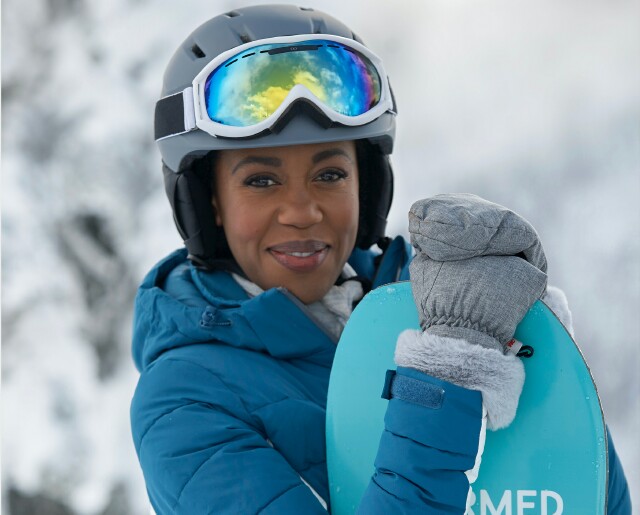 Four years ago Rukiya Bernard went on what she thought was just another audition. It was for a Hallmark Channel movie, and little did she realize just how important it would turn out to be. The film was One Winter Weekend (2018), and she was thrilled to land the role of  Megan, the best friend of Cara (Taylor Cole), whose tandem love stories proved so popular it spawned a sequel, One Winter Proposal (2019) and now a threequel, One Perfect Wedding, completing the trilogy. "It's just fantastic," Bernard (pictured at top) beamed when MediaVillage recently caught up with her. "I had no idea what this was going to be when I initially auditioned for it. As an actor you pump out so many auditions, so this was just one of many and I did it with one of my friends. We actually had a couple of auditions that day. Afterwards it was like, ‘So, okay, that was great.' You don't really think too much about it.

"We shot the first movie in Winnipeg and it was fantastic," she continued. "I had never been there, and I got to know my co-stars Taylor, Dewshane (Williams) and Jack (Turner). It was then I realized that these are really cool people. We did the movie, and like all movies [afterwards] you move on. But it's grown into this beautiful experience that has defined almost the last half decade of my life! I'm really honored to be a part of it and I'm so happy the audience really connected with the characters. We were all curious to see how they, and the story, grew. But I was not expecting this at all."

This installment of the One trilogy finds Cara (Cole) and Ben (Turner) both super-busy with their careers. When they decide work commitments aren't going to postpone their big day any longer, Megan is enlisted to organize the wedding. With just ten days to get everything done, the crunch is on. But with Sean (Williams) working overseas and doing his best to help long-distance, and Ben being super-secretive, their nuptials may not be the only hitch. (Turner and Cole are pictured below with Bernard.) 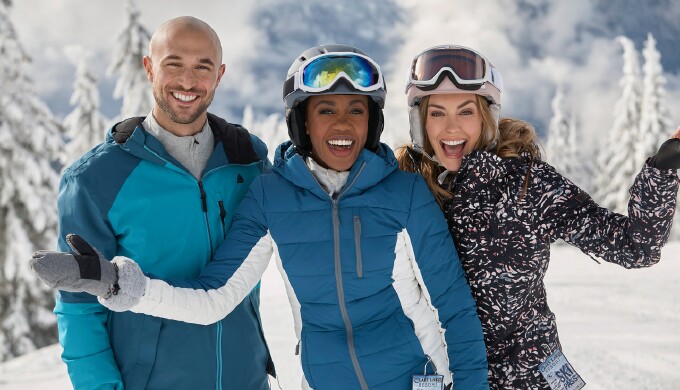 For Bernard, heading into what she knew would be the icing on the wedding cake of Cara and Ben's love story was bittersweet, although the thought of seeing them finally married was a thrill. "I really do love making these movies and have become good friends with Taylor and everyone," she shared. "It feels like home and comfortable, but oh my gosh! Yes, finally! We knew it was happening because there was the proposal, so all I was wondering was what are the fun and games and the shenanigans around the wedding going to be? What's the mystery gonna be? That's what I get really excited for with the Cara character, because she loves the mystery and will make some mystery out of anything."

The thing that set the original One Winter Weekend apart for Bernard was the film exploring two love stories between two sets of best friends. It was one of the first Hallmark movies to diversify its storytelling and followed suit with casting. Being a first is something she's proud of. "That's pretty amazing," she said. "I think it's actually a part of the success of these movies as they were different from the traditional Hallmark format and more of a buddy film that has romance than an actual rom-com, which is their genre of choice. You saw the girls having their friendship and where [that] friendship came from and its history, then you saw the boys and their relationship. I feel the audience really got to connect, or be with these characters as friends, and not necessarily as the romantic interest that kind of colors the friendship, which is a beautiful thing."

"Taylor is my homegirl," she added. "Even with Dewshane and Jack, shooting those first two movies they put us up in an apartment building with only one restaurant in the neighborhood. We got into the habit of wanting to go out for dinner together and hang out. I had a car and I remember Dewshane saying, 'I need groceries.' So, we all drove to the grocery store. We all had a friendship and formed personal relationships. Now by this third movie … I mean Taylor got married this year in real life, but because of COVID, she wasn't able to do the wedding she'd organized. But I would have flown for her wedding."

The only drawback to filming One Winter Wedding was the absence of one of its stars, although he does appear. "It was a little sad and bittersweet that Dewshane couldn't [physically] be there," she revealed. "We missed him so, as he's such a presence. It was partly because of the pandemic and his [other] commitments. It's just COVID and everything in life. Hopefully, we'll get to make a fourth one (if the fans ask), but he's doing really good for himself, and I really missed him.

"We have some things in the works and I hope there is a lot more Hallmark in my future," she added in closing. "I do love me some #Hallmarkies and going through the Twitter feed reading all the comments. They've been so supportive and championed my career and Hallmark roles. In my whole career, I've never had that kind of support. I truly feel grateful for and I just love entertaining them."

One Perfect Wedding will be telecast Saturday, April 3 at 9:00 p.m. on Hallmark Channel as part of its annual Spring Fling programming event.