Rush Limbaugh was Targeted by a Major Advertiser Boycott -- Did it Work? 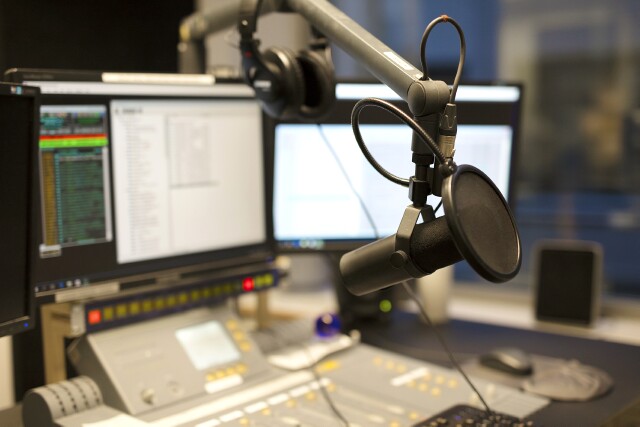 Rush Limbaugh has died, and obituaries are highlighting his long career as an effective broadcaster and polarizing figure. His show was syndicated on 600 stations via Premiere Networks, reaching 27 million people weekly. It was highly successful and bought the college dropout a 24,000-square-foot home in Palm Beach that also housed his broadcasting studio. By 2018, Limbaugh's annual salary was $84.5 million, second only in radio to Howard Stern. This didn't happen because he was bad at what he did.

Make no mistake, Limbaugh was an effective broadcaster, able to speak extemporaneously and convincingly, in whole sentences, on the topics of the day. His background was in Top 40 radio, and he used many of its well-established signifiers to create excitement and drive home his points. Although talk radio is largely associated with conservatives like Limbaugh, it's a medium also used with skill by figures on the left, especially Amy Goodman of Democracy Now!

But there's a dark side to Limbaugh's success, one he shares with other talk show hosts. In 2012, Limbaugh called a Georgetown University law student named Sandra Fluke a "slut" and "prostitute" after she testified before Congress urging employer health plans to cover contraception. Here's the full statement:

Far more than any political blowback (there were 100,000 signatures to a condemnatory online petition), the advertiser boycott hit home, and led to a very rare Limbaugh apology. The talk show host said this:

"For over 20 years, I have illustrated the absurd with absurdity, three hours a day, five days a week. In this instance, I chose the wrong words in my analogy of the situation. I did not mean a personal attack on Ms. Fluke …. My choice of words was not the best, and in the attempt to be humorous, I created a national stir. I sincerely apologize to Ms. Fluke for the insulting word choices."

The spin control over ad boycotts aims to "put the incident behind us." That's what Premiere Networks immediately attempted to do. "In an attempt at absurdist humor to illustrate his political point, Mr. Limbaugh used words that unfortunately distracted from the message he was trying to convey," the network said, adding that he "did the right thing" by offering "his sincere and heartfelt apology to Ms. Fluke." Of course, the sincerity of the apology was somewhat undermined by Limbaugh's accompanying, and rather longer, defense of his position.

Fluke is now president of a nonprofit called VoicesforProgress.org, and she tells MediaVillage, "My sympathies go out to Mr. Limbaugh's family for the loss of a loved one … I firmly support advertiser boycotts as a way of holding accountable prominent media figures who spread hatred and division to interfere with a civil debate in a democracy where all are heard and respected."

Fast forward eight years to 2020. Now the host is Tucker Carlson on Fox. He refers to Black Lives Matter demonstrators as "criminal mobs" and mocks a Sesame Street special on racism. Again, advertisers boycott, including Disney, Papa John's, Poshmark and T-Mobile. The advertisers were attracted by ratings -- Carlson's show the night he made those statements about Black Lives Matter had 4.2 million viewers, making it the most-watched TV show in the U.S. that night. On Fox, he was then higher rated than Sean Hannity.

The list goes on. Bill O'Reilly lost 47 advertisers, including Allstate and Mercedes-Benz, in 2017 after accusations of sexual misconduct, and his show -- which generated $446 million in ad volume from 2014 to 2016 -- was canceled on Fox.

The nemesis of most of these hosts is Media Matters for America, which functions as a fact checker and posts lists of their advertisers -- and those that have pulled out. Here's the Sean Hannity list. "Tell advertisers to drop Fox!" Media Matters says. "Advertisers will get burned if they continue to associate with Hannity -- plain and simple."

It's hard to compare the long record of ad boycotts against rightist talk radio with the left-wing competition because Amy Goodman hosts the only nationally successful left-leaning radio show (on 1,400 radio and TV outlets) and doesn't accept advertising or corporate underwriting. Air America, an attempt at answering the right with a liberal radio network that included hosts such as Al Franken, Robert Kennedy, Jr. and Ron Reagan, lasted only from 2004 to 2010. Financial woes shut it down.

But in what may be a tit-for-tat exchange, MSNBC's left-of-center Rachel Maddow was targeted by Hannity in 2017. He urged advertisers to boycott her program and enlisted the Media Research Center (MRC) and Media Equalizer to help out. Hannity had himself lost five advertisers after claiming that year that Democratic National Committee staffer Seth Rich had been murdered. Decrying liberal smear campaigns against conservative radio, MRC's Brent Bozell said, "Today is the day the conservative movement fights back."

Media Matters President Angelo Carusone told MediaVillage that he doesn't think that Maddow actually lost any advertisers as a result of that campaign, especially since there was no precipitating incident on her part.

But Carusone is insistent that Limbaugh was hurt, worse than it appeared, by the 2012 Fluke incident. "The collateral damage was really stunning," he said. "WABC dropped him, and that was where he started. For two years, you couldn't listen to Limbaugh's show in New York City. Cumulus Media dropped him in 38 markets because it was hemorrhaging advertising revenue. He really lost a substantial footprint. Part of the problem was the weak apology, and that the show couldn't offer assurances that such incidents wouldn't happen again."

It's not all political. In 1994, when Tejano singer Selena was murdered, Howard Stern mocked her, played her music with gunfire in the background, and said Hispanics had "the worst taste in music." The Hispanic community threatened a boycott, and Stern issued an apology -- in Spanish. Don Imus thought it was funny to make a racist remark about a player on the Rutgers University women's basketball team in 2007. (He later apologized -- profusely.) Advertisers dropped the show in droves, and his shows got canceled on both CBS and MSNBC.

In gauging the effectiveness of these boycotts, let's note that Rush Limbaugh emerged only temporarily set back from the 2012 incident, and Tucker Carlson and Laura Ingraham are still on the air. Don Imus and Bill O'Reilly never recovered, but Howard Stern did. Carusone also points to a conservative broadcaster named Dr. Laura (Schlessinger), who was a top-rated host until she used the n-word 11 times on the air in 2010. She had her years in the wilderness, but is now on Sirius XM (with less politics).

So, a mixed record for advertiser boycotts -- but, most assuredly, a powerful tool, capable of bringing down even the highest-rated radio and TV programs. It's interesting to speculate what would have happened to Rush Limbaugh if he'd slimed Sandra Fluke after the rise of #MeToo, a phrase first used in 2006 but only rose to prominence in 2017.