Salt-N-Pepa Get a Spicy Biopic on Lifetime 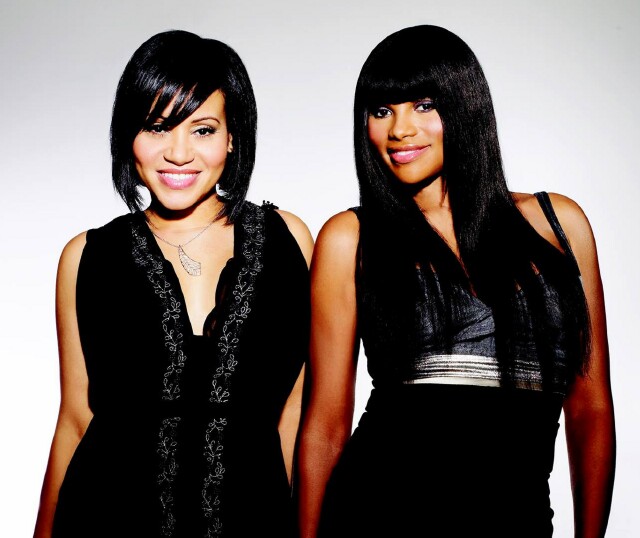 Legendary hip hop artists Salt-N-Pepa are receiving the biopic treatment this weekend courtesy of a revealing movie on Lifetime. Salt-N-Pepa follows Cheryl "Salt" James and Sandra "Pepa" Denton from their humble days as extended warranty salespeople at Sears and nursing students to the heights of music superstardom, and with 35 years of career in their rearview mirror, there's a lot to be told. Executive produced by the icons themselves and starring GG Townson (Salt) and Laila Odom (Pepa), the film is a compelling homage to this pioneering duo; the first female rap act to go platinum, receive multiple Grammy Awards, and pave the way for a host of female rappers to follow.

"Man, for me, I mean it's just amazing," said Denton of having their story immortalized on film. "To have a biopic of your life story, especially for us, being in such a male-dominated field … There were so many barriers we broke down. [We were] trailblazers. Yes, I do toot my horn, as it was a journey with ups and downs, and to be able to talk about and celebrate it … A lot of times with biopics, unfortunately, the artist isn't here to celebrate. I remember watching [What's Love Got to Do with It], the Tina Turner story, and I was like, 'Man, if I do a movie, I want it to be just like that! I'm gonna end on stage doing a show and doing my thing.'"

"It's the same for me," echoed James. "With Salt-N-Pepa, it was just destiny for us. The way our story unfolded from the beginning until now, and to be here 36 years later, celebrated not only with the biopic but getting our star on the Walk of Fame, and the Lifetime Achievement Grammy Award, it's the career that people dream of having from beginning to end. Who would've thought? I always knew we were gonna make it as artists, but I never in my wildest dreams thought that at this particular time in my life I would still be doing press junkets and tours and basically crying for a break sometimes. It's an insane blessing." 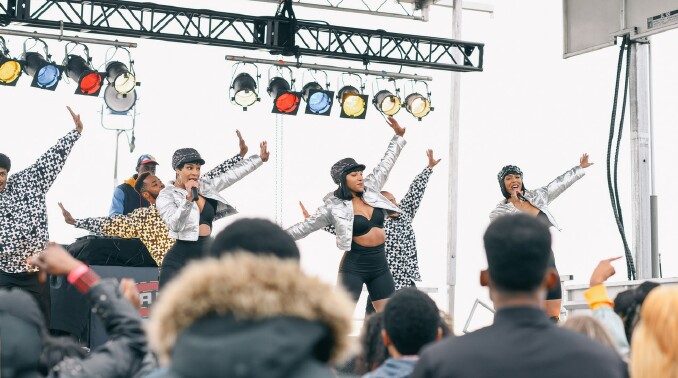 Since bursting onto the music scene in 1985 with their first single The Showstopper, Salt-N-Pepa experienced many personal and professional highs and lows, most of which are depicted in the project. Originally entitled Super Nature, as Salt-N-Pepa the group was responsible for infectious classics like Push It, Shoop, Whatta Man and Let's Talk About Sex. It was at the insistence of James' then-boyfriend and producer Hurby "Luv Bug" Azor that they became Salt-N-Pepa after being inspired by a lyric in that first single. Both artists concur; success wouldn't have been so enduring had the name not changed.

"In the verse of [that song] we go, 'We go together like Salt-N-Pepa,'" Denton said. "All the fans were like, 'Yo, play that Salt-N-Pepa song!' They remembered that line, so Hurby was like, 'You're Salt, and you're Pepa.' It wouldn't have been so big if we'd kept the name Super Nature. Hands down Salt-N-Pepa was the way to go."

"I agree," added James. "I think symbolically it represents two women that are polar opposites but are best friends. There's the salt and the pepper in every friendship, so I think the audience was able to relate to that in a very personal way. It represented us, and our personalities, in an amazing way. So, I don't think it would have been anything near what we are if it wasn't that name."

A key to the film's success was the casting of the actors who would personify Salt-N-Pepa on-screen. After an exhaustive search, they hit gold with GG Townson and Laila Odom who are perfect, and thanks to the film's subjects being actively involved in every aspect of the production, both found filling those shoes easy. "Cheryl just embraced me wholeheartedly," beamed Townson. "She was an open book and told me the good, the bad and the ugly about everything. So, for me it was it wasn't super-hard. I didn't have to try to figure out [anything] on my own. I could ask her and there was no wrong question to ask. Cheryl's love and openness were how I prepared to get into who she was."

"I prepared by watching Sandy," Odom explained. "It felt so surreal to actually meet them. I feel like we're very close in personalities, and I connected to her. It was funny when Cheryl was on set and I would do something. She'd laugh and be like, 'Oh, Pep would have done it just like that, too.' So, here's a casting shout out to Leah Daniels Butler, as I think by casting me and GG, we formed an even tighter friendship very reminiscent of the girls, and of them growing together and going on this journey of music. It was the same for GG and me."

According to James, encapsulating 35 years into a 2 ½-hour movie had its limitations and was emotional. "There were legal limitations and so many things we wanted to do and weren't able to," she explained. "For me, and Pep, there wasn't anything we didn't want to say. I had a lot of anxiety doing it as you do have to revisit old wounds. It opens old wounds and questions you have about things that you experienced. I definitely had a hard time pushing through it, but with the help of everyone that supported me, it was a great experience."

"It's the truth and honesty of the movie," offered Denton. "Here are two friends that had ups and downs, going through a lot. It's two stories going into one and there were some rewrites, but it's our story and we're here to talk about it. So, we were learning stuff about each other [still], some nitty-gritty stuff that you'll see in the movie."

"We've been well celebrated for our whole career," James said in closing. "We took a 10-year hiatus, came back, and it was like we never skipped a beat. For this generation to know our music and who we are is incredible. We're not just artists, we are a brand. We created a band, we created a movement, we made a statement that left an imprint on not only people's minds but their hearts. They have so much love for us and we do for the fans and people who [still] support us."

Salt-N-Pepa will be telecast Saturday, January 23 at 8 p.m., followed by the documentary Let's Talk About Salt-N-Pepa, on Lifetime.