Samantha Bee on the Virtual DNC, Filming During Lockdown and Steve Bannon's Arrest 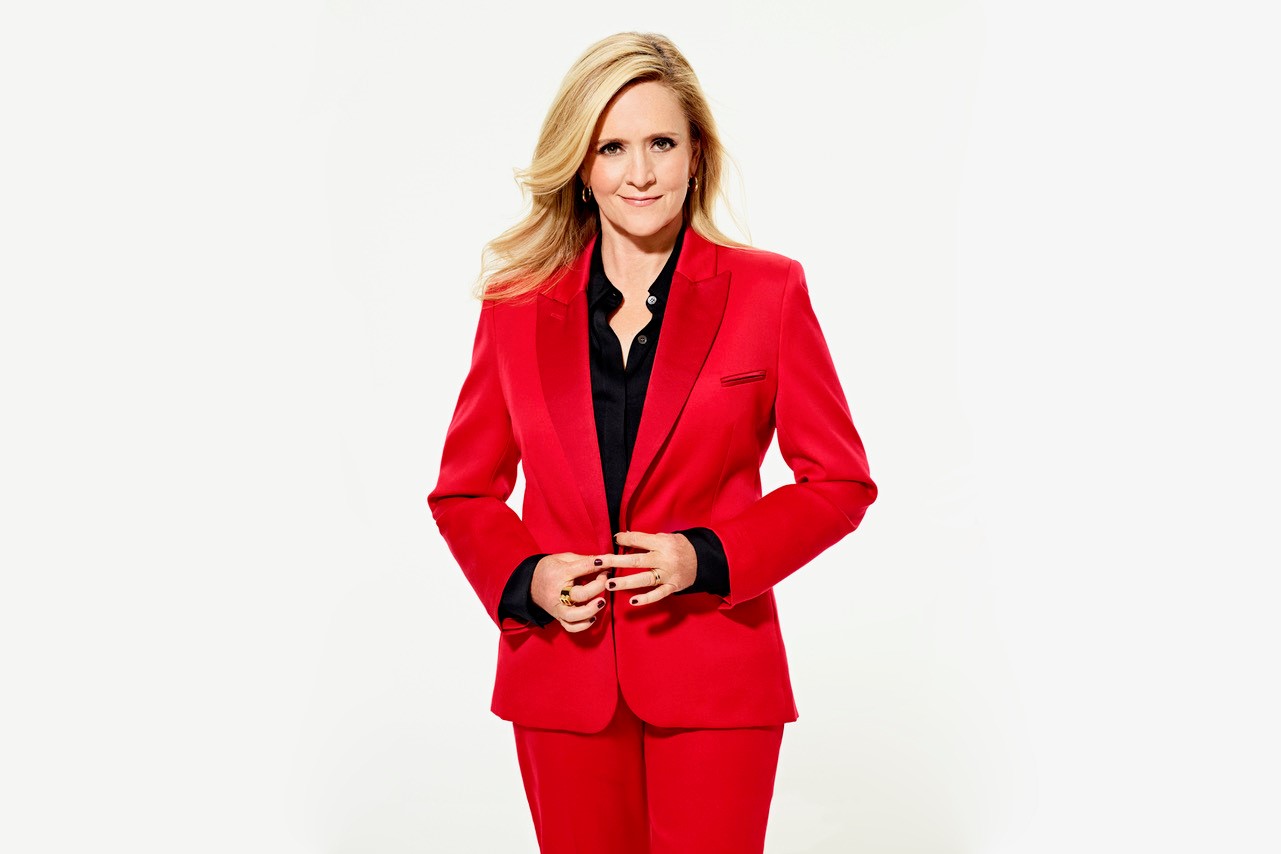 As millions of Americans viewed, with a watchful eye, the new way in which the Democratic Nation Convention was Zoomed into households across the country, Samantha Bee (pictured at top and below) did the same. As a correspondent for Comedy Central's The Daily Show, for many years Bee viewed these conventions from a very different vantage.

Now as host of TBS's Full Frontal with Samantha Bee, she's dealing with a host of new challenges. In addition to finding new ways to report on them, she's filming a weekly talk-show from her East Coast home (due to the coronavirus shutdown), in which the elements have also proven a challenge. "It's really a gift to continue to be able to make the show in this form," she commented during a rescheduled virtual Television Critics Association panel. "One of the reasons this panel was postponed by a couple of weeks is because we lost power and Internet at the place we're shooting the show for a full seven days. [This week] we revealed that this shed that we've been using in all of these different things was literally crushed by a tree that fell in the storm and caused our power outage. A gigantic tree just fell in the backyard and ruined part of our set, so nature is brutal and very terrible."

Last Wednesday, Bee returned to the airwaves, with a new show and a new slogan for her coverage of the upcoming election - - 'Expect the worst 2020'. "Never forget," she recalled of the 2016 election results. "I will never forget that feeling as long as I live. I think the smartest approach to these next few weeks, and we only have eight shows until election day, our best approach is to expect the worst, and hope for the best. I don't want to be fully taken by surprise again. We need to do our best to create enthusiasm for voting and remind people to vote. Mail in those ballots as early as possible. I don't consider this period to be an easy cruise to the finish line, this is actually a period of great work and elbow grease, and we would all be wise to take a skeptical approach." 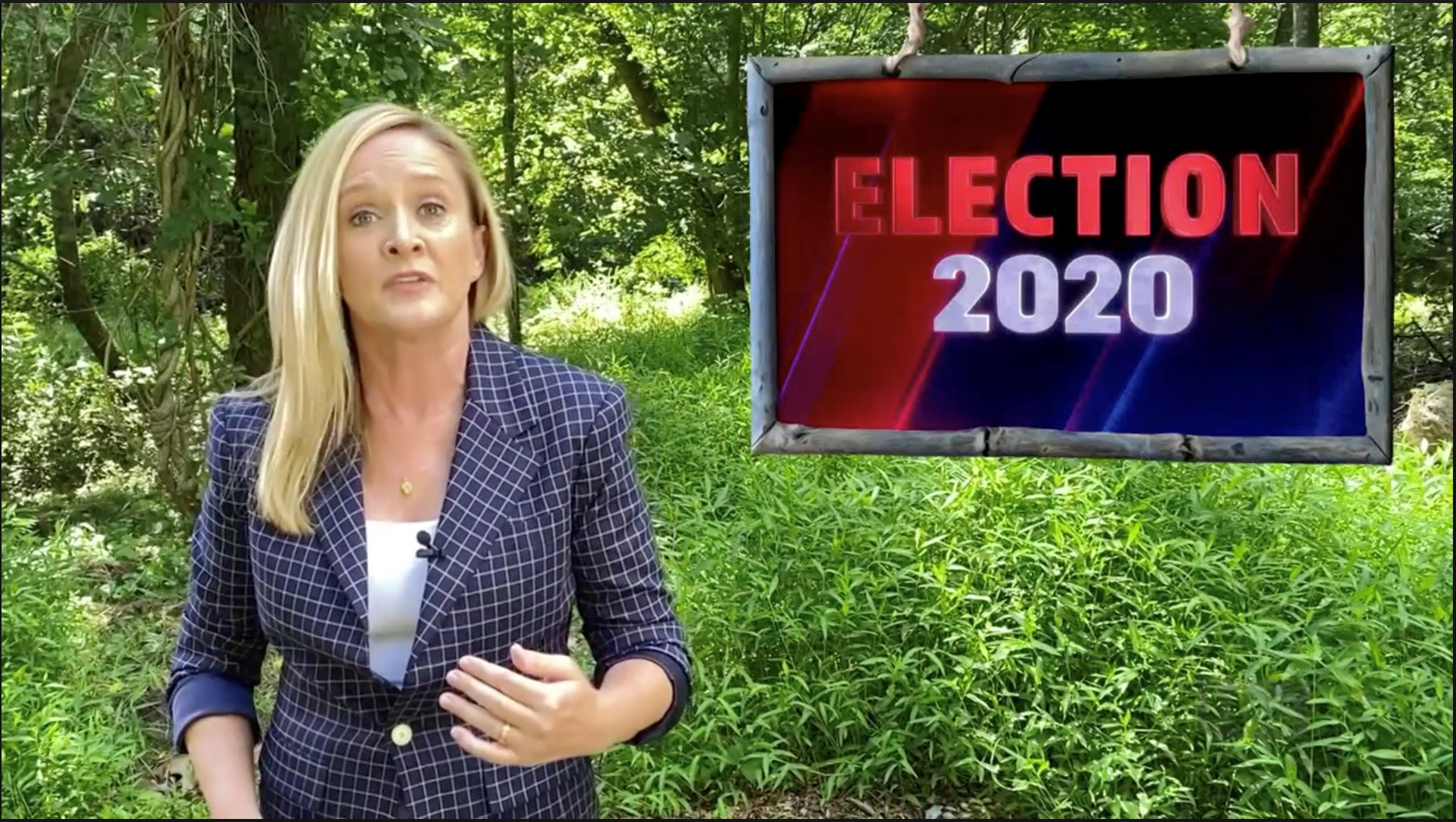 When it came to the virtual format to the DNC, Bee admitted, "I liked the online convention, and for sure I watched it from top to tail. While there were ups and downs, it got better as the week has gone on." But watching as a viewer, like everyone was forced to, was a very different experience. "I always go to the conventions and I've gone to every single political convention since 2004," she shared. "I went to so many with The Daily Show it was exhausting. It's just a crazy circus-like environment, with thousands of people trying to get interviews and you're wading through huge crowds and delegates -- it's an exhausting atmosphere and there's no oxygen in a convention center. The kiosks only sell diet Pepsi and wet turkey sandwiches, so I don't miss that part.

"So do I miss anything about an in-person convention?" she added. "Well the CNN grill was always fun and a very gossipy delicious place to make a turkey wrap (Laughs). What I really do miss is the amount of footage we would get. I miss talking to people and those 'man in the street' moments at the convention. I so deeply love that content as it's exciting. It's good for our show, and the audience loves it. But physically being there and taking my high heels off and putting on flip flops and running around the conventions, I don't really miss that. But I would absolutely sacrifice my own comfort to go to a convention if it were not for Covid-19."

Given her weekly production constraints, Bee has always been at the mercy of being timely, so when asked her immediate response to the arrest of former White House Chief Strategist Steve Bannon on Thursday, she was only too happy to chime in. "This is just a private victory," she beamed. "Yeah, this is a personal victory, a personal triumph, and even more so arrested on a yacht? By the US Postal Service! It's incredible! It's just such a beautiful 'chef's kiss' moment, and just for the record, I would like to say that my husband and I had a show called The Detour that aired on TBS for four seasons and the US Postal police factored heavily in our show. We've just been high fiving each other all morning that they're a real organization and they do good work - - good job folks.  Everybody should just re-watch all four seasons of The Detour as you learn so much and it's a learning journey.