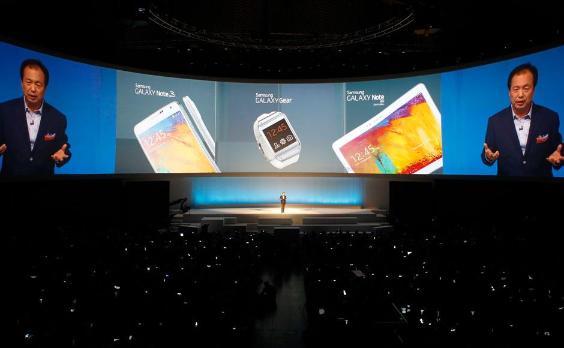 So another "Samsung Unpacked" event has come and gone. The Korean electronics maker didn't disappoint this year, as it released the Galaxy Gear – the company's highly anticipated first-dive into the world of smartwatch-style devices.

But while the gear understandably grabbed all the headlines, the company made some significant changes to its Note lineup as well. Lets take a look what came down.

A Walk on The Wearable Side 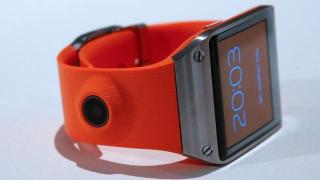 As its name suggests, the Galaxy Gear isn't meant to be a product on its own, but rather a companion device. It talks to Samsung's smartphone and tablet offerings via Bluetooth 4.0 LE – the low energy version of the wireless standard.

When paired with these devices, the Gear is able to receive notifications, take calls and control media coming from the mother device. At launch, these will be limited to Samsung's new Note 10.1 and Galaxy Note 3, but it has promised updates to bring compatibility with the Galaxy SIV and other devices by some time in October.

Despite its diminutive form-factor — you interact with the gear via a 1.6 in 320x320 Super AMOLED display — it packs-in a surprising amount of hardware. The smartwatch has a 1.9 MP camera that can even shoot video in 720p (albeit for only 10 seconds at a time). It also has a speaker and 2 microphones for voice commands… plus an accelerometer and gyroscope that give it spatial awareness. This is all powered by an 800 MHz single core Exynos processor fed by 4 GB of onboard memory with 512 MB of ram. That doesn't exactly add-up to crazy speed… but then again, that's not the idea.

The device will play host to a slate of Gear-specific apps meant to take advantage of the device's unique strengths. Samsung says there will be over 70 of these available at some point — though the full list has yet to be published. We do know there will be offerings from eBay and Evernote — as well as a number of fitness apps.

Samsung claims the 315 mAh onboard battery has enough juice to power all this for more than a day, but early reports from the release event indicate that may be a bit of a lofty claim. Many reported that the device's cameras had been refusing to shoot for lack of power very shortly after being made available to demo. Early reviews have also criticized the device for sluggish performance. 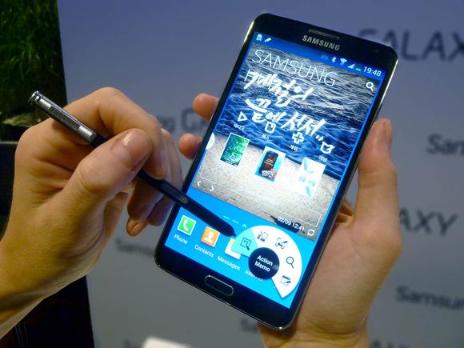 The Note 3's most striking feature has always been its expansive display. This iteration packs-in a bigger-than-ever 5.7" Full HD Super AMOLED screen – though despite the bump in size, Samsung has managed to actually shrink the phone overall. It's now slightly narrower and thinner than before.

The Galaxy Note 3 may be powered by one of two processors depending on what radio you choose. Both are blazing fast. The LTE version gives you a 2.3 GHz Quad-Core Snapdragon 800, while the HSPA iteration will run off an 8-core Exynos Octa at 1.9 GHz. Both kinds will come with 3GB of RAM, and 32 gigs of onboard memory at base. The Note 3's dual cameras will shoot in 13 MP out back and 2 MP up front.

The 3200 mAh battery is claimed to run the device far longer than the previous generation. Samsung says the Note 3 will play back video over 4 hours longer than the Note 2, and should allow up to 40% more general use. If that's true, than this may be a real standout feature.

The device runs Android 4.3 Jelly Bean augmented with the Touchwiz UI — which Samsung says will make the device a real productivity and communications workhorse.

The most intriguing offering here may be the new Air Command – which brings up a circular menu of 5 new features when you hover the device's signature S Pen over the screen. This will allow you to do things like command the phone through written notes, annotate screenshots, and search.

The Galaxy Note 3 will be available in 140 countries on September 25.

A Tablet For Serious Work? 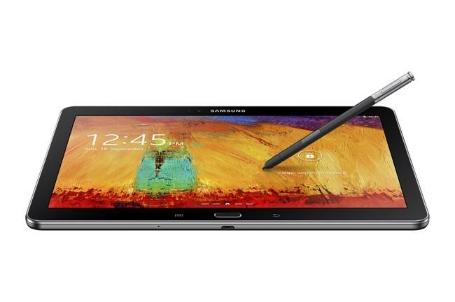 The 2014 version of the Note 10.1 is being billed as a tablet meant for productivity above all else… and that focus seems will be channeled through features like the S Pen and Touchwiz UI.

It shares many internals with the Galaxy Note 3 – including the 2.3Ghz Quad Core Snapdragon 800 processor for the LTE model and 1.9 GHz Octa Core processor in Wi-Fi or 3G garb. Like the Note 3, it has 3 GB of RAM, but starts with only 16 GB of internal storage — upgradable as high as 64. The note 10.1 has an only 8 MP shooter out back – that's 5 fewer than the Note 3. Samsung has fit an 8,220 mAh battery into the device – which should provide plenty of juice all day.

The note 10.1 will carry-over a number of features from the Galaxy Note 3 — including Air Command — but the real focus is on truly great multitasking. Two features will help accomplish this according to Samsung. Multi Window allows you to run separate instances of the same application, and empowers S Pen wielding users to drag and drop content from one window to another.And Pen Window will let users draw a window of any size on the screen to access in-application features like YouTube or calculator.

Another feature meant to hammer-in the idea of the Note 10.1 as workhorse-device is that it will come preloaded with KNOX — Samsung's secure "container" within the software of the device that allows users to keep especially sensitive data free from intrusion… even in the event of a hack.

Like the Galaxy Note 3 and Gear, the new tablet will drop on September 25. Pricing details have not been released.

So there we are. Samsung really threw down the gauntlet from Berlin… and it landed somewhere between 280 and the West Valley Freeway. Now it's your turn Fanboys, let's see what you got!

Director of Advanced Media Ventures Group, LLC an industry-leading advisory and business development firm and a member of the Executive Committee of the National Academy of Television Arts & Sciences (the organization that bestows the coveted Emmy® Awards). Palmer is the author of Television Disrupted: The Transition from Network to Networked TV 2nd Edition (York House Press, 2008) the seminal book about the technological, economic, and sociological forces that are changing everything, Overcoming The Digital Divide: How to use Social Media and Digital Tools to Reinvent Yourself and Your Career; (York House Press, 2011) and Digital Wisdom: Thought Leadership for a Connected World (York House Press, 2013). For more information, visit shellypalmer.com.