By Erich J. Prince September 30, 2019 News on the Record Archives 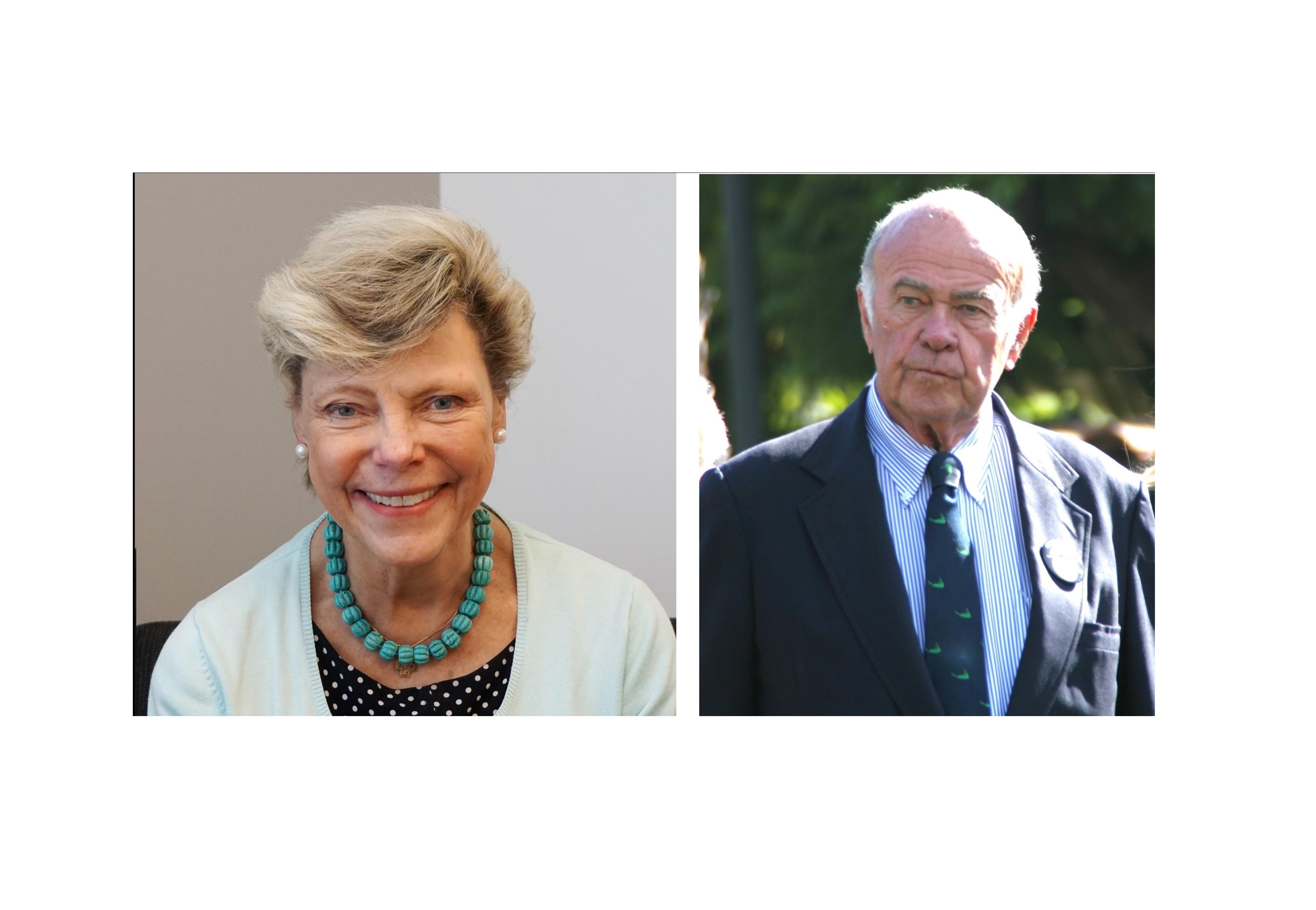 On the evening of September 16th, longtime television journalist Sander Vanocur (pictured top right)  passed away. It was only a day later that the broadcast journalism community mourned the loss of another of their own: Cokie Roberts (pictured top left), who died as a result of breast cancer, which she was first diagnosed with in 2002. Unlike Vanocur, who had largely been out of the public eye in the years immediately preceding his death, Roberts' last television appearance was only one month before her passing. She had appeared on ABC's This Week — the show she had previously co-hosted with Sam Donaldson from 1996 to 2002 — to weigh in on President Trump, the current economy, and the perennially contentious issue of guns.

Vanocur's and Roberts' respective heydays occupied different decades; they were born almost a generation apart and their upbringings were quite different. Vanocur was born to a Jewish family in Cleveland and grew up in Illinois; his parents' marriage ended in an acrimonious divorce when he was young. Roberts, on the other hand, was born in Louisiana to Hale and Lindy Boggs. Her father, Hale, would serve as the House Majority Leader; her mother was elected to Congress after Hale's disappearance in an unfortunate aviation incident in 1972. Roberts was raised Catholic and her mother would serve later in life as the United States Ambassador to the Holy See, combining — as her daughter put it — her two favorite things: "going to Mass and going to parties."

Roberts' obituaries have focused her numerous life and career achievements. One is her role in expanding the influence of women in political journalism, a point cogently described by Sam Donaldson. She has also been remembered for more specific moments, such as her December 1999 question to Barbara Bush: "It must be an odd notion to see your little boy running for president," to which Mrs. Bush notably replied: "You're interviewing the wrong person. I think he's close to perfect." But, as Chuck Todd observed on Meet the Press, Roberts said she would like, most of all, "to be remembered as a mother and a wife and friend of people I love very much."

In our overly-politicized times, it was warming to see figures from across the political spectrum — from Chuck Schumer to Chris Christie to Joe Scarborough to Laura Ingraham — offer their condolences and special remembrances. Perhaps, having in mind this panoply of tributes, George F. Will, a one-time frequent guest on Roberts and Donaldson's show, put Roberts' life in its political context: "Cokie was from another Washington: Washington before tribalism swallowed civility, Washington before constant hysteria was taken as a sign of sophistication."

The tributes paid to Vanocur shared a theme: that he was present with a front-row seat to the most iconic events of the second half of the 20th century: from the 1960 presidential debate between John F. Kennedy and Richard Nixon to being one of the last journalists to interview Bobby Kennedy before his assassination in 1968. However, a moment from Vanocur's role as a moderator of that 1960 presidential debate perhaps says it all.

Vanocur asked then-Vice President Nixon a tough one: "In his news conference on August 24th, President Eisenhower was asked to give one example of a major idea of [Nixon's] that he adopted. His reply was — and I'm quoting: 'If you give me a week, I might think of one.'" This was a truly hard-hitting question in its subject matter, but the presentation of the question wasn't gratuitous in its tone. It also refrained from, in my mind, the cardinal sin of journalism: employing loaded language, which I define as language that assumes the truth of a conclusion that one still has the burden to prove. Loaded language is all too common among debate moderators today. Instead, Vanocur's question was plainly asked.

Vice President Nixon answered Vanocur's question thoughtfully and the debate moved onto the next topic. Vanocur didn't hit Nixon again; he let the Vice President's answer stand and did what a journalist ought to do: allow the people watching to make up their minds about the candidate's answer.

Like any journalist looking to be fair, Vanocur also hit Senator Kennedy hard and pressed him on his struggles in getting bills passed during his time in Congress. Presenting every candidate, even fan favorites, with difficult questions can be a challenge, as Anderson Cooper would experience more than a half-century later during an October 2015 Democratic primary debates, when he pressed Hillary Clinton on the email controversy despite a vocally agitated audience.

Although it's all but a pastime for commentators to criticize the consensus view, sometimes the consensus has it down pat. In this case, the general agreement is that Vanocur and Roberts represent a time when journalism was more civil and decorum was not an endangered species. Even today, in an era when some media personalities take to Twitter to throw bombs, Vanocur never even had an account and Cokie Roberts' Twitter feed was mostly a sea of posts about Save the Children U.S. and retweets of wise words from Pope Francis.

The fans of British writer C.S. Lewis bemoan that he happened to die on November 22, 1963, the same day as President John F. Kennedy, and, thus, Lewis's death received a fraction of the attention it otherwise would have drawn. They believe that Lewis was shortchanged in a way, as his passing was lost amid the bigger news.

In this case, however, the timing of Vanocur's and Roberts' deaths did the opposite. Instead of one being lost in the shadow of the other, they were held up together as emblematic of an era, perhaps, gone by. They now serve together, joined by the proximity of their deaths, as a point by which future journalists might begin to understand their profession's past.