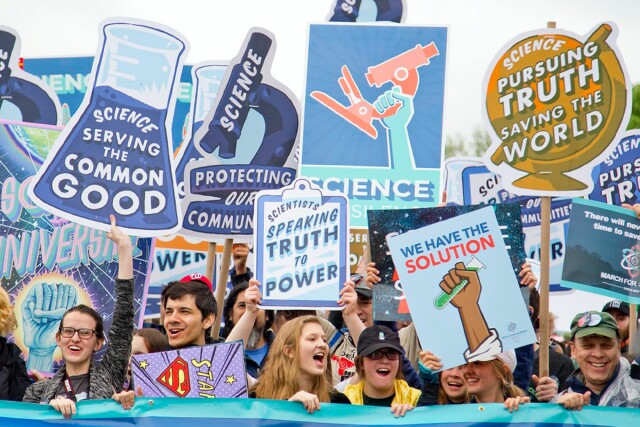 When I was recruited to develop a new magazine from scratch in 2017, I wasn’t sure what the long-term plan would be to sustain it. LeapsMag was a new media experiment meant to be a solution to a problem -- there was no single outlet focused on public engagement around how to deal with profound new innovations in the life sciences, like the ability to edit the genetic code or to make whole new organisms from scratch.

It was clear that such a platform for the general public was sorely needed. Biomedical advances stand to sharply impact the future of our species, but if people aren’t informed about them, who will be left to make crucial decisions about their use, except for a rarified group of experts? Some inviting bridge to the populace was required; a platform to tell compelling stories, to air diverse viewpoints and to inform readers about the incredible and often provocative research happening in labs around the world.

As a journalist with a background in bioethics, I found the challenge of creating a new magazine to be at once thrilling and daunting. I knew there was no guarantee of continued funding, which was supplied by a venture capital arm of Bayer that invests in paradigm-shifting technologies. Called Leaps by Bayer, their team holds the conviction that responsible innovation is not limited to technological achievements alone; instead, it should include robust engagement with the public, free of sponsor bias. Seed funding a magazine with the stated commitment to forgo editorial control was nothing short of radical for a Big Pharma company. Yet since the beginning, they have treated LeapsMag like any other promising startup they invest in and then become hands off.

Today, the platform has come a long way. Our first milestone was our 2019 partnership with the L.A.-based media company GOOD and its subsidiary Upworthy. It was the secret sauce that unlocked a new level of success in terms of reader growth and brand awareness. Just this month, we hit our latest turning point: LeapsMag has now become Leaps.org, a non-profit media platform with the mission to rebuild public trust in science as a force for good and to foster dialogue about the ethical implications of new breakthroughs.

Our decision to go non-profit was motivated by several factors. For one, the paid subscription model for journalism is incredibly difficult, if not impossible, for brands without a legacy and boldface name recognition. Thanks to the disruption of the internet, people basically expect their news to be free, and are unwilling to pay for it unless they are loyal brand consumers already.

The standard paid advertising model also presents its own challenges for a brand like Leaps.org. Advertisers will only be interested if there are very high numbers of eyeballs on a site every month. For a new brand that has purposefully focused on quality over quantity, in a relatively niche subject space, a sole focus on numbers would risk undermining our commitment to top-notch journalism. There’s a reason we publish only one to two stories a week and we don’t publish clickbait or sensationalism. Each story is fact-checked, balanced and credibly sourced, and our freelancers are paid a competitive market rate.

But this kind of journalism, as anyone in the media industry knows, is expensive. At the same time, our mission of public engagement necessitates that we try to reach as broad an audience as possible, requiring our content to be free and accessible to all. Our best option was thus the non-profit route. We are now working to find like-minded foundations, corporations and organizations to offer philanthropic funding, while ensuring we stay true to our founding principle of editorial independence.

The organizations we’re engaging with are similarly passionate about the need to restore public confidence in science, to fight misinformation, and to reach people who aren’t traditionally involved in discussions about new breakthroughs and the future of humanity. The non-profit route also signals to our readers and to the world that we are an independent organization, free of any sponsor agenda, which helps us build our own reputation. At a time of peak distrust in the media overall, our transparency is especially important.

Non-profit journalism is, of course, not new. Notable examples include ProPublica and the Center for Public Integrity, both focused on investigative journalism. Within the science realm, a quality example is Undark, which is supported by premier science foundations and published through the Knight Science Journalism program out of MIT. Then there are examples of media outlets that tried the non-profit route and pivoted away from it, such as the science magazine Nautilus. Initially supported by the Templeton Foundation in 2016, the publication switched to a paid subscription model in 2019. Mosaic is another example of a long-form science journalism outlet that began as a non-profit. It was supported by Wellcome, a global charitable foundation, but sadly folded in 2019 after five years of publication.

There’s no doubt that Leaps.org has its work cut out to realize its vision. We don’t have any guarantees of a stable future, but given today’s media landscape, I’m not sure any organization does. The experiment continues. We evolve, we adapt, and we soldier on, trying to do a little bit of good in the world.

This column was written by Kira Peikoff, Editor-in-Chief of Leaps.org and Science Editor of GOOD Worldwide.

The author may be reached at Kira@leaps.org. For additional information contact Jayne Wallace at wallacejayne@outlook.com.

Photo at top provided by Leaps.org.