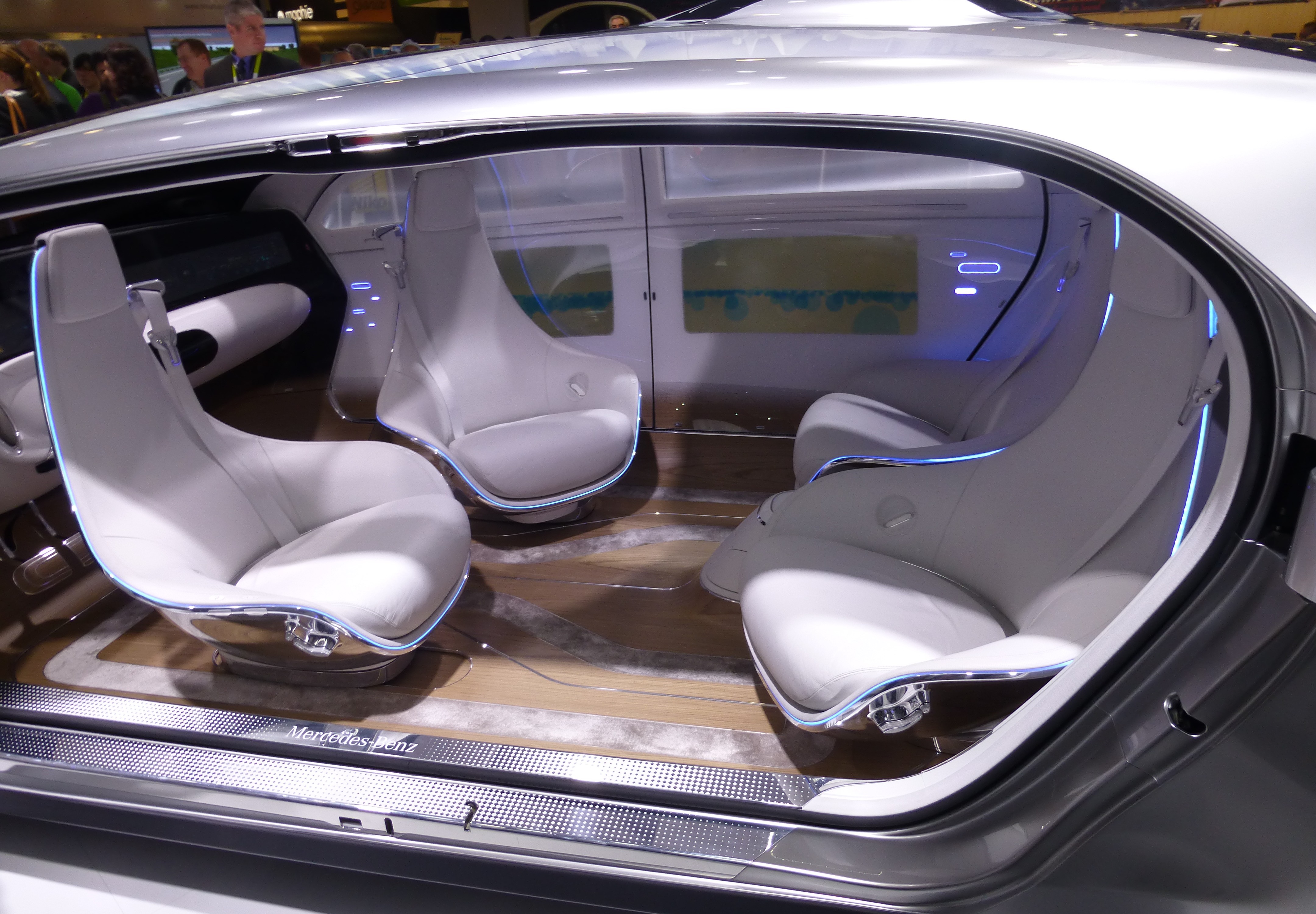 The coming age of the self-driving car presents both challenges and opportunities for advertisers and marketers.  Instead of selling the outside of the car, the industry is going to be selling the interior.

The first big change will be in auto sales.  Autonomy only really works if the cars are shared, as taxis are today.  Since today's vehicles sit idly for 95 percent of the day, we could vastly decrease the size of our current automotive fleet by keeping them on the road providing rides.  Among the many benefits is a greatly reduced need for parking, particularly in urban centers.  City planners are already thinking of the parks and public spaces that could replace garages and lots.

If self-driving cars are privately owned, we actually make the problem of auto overpopulation worse, because autonomy means non-driving seniors and kids too young to get behind the wheel will suddenly be on the road.  The trend does seem to be toward ride sharing, which is why Ford and Toyota are talking about becoming mobility companies.  But there are no guarantees.

Without private ownership, automakers would build cars for fleets they would either sell to or own themselves.  At that point, auto branding becomes tenuous.  Bob Lutz, former Vice Chairman of General Motors, says:  " Right now, we're enjoying the autonomous features increasingly prevalent in conventional cars.  But when we really get to the point where we have individually programmable but standardized transportation modules moving on the freeway with a whole snake of vehicles at 150 mph, brands will no longer matter.  What is the reason for being in a BMW module or a Mercedes module?  Especially since you get a different one every time you dial it up on your device? For automakers, that's the scary part."

No branding, no auto ads selling the excitement and youth appeal of driving the new cars.  Without a sales incentive, styling could start to homogenize and center on practicality.  It's a pod.  Do we notice what make of taxi we're riding in?

That's the bad news.  The good news, according to Jessica Hawthorne-Castro, CEO of Los Angeles-based ad agency Hawthorne, is that with the driver freed up from driving, the car's interior will become a brand-new play-and-work space.  This was already evident at this year's CES, where several companies showed auto interiors with swiveling seats, tables and windows that doubled as entertainment and news screens.  It will be a newly empowered ad environment.

A short story by T. Coraghessan Boyle, "Asleep at the Wheel," in the February 11 New Yorker, imagines just such a scenario.  The self-driving car, using natural speech technology, tells its passenger that it will take her to her destination -- but they could make a detour to a store that's having a 30 percent off sale.  "That cute cross-body bag in fuchsia you had your eye on last week -- they have two left in stock," the car says.

American drivers were on the road for more than 84 billion hours in 2015, so that's a lot of downtime that's going to be freed up.  Hawthorne-Castro wrote in a Forbes essay:  "Cross-channel advertising opportunities in this fully immersive environment could combine the offline mediums, where commercial ads would sponsor your video content or streaming TV series; an outdoor/billboard type of environment where a product placement or still ad billboard could pop up before any article or organically flash across your screen as you geo-locate near a particular store or brand, and radio spots could be micro-targeted for your demographic and sponsor podcasts and music channels.  And of course, there would be digital banners and pay-per-click targeting on your computer and mobile devices."

People are, of course, used to receiving lots of advertising on their car radios; that's nothing new.  But they've been hearing the ads while they're engaged in the very involving art of driving a car.  Passengers in self-driving cars will be more like consumers relaxing at home -- more consciously focused on the messages they're getting, and also engaging with the visual element.  It's going to be a much-sought-after market, and it's going to need intelligent planning so that it doesn't become a big turn-off.  After all, people will be able to just turn it all off and read a book.

According to Tech Crunch, "It's not about spamming a captive audience with ads for products or services.  Instead, it's about enhancing their in-vehicle experience."  The website, echoing Hawthorne-Castro, said that that the messages delivered to self-driving cars could be targeted by location, personalized by user preference and happening in real time.

As Boyle envisioned, that could mean directing a traveler to a shoe sale, or -- if the destination was an amusement park -- providing information on special events and reduced-cost tickets there.  The same solicitations work perfectly for sports events, and reduced-price reserved parking (which also reduces wait times) could be one of the lures.

Appealing to consumers in self-driving cars is going to require a whole new language, and marketers will need to learn it quickly and well.  The timetable?  Well, that's the hard part -- nobody knows yet.