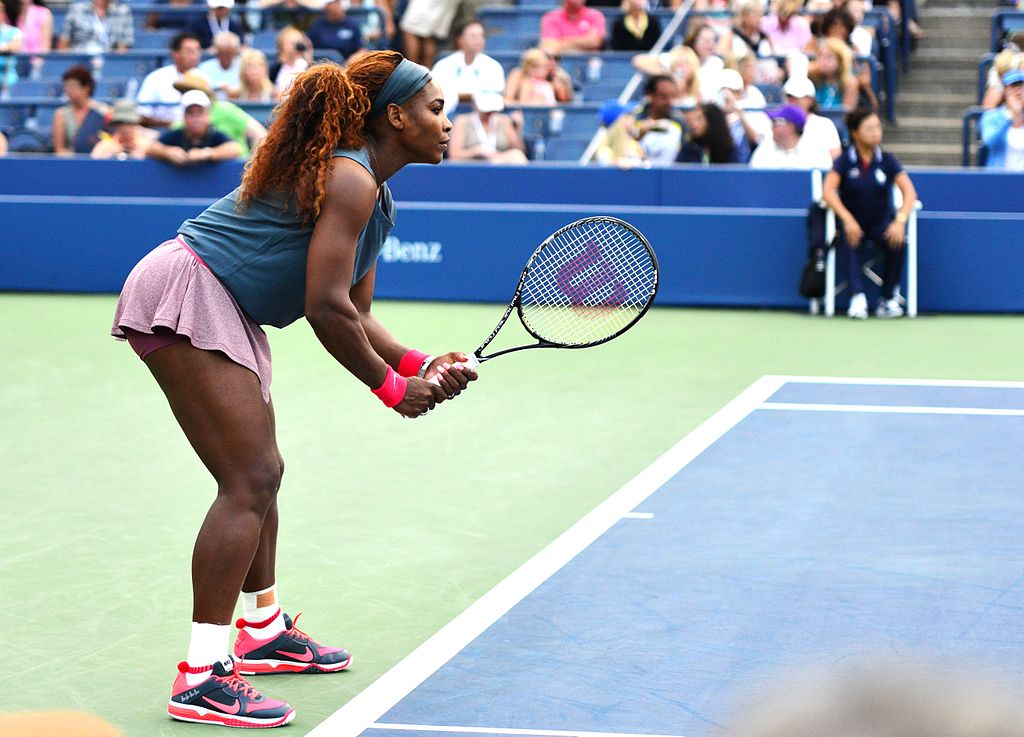 In a press conference following her defeat of Elena Vesnina at Wimbledon this week, Serena Williams had some choice words for a reporter who implied that women's sports are inferior to men's, Mic reports. After a press member asked her what it feels like to be "one of the greatest female athletes of all time," Williams replied that her sex shouldn't matter in her legacy. "I prefer the words 'one of the greatest athletes of all time,'" she told the reporter. When asked about equal prize money, Williams quipped to a male reporter, "Yeah, I think we deserve equal prize money. I mean, if you happen to write a short article, you think you don't deserve equal pay as your beautiful colleague behind you?" Williams, often outspoken about gender stereotypes, was featured in a Glamour video last month pelting tennis balls at one of her hecklers. (Check it out below – it's awesome.) Williams will face off against Angelique Kerber in the Wimbledon final this Saturday.

Millennial women, who outnumber men in college by 3 to 1, will close the gender pay gap by 2020, according to Date-onomics author Jon Birger. While women still only make 79 cents to every man's dollar, younger women outpacing men in education means greater wealth, and they are the first generation in history to start out their working lives at near parity with men. Between 1980 and 2012, wages for men age 25 to 34 fell 20%, while those for women rose 13%, according to Pew Research. This means women now have increasing funds to buy luxury goods -- once most commonly bought by a man for his wife or girlfriend -- and marketers are taking note. Take Oppenheimer Funds' newest campaign, "Bossy is Beautiful," which aims to debunk gender stereotypes, featuring powerful female executives and entrepreneurs alongside the terms "pushy," "bossy" and "controlling." The ad proudly states, "Women start up new businesses at twice the rate of men. So there." Acura's recent "Drive Like a Boss" campaign (below) also appeals to female empowerment. Whether marketers chose to embrace it or not, women are quickly becoming the most profitable demographic, Birger concludes.

In an interview with Ad Age, Unilever's Chief Marketing and Communications Officer Keith Weed expands on the company's announcement at Cannes, in which they vowed to end gender bias in their ads. This includes aligning Axe, which has long relied on representations of stereotypical men and women, with the Dove beauty brands, which have defied gender norms and championed female empowerment for over 12 years. Axe's Super Bowl commercial (see below), which features a range of "real men" from the rugged man to a dancer in high heels, was the first step in embracing the complexity of masculinity. The "Find Your Magic" ad has over 76 million views, and Weed noted that ads that are progressive on gender issues have a 12% better view involvement than ads with stereotypical portrayals of men and women. How advertisers treat gender issues is now a standard part of how they should be evaluated, Weed concluded.

Jaden Smith, who has become an androgynous fashion icon over the past year, appears on the cover of Nylon this month, defending his gender-fluid sense of style. While he's faced some criticism for wearing skirts and appearing in Louis Vuitton's spring womenswear campaign, he isn't concerned about the haters. "The world is going to keep bashing me for whatever I do, and I'm going to keep not caring," he told Nylon. He also hopes he's paving the way for future generations to feel free in their lifestyle and clothing choices: "I'm going to take most of the blows for my fellow MSFTS so, you know, in five years when a kid goes to school wearing a skirt, he won't get beat up and kids won't get mad at him. It just doesn't matter. I'm taking the brunt of it so that later on, my kids and the next generations of kids will all think that certain things are normal that weren't expected before my time." Check out the full interview here.

Women Aren't Getting Many Jobs Directing Commercials, Either

Gender Bias in Venture Capital is "Conscious" and Getting Worse

However Unfair, Female Politicians Must Still Face the Gender Thing