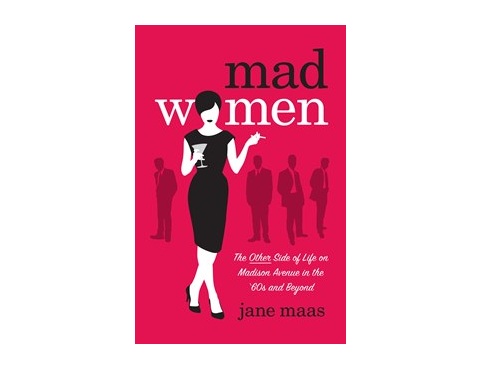 Valentine's Day is approaching, and so is the long awaited fifth season of television's Mad Men.So this seems like a good time to think about how Madison Avenue handled love in the sexy and sexist days of the 1960s.

The people I interviewed for Mad Women - -both men and women - - told me that sex was in the air. Maybe it was the early stirrings of Feminism. Maybe it was the advent of The Pill, which became available in 1960 and made spur-of-the-moment trysts more possible. Maybe it was those famous three-martini lunches, which often led to a matinee at a nearby hotel. Alumni of Young & Rubicam (apparently a hotbed of office sex) told me that the Hotel Lexington was a favorite spot. It was just a few blocks from the agency, and the clerks at the front desk didn't raise an eyebrow when you asked for a room key at two and returned it at three. If you met fellow staff members coming through the lobby, you simply averted your eyes.

So if women were so liberated, how come we allowed men to treat us like second-class citizens? It's a good question. I'm afraid we submitted to a lot of rampant, jaw-dropping sexism as simply the status quo. Take pay scales, for example. A woman copywriter who was at Ogilvy in the sixties complained to her boss that the guy sitting in the next office made twice what she was paid, and she was turning out twice as much good copy as he was. The boss said: "But he's a man.He has a wife to support." The copywriter told me: "I accepted that explanation as totally plausible and didn't complain again."

We had a lot to learn. And we're still learning it.