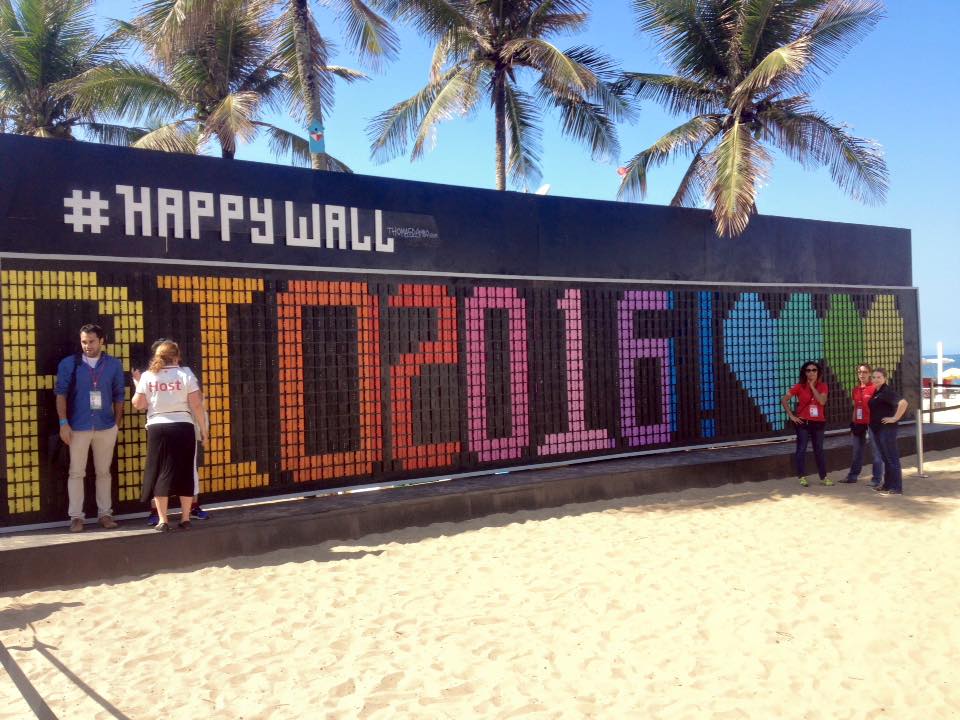 This is a weekly blog focused on gender equality. In this column: The media is called out for sexist Olympic coverage, the 4As reveals sexual harassment survey results, Simone Manuel becomes the first black woman to win a gold medal in an individual swimming event and UnitedHealthcare highlights idiotic men in Olympic ad spot.

Are Female Athletes Being Covered Fairly in the Olympics?

NBC commentators and other media outlets are taking some flak for their coverage of women's events in Rio as angry viewers took to social media to highlight this week's most sexist remarks. For instance, the Chicago Tribune announced American trap shooter Corey Cogdell-Unrein's medal win with the headline "Wife of a Bears' Lineman Wins a Bronze Medal Today in Rio Olympics," not even bothering to mention her name, The Guardian reports. Others were outraged when sportscaster Dan Hicks praised Katinka Hosszu's gold medal win by pointing out her husband as "the man responsible." And, Mic did this headline spoof of the coverage of Olympic swimmer Katie Ledecky, or as some press are calling her "the female Michael Phelps." But perhaps the most insulting comments came from NBCUniversal's CMO John Miller, who suggested that women only watch sports for the reality-TV-like "stories" as opposed to the competition (see below). For more, check out HuffPo's roundup of the top ten most appalling remarks.

This is incredibly insulting to women, and bad business. 2016 = raw feeds in real time, on digital platforms. pic.twitter.com/YMSdaRF3w7

Over 50% of Women In Advertising Have Faced Sexual Harassment

In an exclusive for Campaign, 4As President and CEO Nancy Hill revealed results of a yearlong study focused on the plight of women in advertising. Hill starts by calling out the absurdity of the recent controversial comments from former Saatchi & Saatchi executive Kevin Roberts: "Last week, we were once again reminded that, despite strong momentum and frequent discussions about gender equality in advertising, there is much more work to be done. Work that someday soon, hopefully, would mean a senior executive in a position of power wouldn't think of publicly refuting, and frankly ridiculing, what many of us hold to be true: The ad industry is not an equal workplace for men and women."

"If anyone else still needs convincing," Hill writes, results from the 4As survey included:

After breaking the world record in the women's 100m freestyle, American swimmer Simone Manuel made history by becoming the first black woman to win Olympic gold in an individual swimming event. After an emotional win, Manuel said her win would inspire greater diversity in her sport. "This medal is not just for me, it's for some of the African-Americans who have been before me and been inspirations," she told BBC News.  "I hope I can be an inspiration for others. This medal is for the people who come behind me and get into the sport." She also shrugged aside the label "black swimmer," reported the Washington Post, remarking, "I do hope that it kind of goes away … The title 'black swimmer' makes it seem like I'm not supposed to be able to win a gold medal or I'm not supposed to break records. And that's not true because I work just as hard as anybody else. I want to win just like everybody else."

Are There Too Many Idiotic Men in Commercials?

United Healthcare’s Olympic “Pole Vault” commercial is yet another example of men being portrayed as idiots in advertising. In this spot, a group of guys at a backyard barbecue watch as their friend attempts to pole vault with a pool leaf net over the edge of the pool. The result? Disastrous, as expected; the vaulter falls and slams into a picnic table. In contrast, two of their wives, sitting poolside and watching the stupidity unfold, debate which urgent care center they should use “this time,” flipping through the different hospital locations in the UnitedHealthcare app. While admittedly humorous, it is this kind continued portrayal of men across the media – men as bumbling, daft buffoons – that sets a negative example for younger men, giving them excuse to act in the same fashion. Where are the competent, responsible, caring men that can be role models for future generations? You won’t find them in many commercials (check out Jack Myers’ The Future of Men to learn more). Watch the full spot below.

A Thousand Words is Worth a Picture: Women Share How Sexism in the Industry has Affected Them

Trump is a Climax of American Masculinity

A Letter to My Daughter About Young Men

Photo courtesy of Valeria Berkowitz. The opinions and points of view expressed in this commentary are exclusively the views of the author and do not necessarily represent the views of MediaVillage.com/MyersBizNet, Inc. management or associated bloggers.