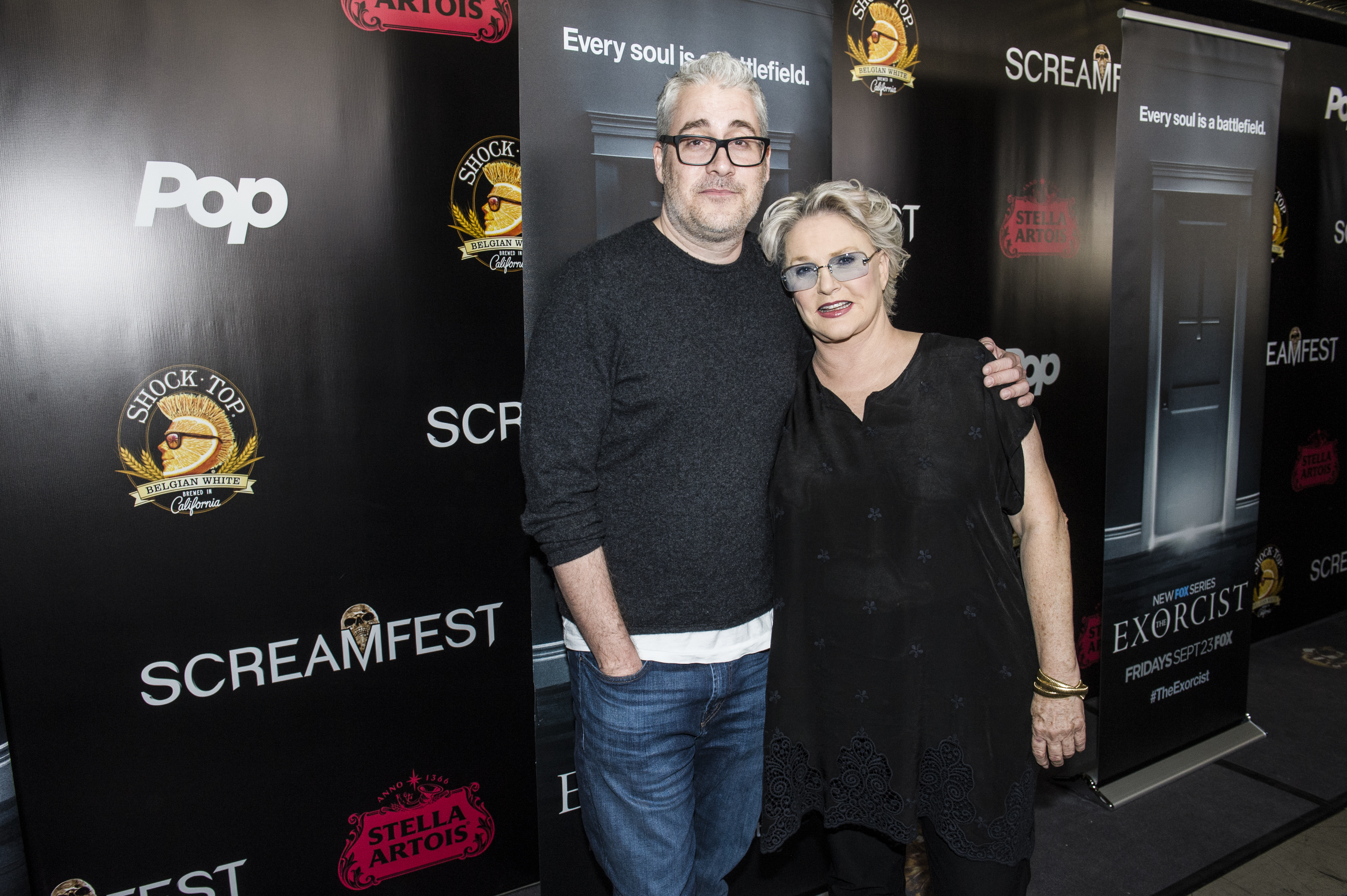 After taking a break for the now historic World Series, Fox’sThe Exorcist returns tomorrow night. As already discussed by Ed Martin elsewhere on MediaVillage, its last episode before the big time-out ended with the mother of all cliffhangers that left viewers heads spinning like Linda Blair’s in the original movie. Angela Rance (Geena Davis) is in fact Regan MacNeil -- the original possessed girl from the 1973 classic immortalized by Blair! She has spent the last 40 years estranged from her mother, Chris MacNeil, and reinvented herself as Angela.

Topping off the shocking reveal: At the very end of the episode – as if the reveal of Angela’s true identity wasn’t enough of a stunner – viewers saw that Mother MacNeil had finally tracked down her long-lost daughter and arrived at the Rance family’s Chicago home demanding to see her. While Ellen Burstyn (who received an Academy Award Nomination for her portrayal of Chris in the 1973 film) didn’t reprise the role for television, Cagney & Lacey’s Sharon Gless was more than willing to take it on.

“As soon as my agent called saying, ‘They want you for The Exorcist,’ I was like, absolutely!” Gless recently told me during an exclusive interview. “It was so cool, getting Ellen Burstyn’s role. I’m very much a fan of the original movie and saw it in the 70’s -- with the row behind me filled with Catholic priests!”

Gless admitted it was the presence of the priests -- not the film itself -- that left her nervous. “They all left and didn't speak afterward,” she recalled. “I thought that was very interesting and that the movie was wonderful.” In accepting the role, Gless did revisit the 1973 classic, which she thinks “holds up very well,” but chose not to watch the episodes that led up to her arrival on the series. “They sent me all of the scripts on paper, so I read them but I didn't watch them,” she said. “In fact we shoot on Fridays, so I was shooting every Friday while the episodes were airing.

“In some way it was beneficial not knowing,” she added. “[Chris] has been trying to find Regan for 40 years and when she sees her on television, asking for help to find her daughter who’s disappeared, I think she suspects what has happened. That’s how I’m playing the character anyway.” Gless firmly believes that Chris has lost all faith in God, but fearing evil is another story. “With what she saw in that bedroom with her daughter … This mother witnessed this and the two priests that came to help were killed so [she thinks] where the f%$# is God?” Gless said. “My character may not believe in God, but she does believe in evil and now it's [happening to her] granddaughter.”

For some viewers the timing of the seismic reveal, something usually reserved for a season finale, may have been premature, but series executive producer Rolin Jones (pictured at top with Gless) doesn’t see it that way. “We thought it was probably a good way to take a [break] and get people talking about it,” he told me. “But there are a lot of gymnastics that go into extending this exorcism over a number of episodes, so this is like a mini-cliffhanger. Every three or four episodes, I think, you have to deliver the goods.” 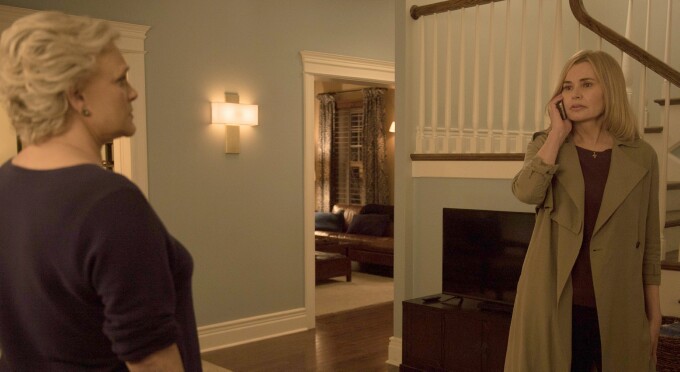 Jones also told me the major plot twist was one of the show’s closest-guarded secrets and something he and creator Jeremy Slater shared with star Geena Davis early on. (Gless and Davis are pictured above.) “We were about 45 minutes into our pitch meeting with Geena, on the phone talking about the kind of show it would be and the atmosphere we wanted,” he recalled. “We looked at each other and said, ‘Do we bring it on?’ You could hear the scream on the other end of the phone. Geena she was in from that moment!”

Sadly for fans of the beloved franchise this recent plot twist eliminates any chance of original Regan, Linda Blair, reprising her role in a cameo. However, according to Gless, her four-episode arc as Chris MacNeil will explore the demise of the mother/daughter relationship since Regan’s possession. “There's a reason that Regan left her and that will be explored,” Gless revealed. “She’s had 40 years to get over [what happened], but she doesn't ever get over it and you’ll see that as it goes along. Who she became after what happened will be explored in the next episode. She is not necessarily a stellar person, and she's been paying for that for 40 years.

“Now my concern is for my Rags,” she concluded. “In the last scene of the movie Ellen Burstyn says, ‘She doesn't remember anything,’ but apparently she’s starting to remember everything since we've parted.”