Shaun Robinson On Moving Behind the Scenes with Two Lifetime Movies

By Steve Gidlow April 09, 2021 Behind the Scenes in Hollywood Archives 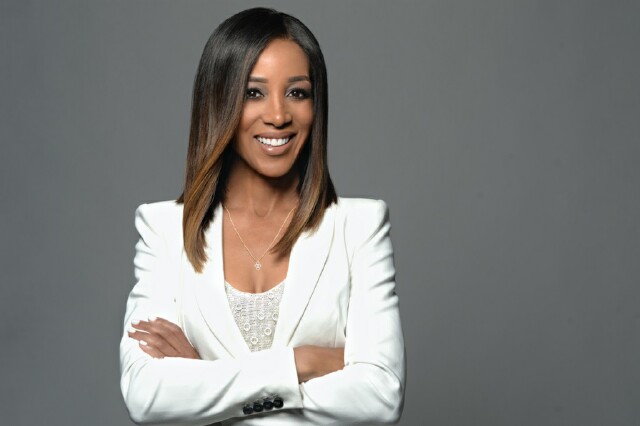 As a reporter for Access Hollywood, Shaun Robinson was a familiar face in front of the camera. But after 16 years, and more red carpets than you can imagine, she left to explore other avenues. This weekend Robinson embarks on a new career chapter -- that of executive producer -- with the premiere of Lust: A Seven Deadly Sins Story, the first of two Lifetime movies to bear her name in their credits. (Her second, Envy: A Seven Deadly Sins Story, follows on April 17.) For Robinson, making the switch to producing was a natural transition. "When I look back on my career as a reporter, one of the skills we learn is producing and putting stories together," she explained when MediaVillage spoke with her exclusively.

"Before you get to a show like Access Hollywood that has producers putting the stories together, you do it yourself," she continued. "I've always been creative; when I was little, I'd write little plays and perform all the parts. But after 16 years at Access, I started thinking, 'What else is there?' I'm so very thankful for the job and opportunities it gave me, but after a while, when you've covered 16 Oscars, 16 Grammys, there has to be something more. So, I started looking at producing in the true sense of the word; acquiring properties and looking at the different types of shows I wanted to produce and pitch. I created some docuseries, actually shot two pilots, and tried to diversify my portfolio with dramas and other formats."

<>One of those acquisitions was the rights to a new book series based on the seven deadly sins. "Patrik Henry Bass was the book editor at Essence Magazine when he got a galley for Lust," she recalled. "He called me to say Victoria Christopher Murray, a very prominent author in the African American community, is writing each of the deadly sins as books for Simon & Schuster, and I should option these books -- all of them. I actually knew her, so I called and said, 'I'd like to try to make these into movies.'  She said, 'Okay,' and we did the deal.

"This was in 2017, then I began pitching them around town," she continued. "I pitched to Lifetime, and other networks, and other producers and studios. I was pitching all around town, and what I've learned through this whole process is the timing has to be right. Everybody loved the project, but the timing wasn't right to move forward. Then Bishop Jakes did a very well received movie with Lifetime and he was looking for other projects to do with the network. I got a call asking if I still had those Seven Deadly Sins projects and this partnership with Lifetime came to be. It's been wonderful. I think about all the people that I pitched to and Bishop was the perfect partner for this. They're obviously his brand as he talks about faith, and these are sort of faith-based movies."

Being raised in the church herself, that element of storytelling was important. "I come from a very spiritual family, so my faith is very important to me," she explained. "That's why I loved this series; they don't beat you over the head and it's not preachy. They're fun, sexy and thrilling, but there's also that message of faith and that's what I really like about [them].

"One of the other things I love about these movies is that race is irrelevant," she added. "We have [predominantly] black casts, but you could replace the entire cast with white people and they'd still be the same movies. That's what's important about diversity and inclusion; actors will tell you sometimes they're only cast when it's a 'black role for a black person.' As we were going through the casting process, I was looking at all the actors available, many I'd interviewed. To be in a position of giving actors opportunities is wonderful. It's about somebody opening the door and saying we're going to bet on you. It could be life-changing and that's certainly what Lifetime did for me."

When it comes to transitioning to behind the scenes, the Emmy Award-winning Robinson remains indebted to her days as a reporter and the reputation it afforded her. "I'd say it opened the door for me," she said. "I could always get a meeting with someone because of Access Hollywood and because I've been in the business for so long. But I had to come with the goods. At first, I thought, 'My gosh, this producing thing is super easy.' Then reality hit me in the face, as there are so many steps and I've always wanted to be very involved as a producer."

Robinson's advice for anyone looking to make a career change is simple. "Start with a vision board," she suggested. "You have to see it and write it down. Did I ever think I was ready for a national television show? I knew I wanted it and I visualized it. I had very well-meaning colleagues say, 'There's not that many jobs for a black woman, stay in local news where it's safe.' I said, 'No, I want to do something bigger.' I guess it's just like that with producing.

"My mom's so proud," she laughed in closing. "Although, pride is one of the seven deadly sins, so I'm afraid to say that I'm proud! But keeping in line with how I was raised, I'd say that I'm blessed to have the opportunity. I know I worked hard for this new chapter in my career and it's an incredible feeling. I hope there will be many more projects and I can continue to open doors for other people. That's what I'm about."

Lust: A Deadly Sins Story will be telecast Saturday, April 10 at 8 p.m. on Lifetime.