“Shift” is “Happening” at Telemundo:  Upfront News and Views

By Juan Ayala May 22, 2017 Upfronts/NewFronts Archives 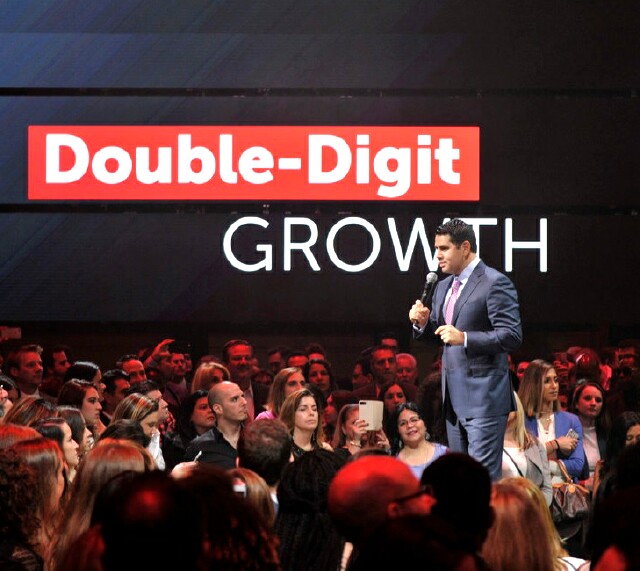 New York City’s Hammerstein Ballroom was crackling with excitement last Monday night as guests attending Telemundo’s Upfront presentation started filling in the retro, flat screen-covered venue.  Some of the biggest names in Hispanic entertainment were among the VIPs, including television personalities María Celeste, Don Francisco and Ana María Palo; telenovela superstars Kate del Castillo and Adamari Lopez, and rising music groups like Los Bambis, who gave a stellar performance later in the evening. Also spotted in the crowd, Miss Universe 2008 Dayana Mendoza, also known as a contestant on the 2012 edition of Donald Trump's Celebrity Apprentice. She was charming and gracious, but when asked what it was like to work with the man who would improbably become the 45th President of the United States she had little to say.

After a brief video sequence, accompanied by booming live drums and a dazzling light show, NBCUniversal International Group Chairman and Telemundo Enterprises Chariman Cesar Conde (pictured at top) greeted the audience.  “We’re investing in innovative, original content and we’re going to continue to do that,” he said.  “Our content is made by U.S. Hispanics, for U.S. Hispanics, right here in the United States.”  Hence Telemundo’s new message for the media, “Shift Happens!” 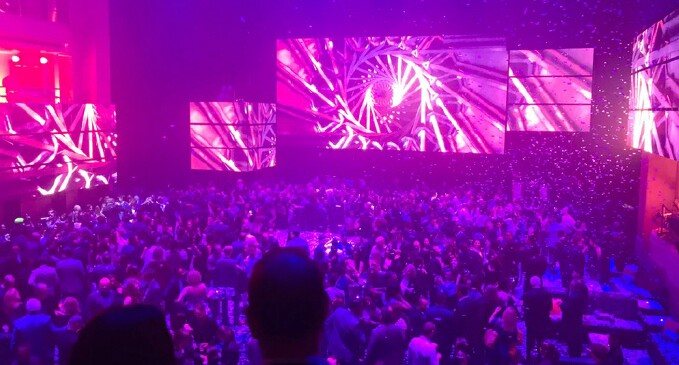 Some of the new programming highlighted in Telemundo’s presentation included the upcoming biographical miniseries El Secreto de Selena(Selena’s Secret), depicting the events surrounding the shocking death of Latin superstar Selena Quintanilla at the hands of her former employee and friend, Yolanda Saldivar.

Another upcoming miniseries is El Cesar, based on the life of Mexico’s legendary boxer Julio César Chávez, who during his illustrious career was undefeated for almost 14 years.  The series will focus on the darker side of Chávez’s life and involvement with drugs, several love affairs with some of Hollywood’s elite and the addictions that ended his career and nearly ended his life.

Luis Miguel focuses on the incredible career of the Latin superstar and also delves into the parts of Miguel’s life that are not commonly known to the public, including the heartbreaking relationship he had with his famous but neglectful father.

International media icon Don Francisco leads the new season of the successful series Don Francisco Te Invita, a live Sunday night talk and variety show featuring some of Hispanic America’s biggest stars.  Also, telenovela superstar Kate Del Castillo will return to Telemundo in Season 2 of La Reina del Sur -- seven years after its first season.  The storyline is tantalizing: After living a peaceful life in Italy for eight years, Teresa Mendoza (Castillo) re-enters the drug trafficking underworld to reclaim her place as la Reina del Sur (the Queen of the South) where her dark past quickly catches up with her.

At the end of every thirty-second preview, the audience erupted in cheers and applause, clearly interested in these new shows.  It is clear that Telemundo and NBCUniversal are doing their part to re-shape the future of Hispanic television and media, giving audiences what they have been asking for:  Riveting new dramas based on some of the most iconic entertainers, athletes and icons in Latin American history. 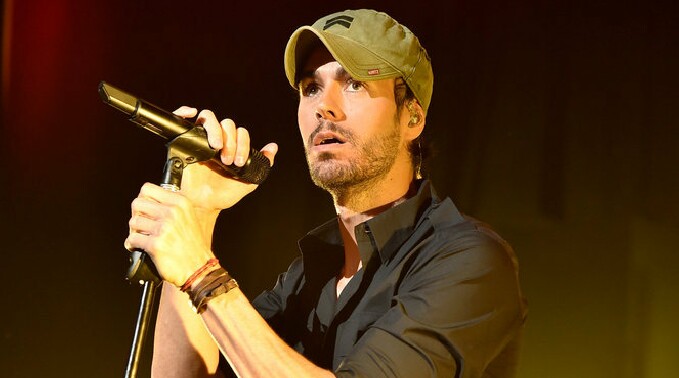 A performance by Enrique Iglesias (pictured above) was the evening’s main attraction. Accompanied by a fantastic band, a group of back up singers and a dazzling light show, he propelled the room from a powerful presentation to an all-out party, singing some of his biggest hits including "Bailamos (Let’s Dance)," "Tonight," "No Me Digas Que No (Don’t Tell Me No)" and "Baby I Like It."