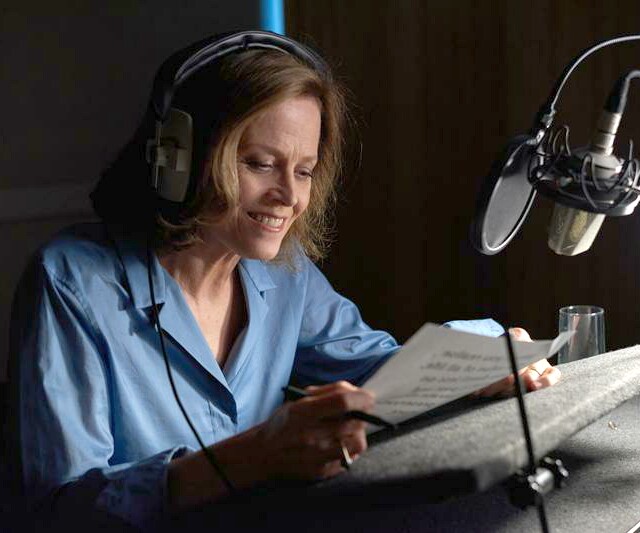 Sigourney Weaver has made a career out of playing tough, smart characters, but the one that touched her viscerally was a real woman, Dian Fossey, whom she portrayed in the biographical drama Gorillas in the Mist.  Although the primatologist was murdered 32 years ago her spirit continues to resonate with Weaver (pictured above), and she makes her voice heard again as the narrator of National Geographic’s global documentary miniseries Dian Fossey: Secrets in the Mist, premiering Wednesday, Dec. 6.  She also reads from Fossey’s previously unheard journals, including the final, gut-wrenching line: “When you realize the value of all life you dwell less on what has passed and concentrate more on the preservation of the future.”

In one of her very few interviews for this project, Weaver told MediaVillage that she had not yet seen the series, which seamlessly weaves interviews with Fossey’s colleagues, government officials, old Nat Geo footage of her with gorillas, and news clips about her violent death.  “I read some of her letters, which I thought were fascinating,” Weaver said while on a break from shooting the first sequel to Avatar. “I was so glad they included her voice.  She is passionate and practical.”

Weaver has spent a lot of time thinking about Fossey (p[ictured below).  She won a Golden Globe and earned an Oscar nomination for playing her in the 1988 film.  She remains in awe of the tough, self-taught Fossey who studied mountain gorillas in a remote section of Rwanda for 18 years.  Maintaining her distance and mimicking their sounds, Fossey kept inching closer.  Eventually, the gorillas accepted her. 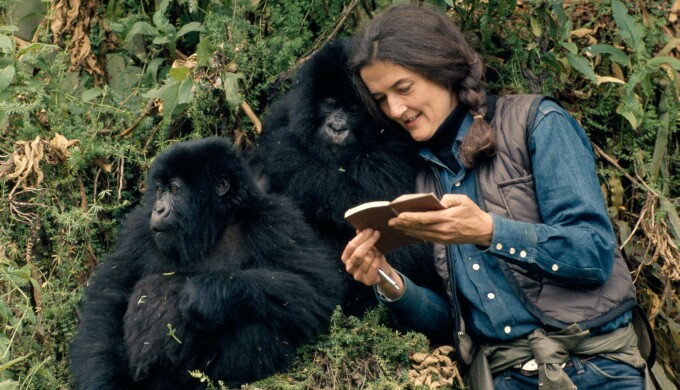 Magical scenes in Secrets reveal the magnificent beasts tenderly interacting with Fossey, a connection very few people experience.  Weaver described similar enchanted moments.  “I remember reading the book on my own, and thinking what a great story this is, and too bad you can’t make a movie out of this,” Weaver recalled of Gorillas in the Mist.  “You would have to work with mountain gorillas.  You would have to intrude on them.  I was amazed as to how we could work with them and protect them.  I went up with Study Group 5 and frankly those were some of the most blissful days I have ever spent.

“Surrounded by baby gorillas jumping up and down on me, urinating on me … this was the happiest thing in the world,” Weaver continued with a gentle laugh.  “It was such a huge gift to me.  With that came the understanding -- and Dian felt this even before she went to Africa -- that animals are equal denizens of our planet.  We do not respect their habitat or way of life.  They are considered subordinate to us and that really infuriated Dian.  She could see we were wiping out a huge percentage of the species.”

Fossey’s death was not in vain; the population of mountain gorillas in that rainforest doubled since she began her work.  Still, they are critically endangered and Weaver is careful to not claim victory. 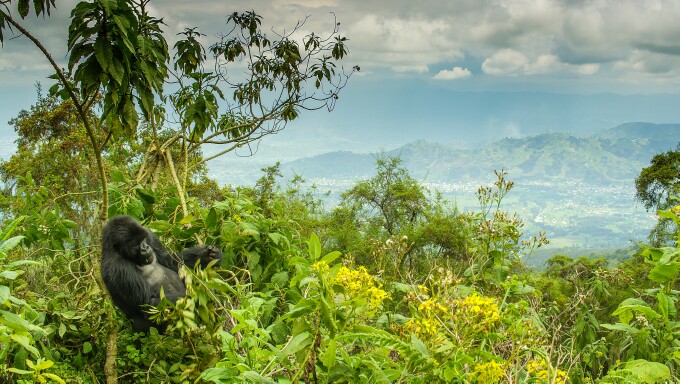 The miniseries, to be broadcast in 171 countries and 45 languages, reminds viewers of the bond between people and gorillas.  Living among them, first under a canvas and eventually in a small house 10,000 feet up in the rain forest, Fossey kept detailed notes on her companions.

Rwandans called Fossey “the woman who lives in the forest without a man.”  In the first episode, Gorilla Girl, Weaver reads her journal entry: “Neither destiny nor fate took me to Africa, nor was it romance.  I had a deep wish to see and live with wild animals in a world that hadn’t yet been completely changed by humans.”  The first episode also shows National Geographic photographer Bob Campbell’s famous footage of her.  The mist encircles lush mountainside, gorillas stare straight into the camera and frolic with Fossey.

The second episode, Dark Side of the Mountain, details the decapitation of Digit, one of Fossey’s favorite gorillas (they are buried near each other), and how ongoing battles with the Rwandan government forced Fossey to return to the U.S.  She used her time well, writing Gorillas in the Mist.  The woman who preferred the jungle to cities found herself making appearances on The Tonight Show Starring Johnny Carson.

The final episode, Murder on the Mountain, examines her December 1985 murder.  Fossey was horrifyingly hacked to death with a machete at her home in Rwanda.  The disarray of her house proves she put up a fight.  Nothing was stolen.  In quick order, Wayne McGuire, a researcher working with Fossey, was charged, found guilty and given a death sentence despite physical evidence not implicating him.  McGuire escaped from Rwanda.

Like most who have studied this case, Weaver says she has “no idea” who killed her.

Fossey was a complicated woman; some found her methods abrasive.  She brooked no arguments on the need to save mountain gorillas.  Her way was the only way.  The primatologist’s work meant so much to Weaver that she has long volunteered for the Dian Fossey Gorilla Foundation.

“Dian’s story is a very inspiring one,” Weaver says, adding that Fossey’s work resulted in Rwandans working with the mountain gorillas.  “It’s just empowering them to be the caregivers for this amazing species.”

Weaver wishes she had met Fossey.  Still, she says, “I felt she was a companion to me the whole time I was doing the movie, and she is still a companion to us.  She was quite an eccentric woman.”

The three-part Secrets in the Mist will be telecast on National Geographic on December 6, 13 and 20.