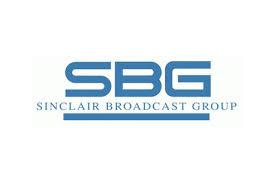 America's biggest owner of television stations stands ready to leap three bounds into being a big content force for those stations and beyond.

The bounder I’m alluding to is Sinclair Broadcast Group, with more than 150 stations nationwide, affiliated with all five major broadcast networks (ABC, CBS, The CW, Fox and NBC) and Fox's MyNetwork TV weeknight service. Sinclair's reach includes Baltimore, Minneapolis, San Antonio, Pittsburgh, Nashville, Cincinnati, St. Louis and Las Vegas, along with plenty of mid-size/small markets, mostly around the South, Midwest and Rocky Mountain states. Through a pair of corporate decisions, and the closing of an acquisition deal over these summer months, Sinclair is in position to impact the nature and quality of what viewers will see on their stations from here on in.

The deal having quick, near-term impact is forming American Sports Network, which will offer live coverage of football, basketball, soccer, baseball and other sports from several college conferences, led by NCAA football power player Conference USA. Also involved are the Colonial, Big South and Southern conferences and the Patriot League. (Disclaimer: I went to school at American University, a Patriot League member and this year's basketball tournament champion/NCAA tournament qualifier.)

In a few weeks, ASN will provide weekend and weeknight football from these conferences on Sinclair stations, mostly The CW and MyNetwork carriers because both services don't program on weekends.

In areas where Sinclair doesn't own a station, ASN will syndicate its games to other broadcasters for display on their outlet or multicast services or through regional sports networks carried on cable and satellite. Whatever way the syndication path goes, ASN boosts Sinclair's revenue by selling time to national sponsors, while Sinclair stations get spots for local sale.

With broadcast net affiliates on the hunt for more ways to cough up reverse compensation revenue for the networks they affiliate with ASN stands as a big help. We just witnessed the consequences of resisting a network's bark for more reverse comp, via CBS' termination, then switch of affiliation, involving Indianapolis station WISH.

Our second Sinclair pathway to bigger things is the completion of its $985 million buy of Allbritton Communications, operator of WJLA in Washington, D.C. and other stations. In with that deal: NewsChannel 8, the award-winning cable service covering the D.C. metro area. Ever since that deal was announced last year, Sinclair management has hinted they have a grand strategy for NewsChannel 8 once they get it. One idea is to make NewsChannel 8 a national broadcast, cable and/or satellite alternative to the news/info service marketplace. Another is making NC8 the de facto D.C. bureau for all Sinclair stations nationwide, providing live reports and features as needed. A third is the formation of a news cooperative with non-Sinclair stations to offer material on an ongoing basis. We should hear more about what directions will Sinclair takes with this venture by the end of the year.

The latest and perhaps most consequential strike is the formation of an original programming unit, believed to get Sinclair into the scripted TV business, just as broadcast station rival Tribune has organized over the last year via former Chicago-based superstation WGN America. Tribune is two-for-two on scripted so far, with “Salem” renewed for season two and “Manhattan” winning raves as one of summer's best new dramas, plus pundit buzz on contention for next year's Primetime Emmy Awards. All Sinclair is saying for now is that the unit will create weekend afternoon and evening series for its CW/MyNetwork affiliates and explore alternatives for national and international distribution.

Shades of the 1980s and 90s when many independently-owned stations filled their weeknight/weekend time periods with such original hours as “Hercules,” “Star Trek: The Next Generation,” “Baywatch,” “Xena,” “Relic Hunter,” etc. If Sinclair can capitalize on the boom in original scripted TV, get a few notable series creators or top feature filmmakers to hoist anchor with them, as Tribune/WGN America did, as early as next fall, the results could be transformative for the broadcast station universe.

Meredith, Raycom and Scripps have succeeded in varying degrees with their respective in-house efforts for original daytime and early evening syndicated series (“Better,” “Right This Minute,” “Let's Ask America”). Sinclair's three-way content drive, if successful, can push these station groups and others into more ambitious content territory. That can be an extremely valuable push if the broadcast networks aim for a bigger chunk of reverse compensation/retransmission consent money to compensate for less ratings and advertising income in the seasons ahead.