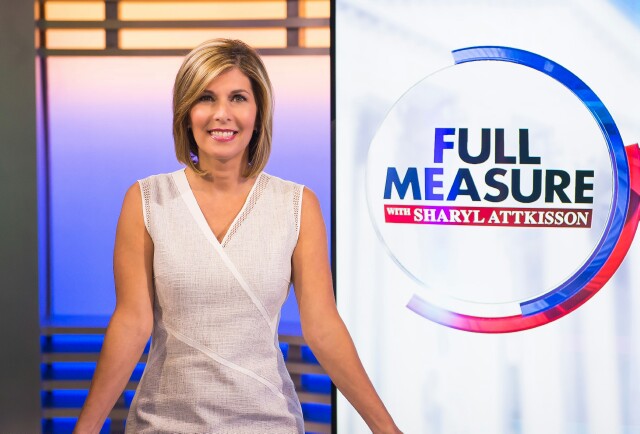 Every notable television series takes time to find its sweet spot, or in trade lingo, its voice with viewers.  More than midway through its second year, Full Measure with Sharyl Attkisson, Sinclair's Sunday magazine-format half-hour news program, has done exactly that – by holding lawmakers and shapers accountable.

What started as investigative long-form journalism -- and one of Sinclair's first moves into national programming -- has evolved into what executive producer Batt Humphreys (pictured below) labels "accountability reporting," which viewers appreciate in growing numbers.  Cumulative audience is up substantially year-to-year, in part because among the company's 162 stations in 74 markets are playing Full Measure.  And, a growing number are now double-running each episode on Sunday mornings, then again later in the day.  Increasingly, that second run happens in primetime or following the station's late local newscast.  Examples include CBS affiliate WRGB in Albany, New York (10:30 p.m.), Fox station WUTV in Buffalo, New York (10 p.m.), ABC affiliate KDNL in St. Louis, Missouri (10 p.m.) and The CW's WUFL in Raleigh, North Carolina (11 p.m.).  Separately, the program is also streamed nationally at 9:30 a.m. ET.

The audience surge "has transcended and surprised all of us," Humphreys acknowledges.  "When we started this venture, it was about giving 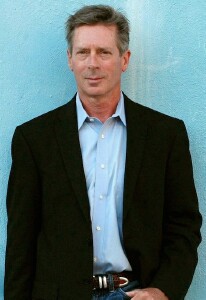 perspective to investigative stories based in Washington, D.C., with a somewhat jaded eye.  I think we've developed a program, content and an audience for journalism that holds government accountable; that looks at us with the same eye and level of comparison as they would for 60 Minutes.  That's a huge compliment."

Just like 60 Minutes, Full Measure leads off with an extended cover story which brings an aspect of government accountability, or lack of it, to light. For example, its Memorial Day weekend edition led with “The Price of Power," reported by anchorperson Sharyl Attkisson, and explored the effort by members of Congress to obtain committee and subcommittee roles by raising money for both major political parties.  Often, that money is generated through special interest lobbyists related to issues covered by those committees and subcommittees. One observer of this practice interviewed on-camera called it "borderline extortion...money over merit."  Other segments covered how Birmingham, England deals with the threat of terrorism, and whether President Donald Trump has followed up his campaign promise to transform China's trade policy.  Some episodes wrap with a "Follow the Money" feature pointing out examples of irresponsible government spending, updates on recent stories or viewer feedback.

So far, Full Measure has operated without corporate or outside interference.  "There's an absolute fire wall here, unlike some places in my past," Humphreys says.  "I've never felt any push or pull from anyone who may or may not have issues with any reporting we do.  One very positive thing about our engagement with Sinclair is that we have not had any push/pull influence (from them) over what we report and how we go about reporting."  What has been a boon was starting as Sinclair’s first national content creation platform, launched as a “device or model for what it could be,” Humphreys continued.  “It’s been a good process in developing, in essence, a network inside of Sinclair, with its distribution, sales and multi-platform promotion.”

How Full Measure goes about its business from here is likely to expand in advance of starting its third year and its anticipated 100th episode this October.  Humphreys, Attkisson and Sinclair news director Scott Livingston, will participate in a "Hearts & Minds" tour of key company affiliates this summer, checking out potential journalistic and promotional synergies to leverage Sinclair’s local at scale opportunities.  With the number of stations playing Full Measure Sunday nights, internal conversation on a special primetime episode has come up. However, no decision has yet been made on that.

Of more consequence this fall, Sinclair could expand the program's reach to New York, Los Angeles and Chicago, the nation's top three TV markets, by finalizing its acquisition of Tribune Media (owners of WPIX/New York, WGN/Chicago and KTLA/Los Angeles).  That, in turn, gives Sinclair the option to attract national advertising for Full Measure, especially if all three stations (and many of 40 other Tribune-owned stations) add a second run Sunday nights.