Sinclair’s Ring of Honor: An “Entertaining Sport,” Not “Sports Entertainment” 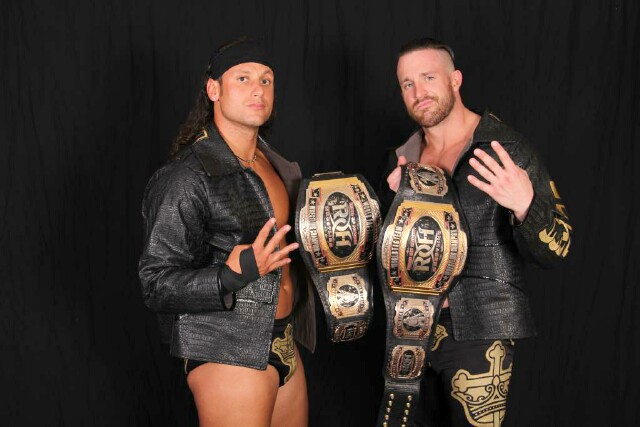 Half a decade ago, Sinclair Broadcast Group boldly went where no company of its kind had gone before -- entering the realm of drop kicks, suplexes and figure-four leg locking. Half a decade later, professional wrestling promotion Ring of Honor, under Sinclair's guidance, has transformed into a top-rope performer. While WWE (World Wrestling Entertainment) remains the dominant pro wrestling force, ROH is building a national and international following all its own. Every city in which Sinclair has a television station (or two in many cases) plays this weekly hour of wrestling action, and the company is now syndicating ROH in areas beyond its coverage area. So far, stations in Philadelphia (ROH's home base), Dallas, Miami and Atlanta have signed on, and ROH has landed time periods on New England Sports Network (NESN) and Cox Sports Cable's regional channel throughout Texas and Louisiana.

(Editor’s Note: This is the second in a series of columns about the numerous content pathways of Sinclair Broadcast Group, the nation's largest owner of television stations. The first column was about Sinclair’s investigative news program Full Measure with Sharyl Attkisson.)

Along with all that domestic clearance, ROH's hour-long showcase, operating year-round with no repeats, is gaining international distribution.  Fight Network, the all boxing/mixed martial arts channel from Canada that has picked up U.S. cable/satellite distribution the last two years, is a carrier. Coverage on Samurai TV in Japan, Portugal and other corners of the world are expected to clear ROH in the coming months.

"We're now part of the narrative with WWE in a major way," declares Joe Koff, ROH's Chief Operating Officer for the entire five years of Sinclair ownership. (During the last three he has doubled as the broadcaster's Vice President of Training.)  "This works as more than another way that we produce content and [remain] in control of the content our stations run. This is a multi-revenue stream business, and we have a path into all those streams."

The lure of those streams -- television syndication, advertising, live event management, pay-per-view/video-on-demand, merchandise sales -- ignited management at Sinclair to operate a wrestling league, despite arguments to the contrary. Independent promotions of a regional or sometimes national nature have come and gone over the decades. Few have stayed the course for as long as WWE or TNA/Impact Wrestling (which just avoided an economic collapse).

Koff, who worked at Championship Wrestling From Florida during its heyday in the mid-1980s and entered Sinclair's management ranks in 2003, believes the decision to go ahead was tipped by what WWE did the year before -- end its long-running broadcast series and put all its TV chips on basic cable and PPV presentations. "Wrestling was a big staple in local TV for years, dating back to the medium's early days [when Dennis James hosted live matches at ringside in black-and-white]. The opportunity to keep this on broadcast was what excited [Sinclair CEO] David Smith to move ahead."

Another factor was ROH's emphasis on athleticism and sportsmanship, instead of flashy characters and ongoing storylines that can fuel stereotypes at times. The 30-plus wrestlers in action on a consistent basis are urged to let their skills do the talking, shake hands before and after matches and avoid outside interference or striking back at referees.

"While other places label what they do as sports entertainment, we operate as an entertaining sport," Koff said. "We show wrestlers who practice their craft seriously, watch their health and make this their way of life." (ROH stars Matt Taven, left, and Michael Elgin are pictured at top.)

ROH tapes four hour-long episodes at some of its 40-plus live events around the country. Sinclair's stations and other affiliates air their weekly episodes in weekend late-night time periods. Sinclair's station lineup covers more than 41 million households, or 39 percent of all U.S. TV households. Nielsen estimates that more than 500,000 households watch ROH each week.

Comet TV, the science-fiction multichannel venture between Sinclair and MGM, provides additional nationwide exposure for ROH Wednesdays at midnight. Affiliates get eight minutes each hour for local ads, with Sinclair retaining four for national ads and updates of future live events, or PPV specials like Final Battle, the annual year-end showcase happening at Hammerstein Ballroom in midtown Manhattan this December.

Direct-response clients are the prime national time buyers now, Koff notes.  A major goal for 2017 is to line up some major national sponsors for the broadcast hour, tying them in with the arena and PPV presentations.

Beyond TV, ROH action is available on DVD for sale through mail order and at live events. Other merchandise for sale includes posters, hats and T-shirts featuring favorite wrestlers.

While maintaining a great fan experience regardless of venue, Sinclair will go for more domestic and international TV markets next year, including a new basic cable window for its weekly hour. (Discovery diginet Destination America ran ROH for six months in 2015, and HD Net, now AXS TV, had its own ROH series before Sinclair owned it.)

One way or another, Koff and his colleagues also want to develop additional revenue options from ROH’s Internet and social media exposure.  More than 1.2 million people visit ROH's web site per month, and the social media outreach includes 715,000 U.S. likes on Facebook and 128,000 Twitter followers. "All this social media, because of its instantaneous nature, has changed the way we do business," he says.

A business that lives and grows suplex by suplex.