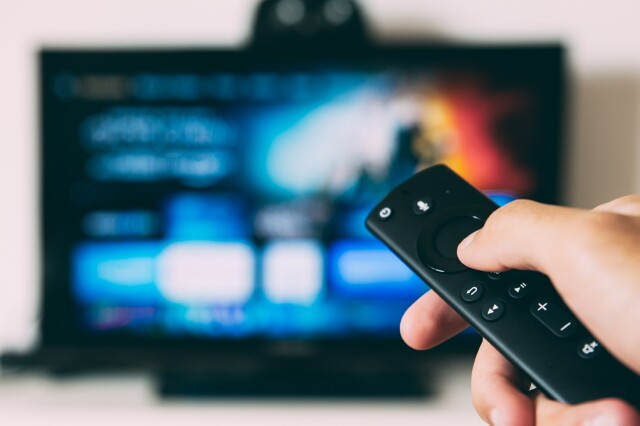 Four key members of the smart TV set-making fraternity -- Samsung, LG, Sony and Hisense -- came to CES 2022 last week to announce and demonstrate their latest TV set models, features and functionalities. Whether offering their presentations in-person or virtually, all four companies suggested their new initiatives represent big bets on how the public will expand the role of TV in their lives.

Both Samsung and LG offered “gaming hubs” in their 2022 smart TVs, bringing loads of top videogames from various suppliers playable with wireless controllers. LG and Samsung plan distribution of titles from NVidia’s cloud-delivered GeForce Now service, while Samsung has a deal to offer games from Google Stadia’s catalogue.

In the interactive arena, Sony’s upcoming Bravia XR smart TV models will contain BraviaCam, a camera system embedded inside the set that allows viewers to shift the picture vertically or horizontally with a hand gesture. With Google TV as Bravia XR’s operating system, BraviaCam promises to give users a viewing experience that extends to video chat and, according to a Sony press release, “many other fun, new experiences waiting to be explored.”

Hisense’s virtual CES 2022 presentation also noted plans to incorporate gaming and Google TV-powered interactive services with its next round of smart sets. Exactly what services will be deployed in the coming months was not detailed.

LG’s interactive service effort will expand in many directions beyond gaming, through its next generation of smart TV set models. One is “Live Now,” presenting live concerts and events where viewers can interact via chat and other means. Another is “LG Fitness,” a 24/7 gateway to workouts and classes viewers can take or put together, then check their progress using a pop-up video dashboard. A separate HomeDance app presents a selection of dance classes and routines.

Both 2022 and 2021-released LG smart sets will introduce Independa, a telehealth service where viewers can confer with their doctors or dentists from home, plus see health/wellness videos at their leisure and get prescriptions filled at a discount from local pharmacies. Independa, running as an online app for over a decade, is attempting to land additional smart TV distribution agreements.

Samsung’s effort for mass adoption of smart home/apartment controls, kicking in with its 2022 models, has three advancements, including SmartThings Hub, special connectivity software that can work with software inside various Samsung appliances, and Home Hub, an artificial intelligence-powered app that turns the smart set into “your everyday home assistant,” according to a Samsung executive describing smart home plans at the company’s in-person CES keynote.

Also, Samsung will become a charter member of Home Connectivity Alliance, a new consortium of manufacturers exploring smart home interoperability across TVs and other devices. Other charter members include General Electric, Electrolux and Trane. The alliance also will develop universal standards for data security and user privacy.

Leading smart TV set maker Vizio, whose breakfast event at Advertising Week New York last fall suggested a bigger role for ITV with its 2022 sets, did not show up at CES 2022 last week. In recent months, Vizio has launched a group of original channels known as Features, covering subjects from science fiction to the hop-hop scene. More channels are in development.

Also in absentia at CES 2022: Amazon and Comcast, the newest entrants in the smart TV set marketplace. Comcast launched its XClass line of sets last fall, while Amazon introduced models using its Fire TV operating system. One key feature of Amazon’s sets is Smart Dashboard, a pop-up app where users can display their home security camera or check the status of various appliances.