Smartphones Have Become a Staple of the U.S. Media Diet 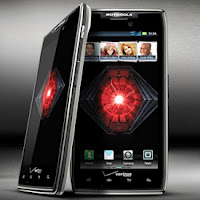 When it comes to technology, sometimes there is a world of difference between wanting something and actually needing something. In the case of smartphones, the devices’ ubiquity in terms of U.S. penetration of 82% and cross-platform functionality definitely put them in the latter category.

According to Nielsen’s fourth-quarter 2015 Comparable Metrics Report, smartphones across all adult demographic groups are the most used platform, in terms of days per week among users of each medium—with adults 18+ using their devices nearly every day in the week (5.8 times per week), followed by television (5.5 times per week). Adult TV viewers watch an average of 5.5 days per week. Tablets are used more often by people ages 35-49 than ages 18-34. Penetration among ages 50 and over is only 19%, but those owners use tablets most often.  Smartphone owners within the age range of 35-49 use their phones most often. (This includes app and web usage, not talk, text or email).

Nielsen also found significant differences in the weekly media diet between ethnic groups. Black audiences watch more TV than any other group, averaging almost 50.5 hours a week compared to an overall average of 35.5 hours. Hispanic adults listen to radio for almost 13.5 hours a week, slightly above the 13-hour average, and they spend the most time using their smartphones – almost 11 hours a week compared to an average of 8.5 hours and a little over 7 hours for Asian Americans. Overall, Asian Americans consume the least media by far except when it comes to TV-connected devices, which they use for an average 30 minutes a week longer than the average American.

“Smartphone penetration is nearly as high as TV set and radio ownership, and consumers carry their phones everywhere.  High penetration plus portability and customized functionality have made them a staple of consumers’ media diet,” said Glenn Enoch, SVP of Audience Insights at Nielsen.  “Smartphones provide advertisers and marketers with the opportunity to reach consumers with information throughout the day.”

As consumers continue to be presented with a proliferation of media devices and services, analyzing media usage with comparable metrics provides an apples-to-apples view of consumption across platforms, as marketers and advertisers continue to plan for the future.